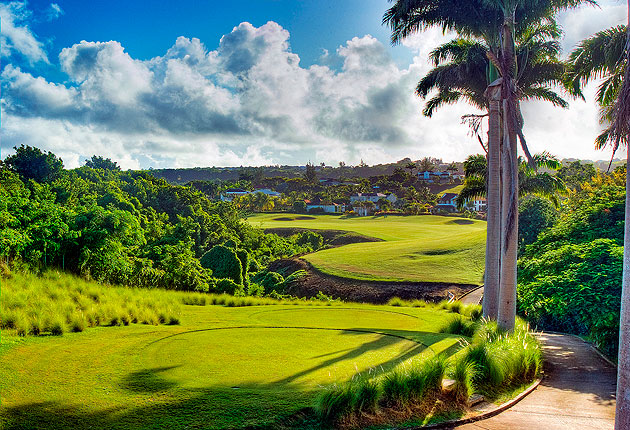 Royal Westmoreland, the exclusive private estate on Barbados’ west coast, is celebrating its 20th anniversary this April and reflecting on the changes that have taken place over the years.

The golf, beach and spa resort set across 750 acres of lush, tropical landscape has become a coveted address on Barbados and barely recognisable from the original site of sugar cane fields in 1994. Whilst there has been extensive development in Barbados over the last 20 years it remains the only gated golf community with completed amenities on the island today.

It was back in 1994 that Yorkshire businessman Bill Rooney purchased the land commissioning Robert Trent Jones to design and build the championship golf course and a building programme of luxury villas commenced. In 2004 UK leading leisure entrepreneur John Morphet purchased the estate, and has since spent £50 million improving and adding to the existing facilities.

As of today, 200 homes have been built and sold on the estate with only 5% of the land constructed upon. The estate continues to develop and sell a variety of apartments, villas and development opportunities which are largely purchased by the British, Canadians and Americans.

Reflecting on original photos of the 1994 site with those of present day, John Morphet says: “I think everyone who has been involved with Royal Westmoreland can all be extremely proud of its development. The long standing appeal for home owners has been that it’s an established development, and therefore a less risky investment for overseas buyers. They love the golf course, the community of like-minded people and the privacy. When you add the wonderful lifestyle, the friendly local people and fabulous weather, it’s a winning combination.”

Former winner of the Masters – Ian Woosnam OBE was one of the first high profile sports professionals to buy a home at Royal Westmoreland in 1995, says: “It has been nice to see how the estate has improved over the years, to see how it has developed and what it has become. I have seen new homes being built and many new facilities added; the golf course has improved, especially with regards to the bunkers and the cutting has got better. The design of the golf course is fantastic and has the best layout of all the courses on Barbados.”

Other stars from the world of sport who have purchased a property at Royal Westmoreland include Michael Vaughan, Mike Gatting and Andrew Flintoff, whilst the fairways are regularly occupied by legendary West Indian cricketers Brian Lara, Sir Garfield Sobers, Gordon Greenidge and Desmond Haynes. World class golfers Nick Faldo, Darren Clarke, Sam Torrance, Gary Player and Bernard Gallagher have also added their names to the exclusive list of visitors to play the course.