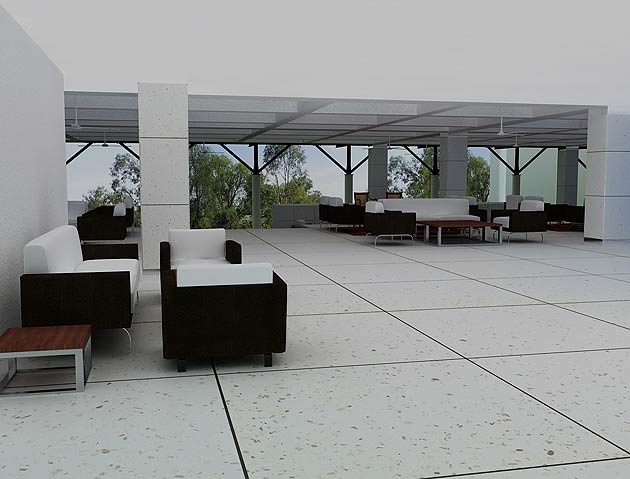 Cinnamon Hotels & Resorts (formerly Chaaya Hotels & Resorts) has announced that it will re-open its Kandyan property, the Cinnamon Citadel, in November 2012 following an extensive £2.67 million (US$4.2 million) six-month renovation programme.

Surrounded by sweeping green hills, and the serene waters of the longest river in the country, the Mahaweli River, the Cinnamon Citadel sports a more modern, sleek, and minimalist look whilst still paying homage to the cultural and historical significance of the city, considered the last Sinhalese dynasty. The overall result is a distinctly individual, contemporary and welcoming four-star offering that retains its sense of place and ‘local’ influence. 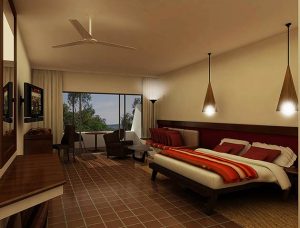 The re-design, curated by renowned Sri Lankan architect Channa Daswatte, sees Kandy’s grandeur and rich history sit seamlessly and subtly alongside a chic and modern style. Vast white public spaces include touches of the city’s heritage red, brass trimmings and Kandyan motifs carved into the ceiling of the main restaurant. The influence and inspiration of the resort’s locality is further interpreted through the use of unique and local Kandyan crafts with all furniture and soft furnishings (with the exception of just a few chairs) sourced and created in Kandy. Elements such as the fabric wrapped in traditional Dumbara weaves, and the metal screens inspired by the same method and leather cushions inlaid with Kandyan embroidery, are all locally produced and unite with a 21st century interpretation of Kandy’s precious legacy and culture.

The 93 Superior and 26 Deluxe rooms draw upon colour and textural influences to create and deliver a fresh, vivid ‘local’ take as a combination of the classic heritage red, mustards and crimsons, rattan lampshades and rugs sit intensely, yet delicately, against white-washed walls and crisp bed linen. Each bedroom comes complete with its own terrace with either garden or river views. The two Suites are located in the newest wing of the hotel offering guests the most peaceful and tranquil position across the grounds with far-reaching, silent views of the Mahaweli.

When it comes to dining, the property provides visitors with three dining options in its two restaurants: Asian, International, and Continental cuisine. The hotel also boasts a swimming pool overlooking the river, complimentary Wi-Fi, as well as a boutique housing local arts and crafts. Excursions available to guests include a visit to the Temple of the Sacred Tooth Relic, the most famous Buddhist institution in Sri Lanka, the Peradeniya Botanical Gardens renowned for its collection and variety of orchids, and the Pinnawala Elephant Orphanage, currently the largest nursery for captive elephants in the world.

Superior rooms at Cinnamon Citadel Kandy start from £101 per night on a bed and breakfast basis.