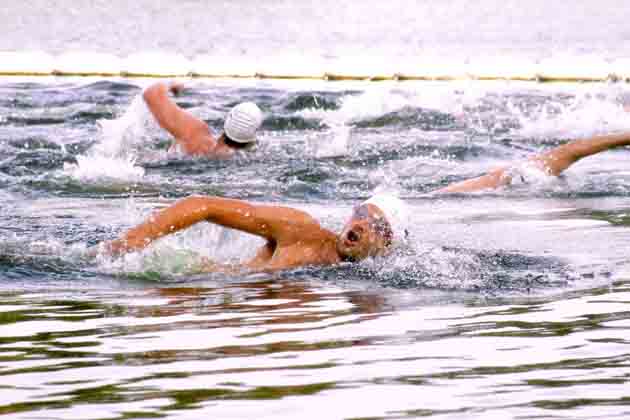 Mark Shand, Founder of Elephant Family, and friends decided last Sunday morning to race each other in the iconic Serpentine! This was in celebration of the charity’s new partnership with luxury swimwear firm Love Brand & Co., created by London designer Oliver Tomalin.

Reminiscent of a bygone era, early that morning the men met Mark Shand, brother of the Duchess of Cornwall, in Hyde Park, London. On the grassy banks of the Serpentine lake they warmed up while sizing up the competition. Then without further hesitation they braved the bracing waters only wearing their team colours, (Elephant Family in Green) selected from the current collection of classic Love Brand & Co. trunks, notably including silver tusks at the end of the drawstrings! 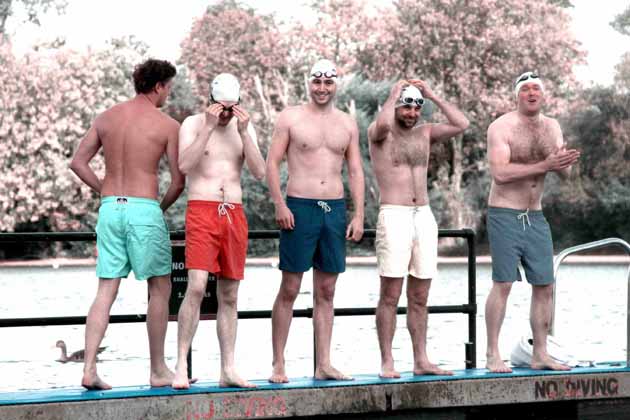 The crew of 32 men battled out a freestyle swimming relay, racing to raise vital awareness for endangered Asian elephants in the wild. Amused supporters came to watch from vintage deck-chairs at the Lido, with lots of retro cup cakes to go around. The splashing about also attracted more passers by to line the banks of the lake and help cheer on the determined group. The quintessentially British feeling of the morning was made complete by everyone warming up with a cup of tea after the race. The winners, the Cowell Group Team, received a Trophy from Mark Shand who thanked Love Brand & Co for the partnership and gave a big kiss to Jessie, the organiser from the charity.

The innovative Elephant Family, known for their award winning projects The Elephant Parade, Jungle City and The Big Egg Hunt, reportedly would like to make Shand’s novel idea an annual event, next year opening the swim in the park to the public.