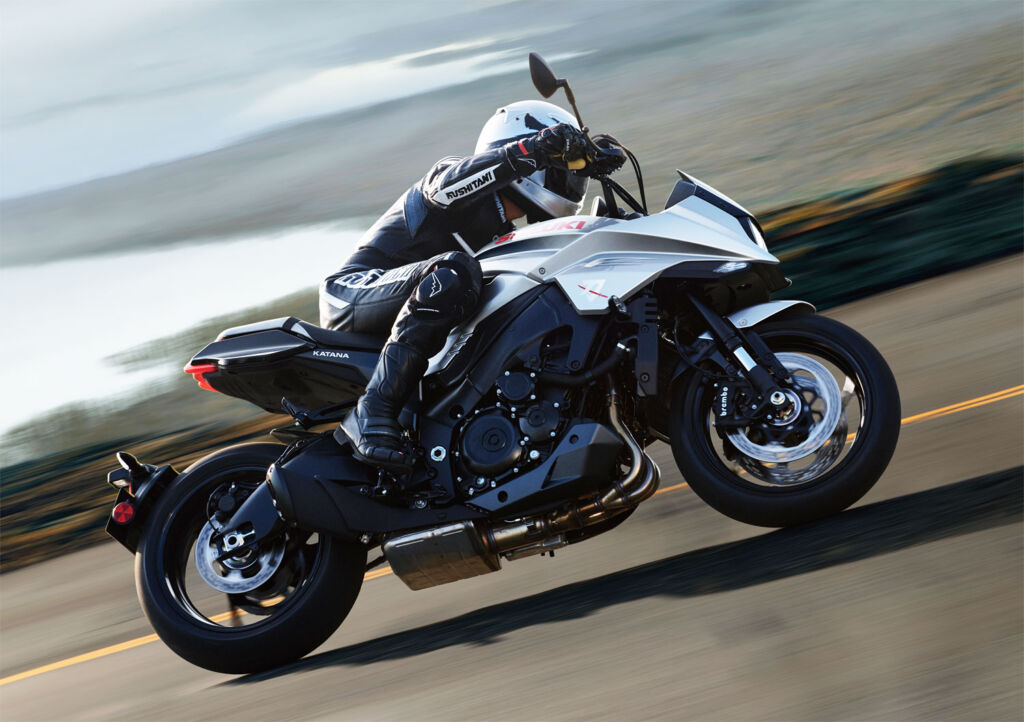 The Suzuki Katana has been around since 1981, where it was greeted with awe. The sharp, clean lines cut a dash and is such a change from the companies’ previous GS Models which just so happened to be my first experience of a Suzuki.

I have to say riding the Katana away from Milton Keynes was emotional. Getting into motorcycles through my uncle, him owning a Suzuki GS 550e; I became an avid Suzuki fan. When the Katana came to the UK, it was the bike every motorcycle enthusiast wanted to own. Well, maybe that is an overstatement, but certainly, it was popular. We’ve heard of the top speed, the sharp detailing along with the superb handling.

Riding one forty years after the Katana came to Britain, would it live up to its iconic status?

Negotiating the myriad of roundabouts around Milton Keynes, I followed my TomTom Rider SAT Nav’s route to Bletchley Park. I have always had an interest in Military History, so I decided to combine riding the Katana home, with a visit to the museum at Bletchley. The route I put into the TomTom was to take me on some glorious back roads giving the bike a good test, while I had plenty of fun. 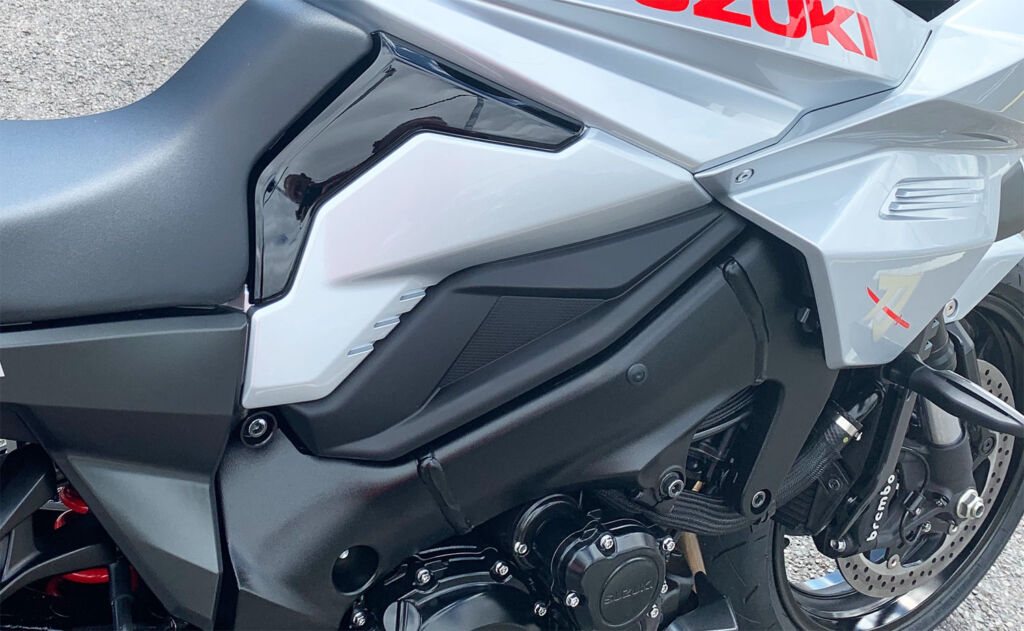 The 1000cc engine on the Katana gives you an abundance of power in every gear, which means if you turn off the Traction Control via the modes setting, you can easily wheelie the bike. You do have three levels of TC as well as fully disabled. As a safety feature, the TC resets on startup, defaulting to fully on.

Suzuki has still got the handling right on the Katana as it safely takes you through the twisty roads at speed. Agility is superb as it can be flicked around at will. The B Roads leading to Bletchley Park provided an enjoyable ride enabling a decent trial for the Katana’s handling. 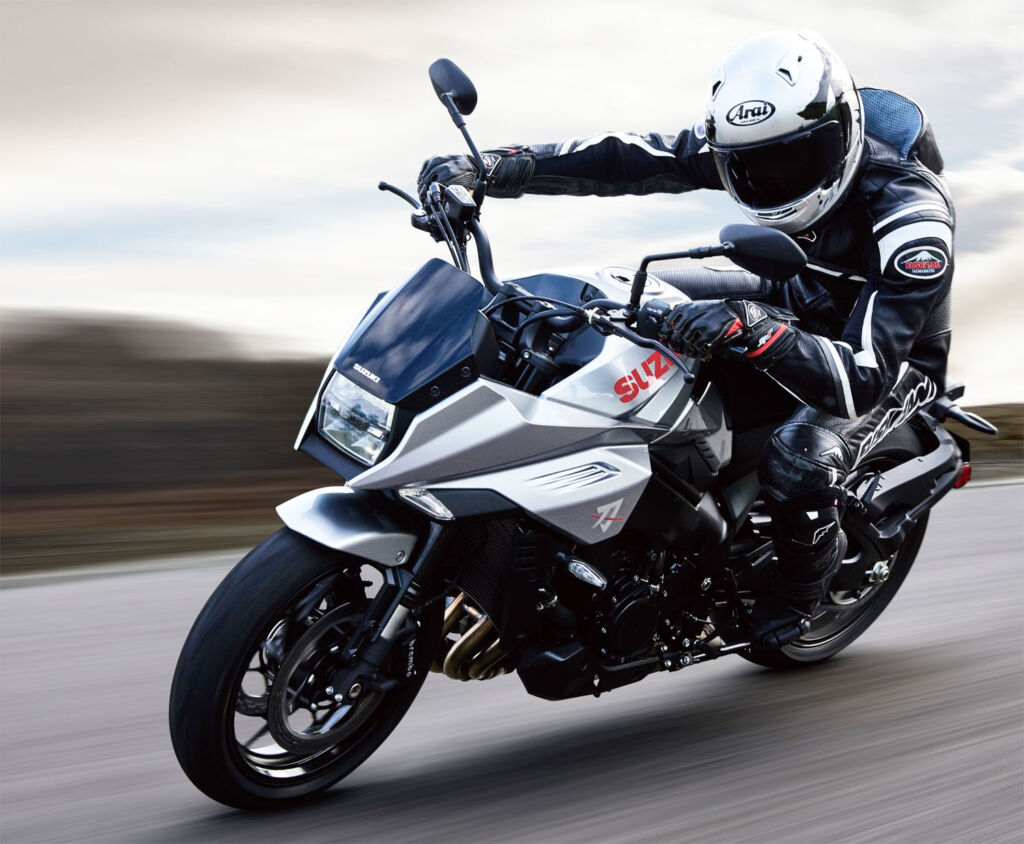 After Bletchley park, I headed home using A-roads to return to Hampshire, which allowed me to open the bike up, which the Suzuki loves. The Katana is a street bike which now gains the label of Naked due to its lack of full fairing, screen etc. Simplistic in its looks yet it is packed with modern technology. The TC modes I have mentioned, these are adjusted through a button on the left of the handlebars.

The full digital display is crystal clear showing the rider all the information they will need, speed, revs, gear selection, fuel status and more. I can still remember the analogue twin circular speedo and rev counter of my Uncle’s GS, which I loved glowed red at night. It would be excellent to see old-style speedometers brought into the modern era with digital displays within them.

The fuel tank is 12 litres just over two gallons so with around 53 mpg fuel economy you get about 120 miles on a tank depending on riding style. This can be annoying when wanting to get a lot of distance done in a short time. It does, however, fit well with how most owners will ride the Katana, which will be weekend blasts for an hour or so between stops. It would also be a lovely commuter for spring and summer when you want to cut through the traffic, a broad beam on your face. 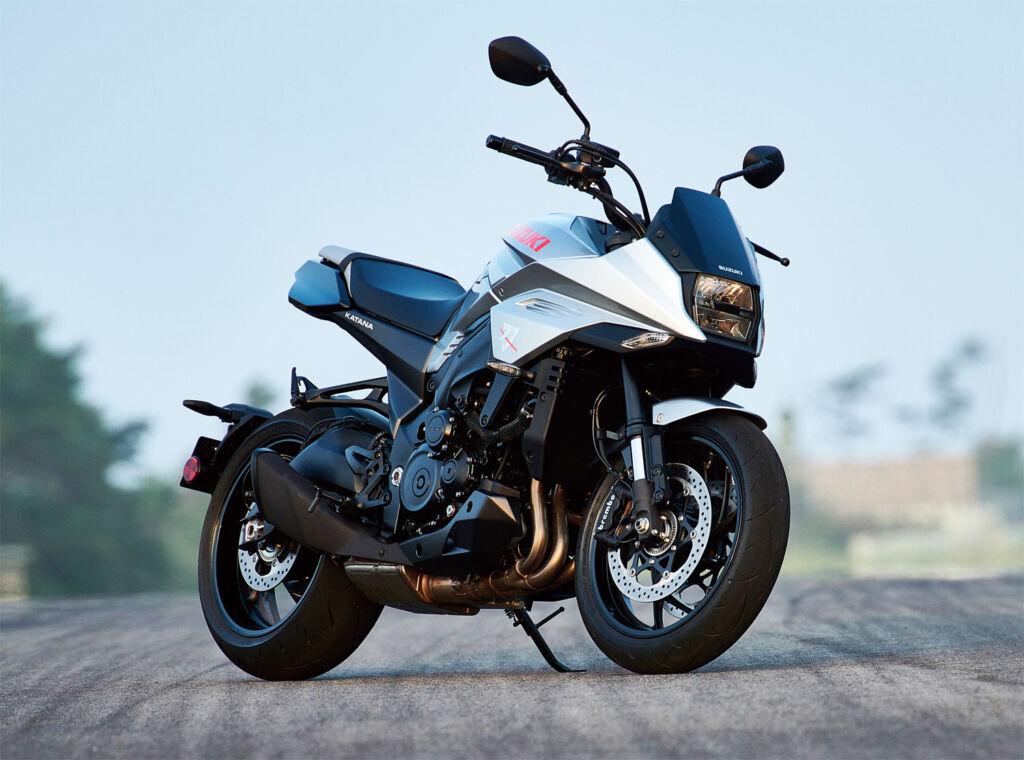 The Suzuki Katana provides a lot of fun and has to be worth a test ride if you are looking at purchasing a street/naked bike. Competition comes from the BMW R-nine-T, Honda CB1000R and Triumph Speed Triple.

For me, the riding of the Katana was a boyhood dream come true, and it did live up to its Iconic status. Although other companies have produced models that match the performance and handling the Katana name is still sharp in peoples’ minds and on the road.

Suzuki Katana – Where and How?

The Suzuki Katana is priced at £11,399 and includes a two-year, unlimited mileage warranty.

For more information on the Suzuki Katana, visit www.bikes.suzuki.co.uk.