Asia in Amsterdam, featuring 170 objects of luxury and craftsmanship from Asia that fuelled a revolution in taste and design across Europe in the Golden Age, will go on show in sumptuous settings at the Rijksmuseum from 17 October 2015 – 17 January 2016. 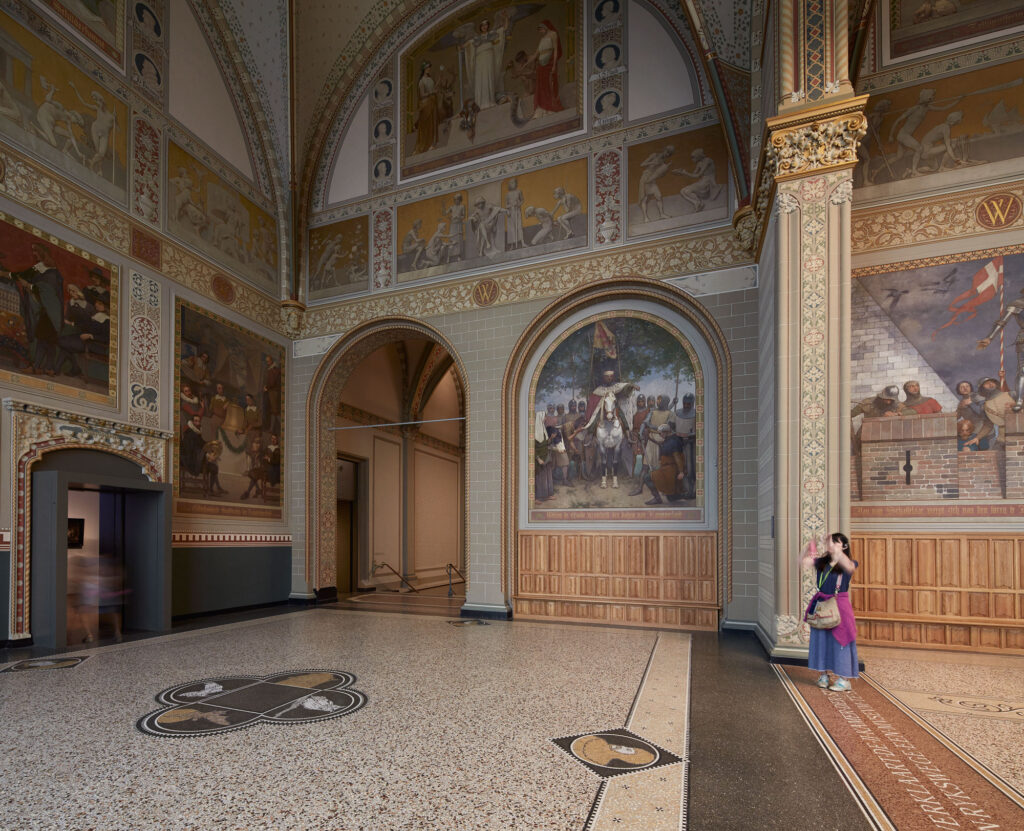 The exhibition features an extraordinary array of priceless objects from Asia, reflecting the lavish lifestyle of collectors of the period and the power of Amsterdam in the 17th century, built on the profits of the ‘world’s first multinational’, the Dutch East India Company.

On show will be white and blue porcelain from China, silks, lacquer work and ivory from Japan, shells, black ebony and filigree from India, gem-studded jewellery from India and Indonesia, alongside masterpieces of Dutch and Asian art of the period.

Among the notable exhibits are a series of drawings by Rembrandt of Shah Jahan, shown alongside Mughal miniatures of the period that inspired him; a black and red lacquer portable commode, embellished with gold, silver and mother-of-pearl, possibly a gift presented to Henrietta Maria of England on her visit to the Netherlands in 1642; reflecting the craze for exotic shells and mother of pearl, a decorative cup made of polished turbo shell, mounted and lavishly decorated with fanciful sea creatures made from gilded silver dating from 1607; a panel of Indian miniature paintings from the celebrated Millionenzimmer, Empress Maria Theresa’s room at Schloss Schönbrunn, Vienna, originally filled with at least 266 Indian miniatures; a silver filigree writing box, among the most important 17th century objects made of this type, originally owned by the House of Orange; and demonstrating Amsterdam’s role as the centre of the diamond trade, a number of spectacular diamond items of jewellery including a massive ‘breast jewel’ (about 1630), a gold and enamel brooch, over 12 centimetres in width, set with two hundred and eight table-cut diamonds in the fashionable cosse de pois (pea pod) style.

The exhibits are drawn from the encyclopaedic holdings of the Rijksmuseum and the Peabody Essex Museum in Salem in the United States, as well as loans from some of the world’s other great museums and private collections.

Among these are the Royal Collection, London; the Ashmolean Museum, Oxford; the Royal Collections in Sweden; the Thyssen Bornemisza Museums, Madrid; the Chateau de Versailles, Paris, the National Gallery of Art, Washington; the Art Institute, Chicago; the Orientalist Museum, Doha; the Staatliche Museum, Berlin; the Museum of Fine Arts, Budapest; the Kunsthistorisches Museum, Vienna.

The exhibition will also throw the spotlight on some of the treasures of the Rijksmuseum’s permanent collection alongside. These include the Dollhouse of Petronella Oortman (1686-1710), built and meticulously furnished over a period of nearly 25 years, with Asian or Asian-inspired works of art in most of its rooms: the shelves in the kitchen are filled with Chinese and Japanese porcelain and Dutch glass, Indian chintz blankets furnish several of the beds, a black japanned cabinet is decorated with chinoiserie gilding and sprinkled with tiny flecks of gold to imitate Japanese lacquer.

The exhibition is presented by the Rijksmuseum in partnership with the Peabody Essex Museum in Salem, Massachusetts, which has one of the most beautiful Asian export art collections in the world, and is a major lender to the show. The exhibition will travel to the Peabody Essex Museum after its showing at the Rijksmuseum, opening in February 2016.

The exhibition Asia in Amsterdam will be on view in the Peabody Essex Museum in Salem, US from February 27 till June 4, 2016