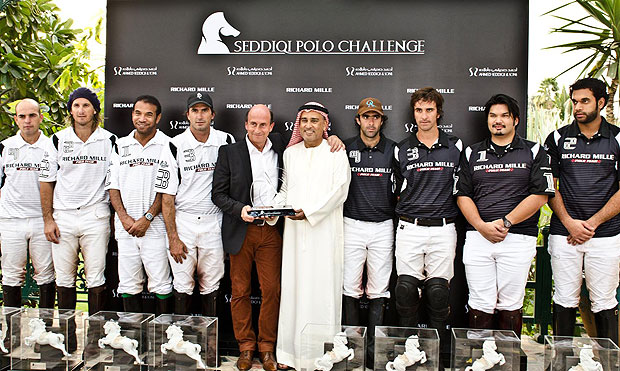 It was an exceptional first edition of the ‘Seddiqi Polo Challenge’ which paid homage to the three best polo players in the world.

Richard Mille and Mr. Abdul Hamied Seddiqi, (Vice Chairman of Ahmed Seddiqi & Sons) presented the winning players with their trophy and applauded the efforts of both teams for putting on a world class performance. Commenting on the game, Mr. Seddiqi stated “Today’s match was a testament to the skill of these great players and one cannot help but appreciate that polo is a sport that requires great precision and strength, yet has a timeless elegance to it. It is a privilege for us to be associated with some of the finest names in polo and to have conducted the first Seddiqi Polo Challenge in Dubai”. 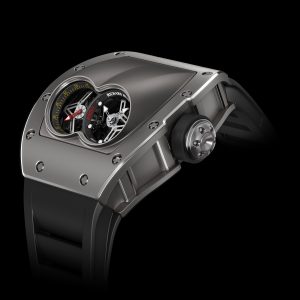 Whilst competing on the field the Richard Mille players wore specially crafted RM 010 limited edition timepieces, featuring an ‘all black’ DLC-treated case and red dial, which is in line with the team’s official colours. And for the 2012 polo season Richard Mille unveiled at the Salon International de la Haute Horologerie the new RM 053 Pablo Mac Donough Polo Tourbillon featuring a totally new ‘armored’ case in titanium carbide engineered to tolerate the extreme shocks likely to occur during a polo match. Inspired by the iconic tonneau shape the case has two raised arcs leading to two viewing windows unveiling a tourbillon movement tilted at a 30˚ angle. The seconds run with the tourbillon cage on the left viewing window and on the right the hours and minutes are shown.

Polo is possibly one of the toughest sports for any tourbillon watch to have to deal with; sudden turns, wild swings, the clash of horses and riders, these are forces far greater than the norms found in other sports. Known as the ‘king of sports’ polo is uniquely elegant and highly physical.