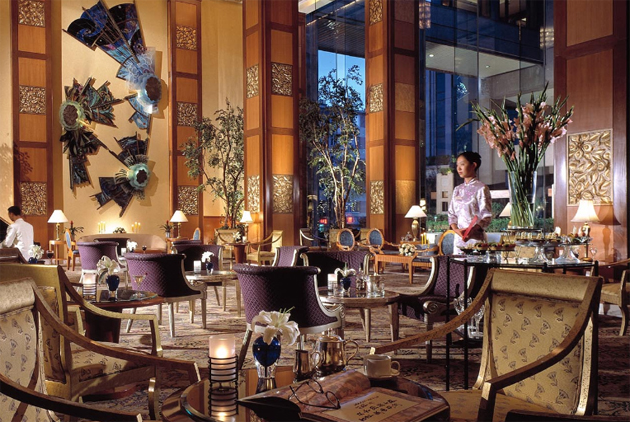 The luxury hotel overlooks the Dalian harbour and currently features 563 deluxe guest rooms with 195 serviced apartments. Designed by the world-renowned Tokyo-based KKS Group, there are plans to construct a new 40-storey tower north of the existing hotel to house an additional 110 guest rooms and 82 serviced apartments, bringing the total numbers to 673 and 277 respectively and making Shangri-La the largest deluxe hotel and serviced apartment operator in Dalian when the tower opens in 2015.

Occupying the top floors of the tower, the new guestrooms will feature panoramic views of the city or harbour, and will have a minimum space of 50 square metres, making them the largest in Dalian.  Featuring a contemporary interior style by Wilson Associates of Singapore, all rooms and suites will be equipped with the finest bedding and customer-centric technology such as wireless and wired Internet access, flat screen televisions and DVD players to enable guests to both work and relax in their rooms. Elegantly appointed serviced apartments ranging from one to three bedrooms will accommodate long-staying guests and will be available for sale as well.

“With the addition of the new tower, Shangri-La Hotel, Dalian will reinforce its position as the leading hotel in Dalian and the region,” said General Manager Patrick Low. “It will allow us to better cater to the increasing demand for luxury accommodation, innovative restaurants, and comprehensive meeting facilities for local, regional and international guests.” 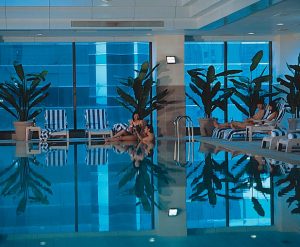 All guests staying at the new tower will be entitled to enjoy the benefits of the Horizon Club, Shangri-La’s exclusive retreat for discerning travellers.  Set in an enviable location at the top of the tower, the Club will offer a host of special amenities and privileges, including a 650-square-metre lounge that will be ideal for daily breakfast and cocktails, fully-equipped meeting rooms, and express check-in and check-out services. In addition, a generously-sized 700-square-metre club house will be provided for the exclusive use of the apartment guests.

Culinary offerings will be enhanced by a new speciality restaurant and gourmet shop that will be welcome additions to the hotel’s existing outlets which already feature Chinese and Japanese restaurants, an all-day dining café, lobby lounge and bar.  To capitalize on the requirements of the corporate travellers, the new tower will present the largest meeting and function area in the city with its range of multi-functional space, including a 700-square-metre junior ballroom and 150-square-metre VIP room.  The new facilities will complement the existing 1,664-square-metre grand ballroom and 15 function rooms. All meeting and function space will be equipped with the most advanced technology.

Opened in 1997, Shangri-La Hotel, Dalian, the leading five-star hotel in the city, is located in the heart of the city’s commercial district and within walking distance of Dalian’s top banks, entertainment area and the largest shopping mall.  Only a 20 minute drive to Dalian International Airport, the hotel offers a host of food, entertainment and leisure options as well as city’s most comprehensive range of conference, meeting and banqueting facilities and services. Complimentary broadband Internet access and Wi-Fi services are available in all guestrooms and in the hotel’s public areas.