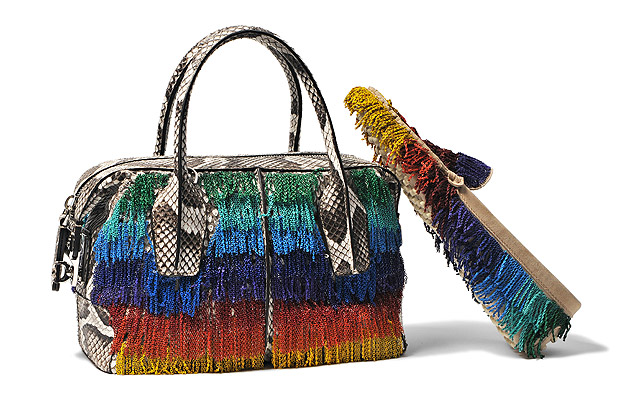 Who do Nicole Kidman, Charlize Theron, Cindy Crawford and Catherine Middleton have in common apart from the fact that they are highly photogenic and much photographed whenever they step out? Well, they are all fans of the Tod’s D-Bag.

Refined, understated luxury, impeccable taste and enviable quality; these are the hallmarks of Tod’s. tAnd these are undoubtedly what the D-Bag represents. In case any of you are wondering, the “D” in D-Bag stands for Diana as Princess Diana was a fan of the bag and was spotted carrying it on several occasions.

The production techniques used to create this famous piece (and all Tod’s bags) are similar to those used by ancient saddle makers. Extreme skill and attention to detail is required for the cutting of the leather and the sewing and finishing of each style as it is meticulously pieced together.

The D-Bag was introduced in 1997 as part of the first ever Tod’s bag collection. The new range was a classic, chic reflection of the quality and design of Tod’s shoes. From the beginning, the D-Bag proved popular, particularly with Tod’s celebrity clientele – apart from Princess Diana, the other celebrities spotted carrying it include Princess Caroline of Monaco, Cindy Crawford, Kristin Scott Thomas, Julianne Moore and Hilary Clinton are among the many prominent women who have owned one, now followed by Nicole Kidman, Catherine Middleton, Anne Hathaway, Charlize Theron, Diane Kruger, Naomi Watts and many others. 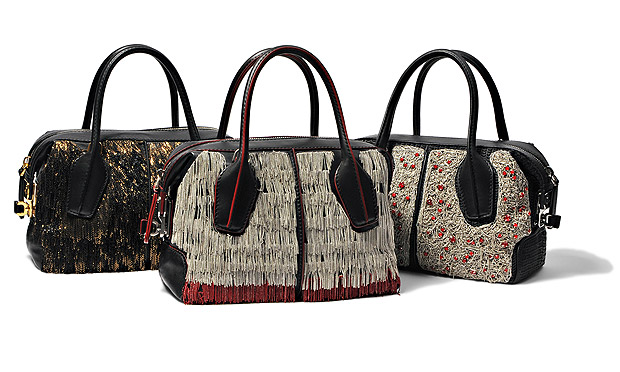 Above all, it is the excellence of the hides with which every D-Bag is made that mark this style out. The leathers come from exclusive tanneries and are all-natural. Some even undergo a remarkable process where they are placed in soil. As time goes by, these hides acquire a rich antique quality as they age through their exposure to air and light.

After years of success thanks to its timeless design, its functionality and beauty, and the superior craftsmanship with which it is made, the D-Bag has become a true Tod’s Icon, available every season in new materials and new colours.

For SS13, the D-Bag comes in precious daytime options with a sophisticated and soft structure, in a variety of luxurious python skins.

There is also a special “Couture” edition in precious skins, which emphasises the artistry and craftsmanship involved in making this style, confirming the D-Bag’s status as a modern-day object of desire.

Inspired by the world of couture, the Tod’s D-Bag “Couture” Collection is made using the finest materials by skilled artisans which create one-off limited edition pieces for a highly discerning clientele. 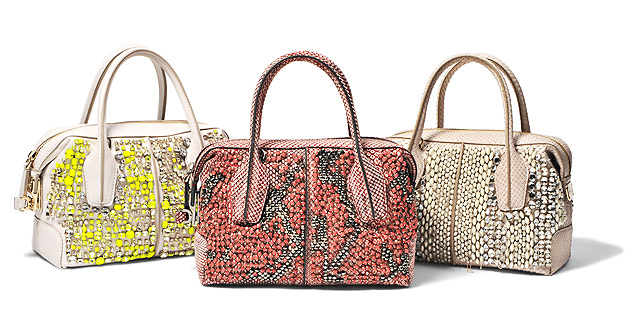 The Tod’s D-Bag “Couture” Collection takes as its starting point the D-Bag, the iconic bag of the Tod’s brand that has proved so successful with women all over the world. With fans that have included the likes of Catherine Middleton, Nicole Kidman, Anne Hathaway, Charlize Theron and Naomi Watts, the D-Bag is the perfect foundation on which to build a couture approach to bag making.