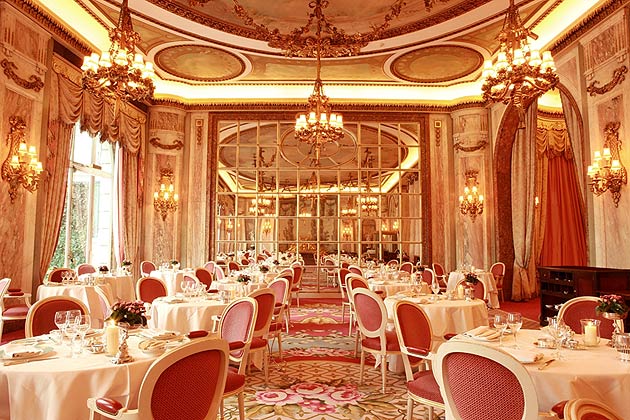 Since opening its doors to the world in 1906, The Ritz Restaurant in London has left a lasting impression on everyone who has ever had the chance to dine there.

It’s often described as the most beautiful hotel restaurant in Europe. The late Margaret Thatcher loved it so much she always dined at Table One. Her preferred menu in later years, it has been rumoured, was chicken consommé, followed by Dover sole with new potatoes and spinach, whilst dessert was always fruit.

The first thing you notice as you walk into this eatery is the rich Louis XVI-inspired décor and the chandeliers which reflect in the panelled mirror. The room is furnished with pastel colours combining pink, green and white, spanning from the curtains, to the carpet, table cloths and chairs. When we arrived, we could see Green Park through the vast floor to ceiling windows and the sun shining into the room enhanced the interior. By the time we left – almost four and a half hours later – the room took on a more glowing cosy feel and basked in the low evening light of the chandeliers and candles. 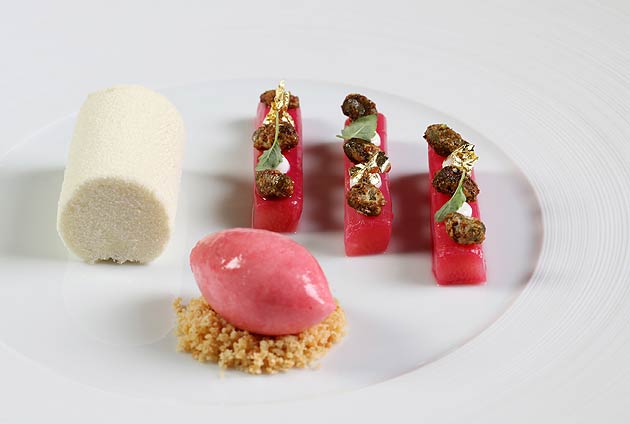 Waiters were smartly dressed in their signature tail coats and the service was slick. Our host was quick to pour us a glass of champagne, and we ate canapés of yoghurt biscuit with smoked salmon and prawn crackers with lobster mousse. There were many dishes on the menu that sounded very inviting but we were swayed by our waiter’s suggestion of their recently launched ‘Les Arts de la Table’ menu. Les Arts de la Table is the forgotten art of table service and the Ritz Restaurant remains one of the few venues in London that are in keeping with this timeless tradition.

Classic dishes were presented to us to choose from and then carved before being plated by the tableside; the bresse chicken demi-deuil for me and the leg of baby lamb for my guest. You could say that this type of service is the bridge from the kitchen to the table with an element of theatrical excitement. The vegetables – heart of celery, carrots, baby leeks, onions and lettuce came perfectly dressed in a bullion flavoured with Perigold truffles, Madeira and cream.

Head sommelier Tobias Brauweiler’s recommendation of the Domaine Tollot-Beaut, Chorey-les-Beaune 2009 wine to accompany the chicken was spot on. Being a fan of a good Riesling, I also sampled a bottle of Egon Müller Riesling 2011 from the Moselle region in Germany. 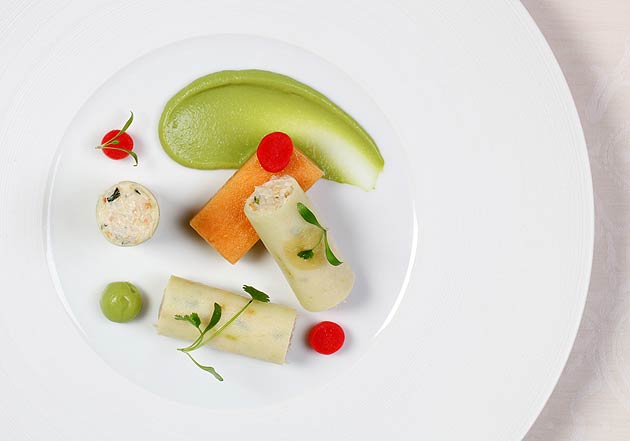 And like behind every man there is a good woman, so there is a top professional behind a good dinner. And this professional is Executive Chef John Williams MBE, who has been at the Ritz for the past nine years. Having recently been awarded Tatler’s Lifetime Achievement Award and adding to his existing accolades, he developed his passion for cooking at an early age and was initially taught by his mother. His glittering career which spans over 40 years has taken him all the way to The Ritz via The Savoy, Claridge’s and The Berkeley.

The Ritz is truly in a class of its own and it is a true privilege to have dipped into one of the most talked about restaurants in the world. A three-course menu costs £47 per person, whilst the ‘Les Arts de la Table’ costs £75 per person, and from those choosing to go à la carte, a meal for two with wine will cost around £190 including service. 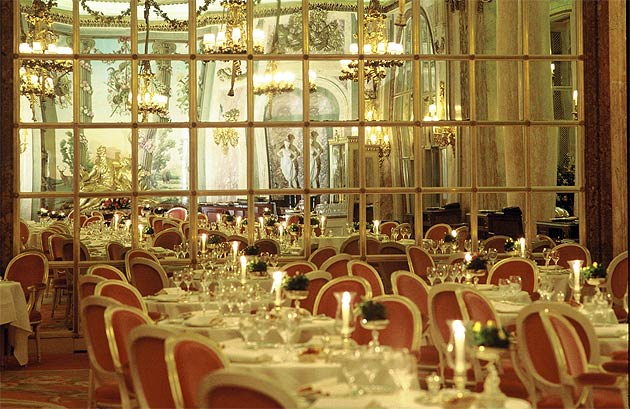