When looking to satisfy the rumbles of one’s stomach at Coworth Park, there’s plenty of choice on offer, and with varying degrees of sophistication. For those seeking the fine dining experience, which we opted for, for dinner, the destination to head for is the one Michelin-starred Restaurant at Coworth Park which showcases a modern outlook on classic British dishes. Headed up by Executive Chef, Adam Smith, it’s an intimate setting, accommodating only 66 guests at a time. Diners sit in comfortable red leather chairs, and the ceiling is furnished with what can only be described as a large autumn leaf wreath-type structure. 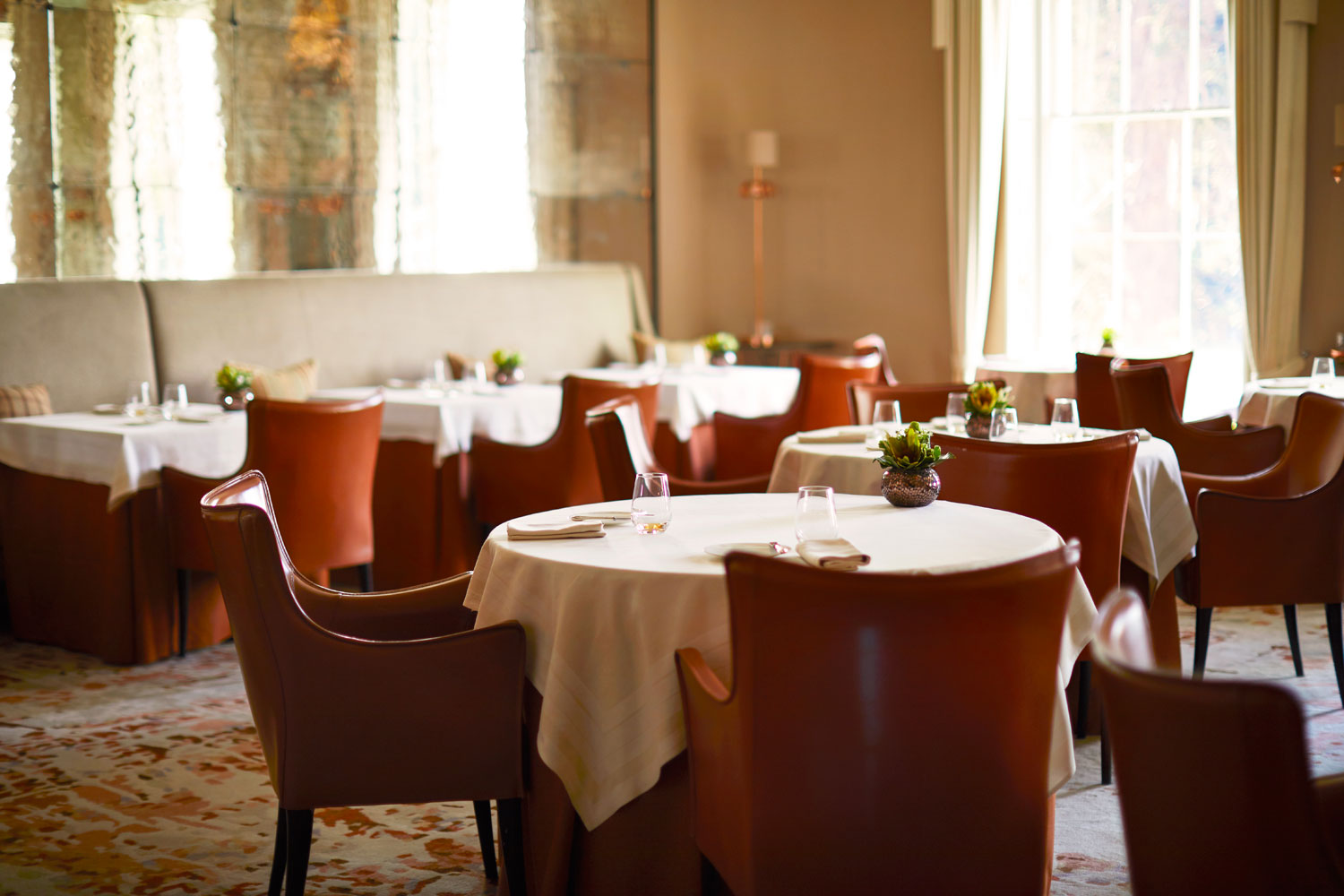 There are eight chefs cooking away behind the scenes at the Restaurant, with a total of 50 on-site who work across the estate to stave off the hunger of guests. There’s an impressive £110 eight-course tasting menu, plus two à la cartes, one regular and one vegan (priced at £80 per head for three courses). What’s more, if you have a dairy intolerance, and dietary preferences which lie in between the two menus, you can mix and match like my other half duly did.

To make perusing the paperwork easier, we were supplied with a steaming hot and deliciously crusty white sourdough bread which came with a scoop of unsalted butter and one called “Café de Paris”, made with tomato and Worcester Sauce, an interesting Bloody Mary-esque recipe. A few minutes later, and it was time to savour some delicate amuse-bouches before tucking into my starter, the “Celeriac and Apple Royal”. Featuring a round and crisp pastry base, and topped with a smooth celeriac purée and a piece of shaved truffle, it was brilliantly prepared and oozed quality.

My other half went for the cauliflower soup (from the vegan menu), which was artistically poured into the awaiting bowl, and on to the tangy morsels of pickled green cauliflower, which subsequently interspersed with the deliciously creamy concoction. With a further few pieces of crusty sourdough bread in hand, it was finished in a short space of time.