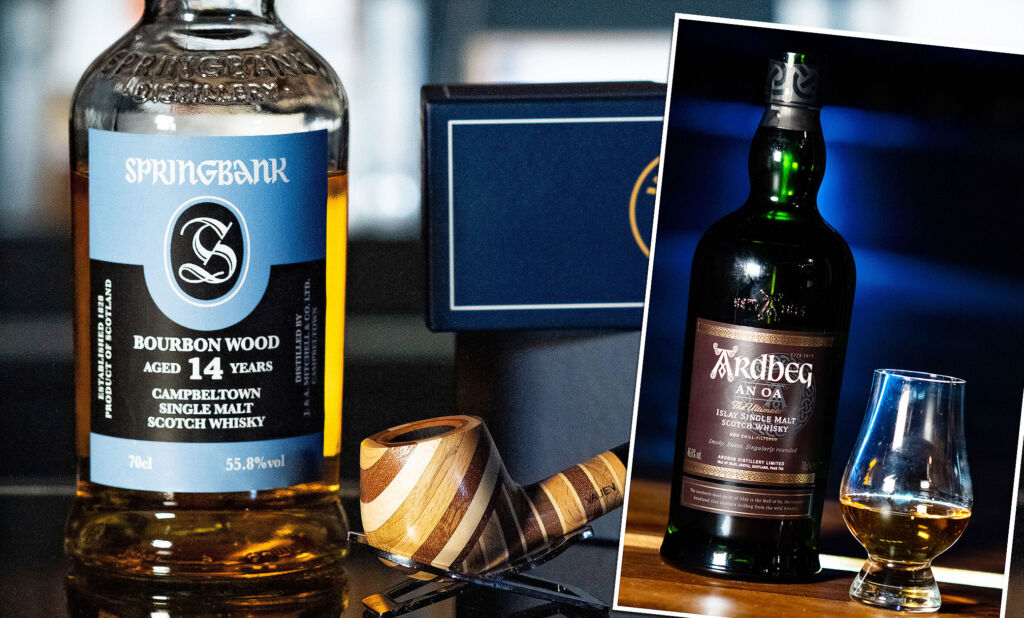 Turmeaus is a name historically linked to Tobacco, Pipes and the importing of Cigars from Cuba. The company is now under the stewardship of the market leaders C.Gars Ltd. Today sees them supplying a premium range of tobacco and spirits, including a superb range of limited edition, rare and own-brand whiskies, along with adding luxurious venues to its growing luxury portfolio.

A tad over two centuries ago (1817), a family firm was founded in Liverpool under the name of Turmeaus Tobacconist. During the 19th and 20th centuries, it garnered a fine reputation for the importation and supply of high-quality tobacco products, which subsequently allowed it to expand its reach by introducing new dedicated shops around the Merseyside area.

Over the past 200 or so years, and as with any successful enterprise, the ownership of the business changed. The intervening years saw many try their hands at running the business with varying degrees of success. Sadly its last owners had pretty much brought the company to its knees.

However, the good news is the Turmeaus story didn’t end with them. The Orchant family, owners of C.Gars Ltd, the premier name in the UK’s specialist tobacco market, decided to take over the reins.

One of the business assets they acquired was the last original Turmeaus shop in Liverpool and using their well-honed experience of the market, they were able to restore it to its former glory. 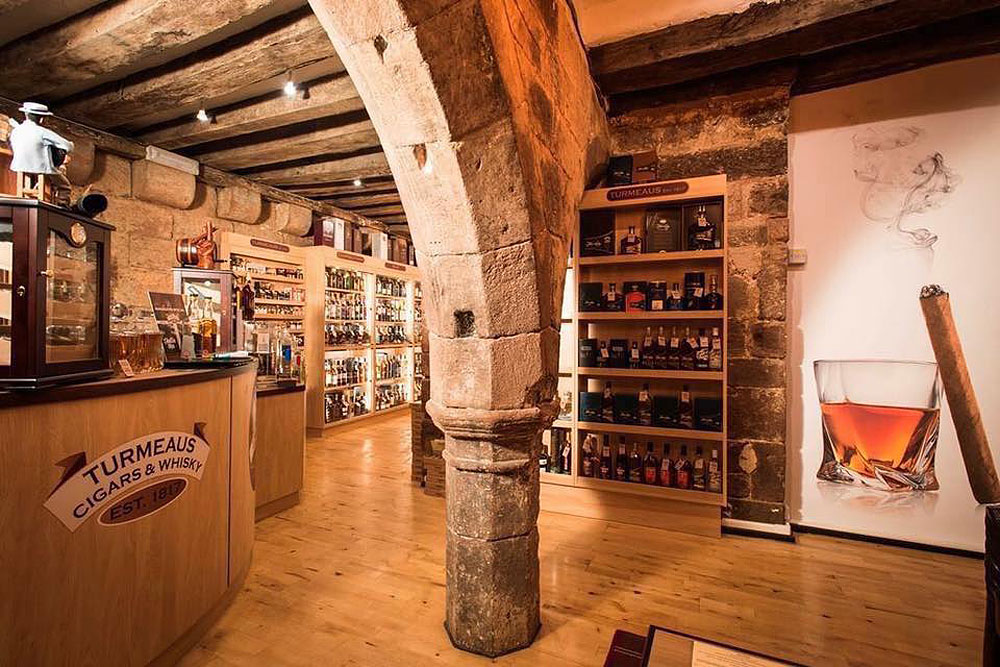 Since then, they have continued to expand, introducing stores across the UK in Chester (above), London’s Mayfair, Norfolk, Knutsford and the recently opened C.Gars store in St James’s.

The Taste Test
It’s always lovely to experience products from a traditional luxury brand, and I was excited and somewhat surprised when a selection of their fine tipples arrived on my doorstep. There’s a saying we use here in the UK, and it’s, “the proof is in the pudding”, and in this case, it’s in the bottles. Below is what I discovered after sampling them: 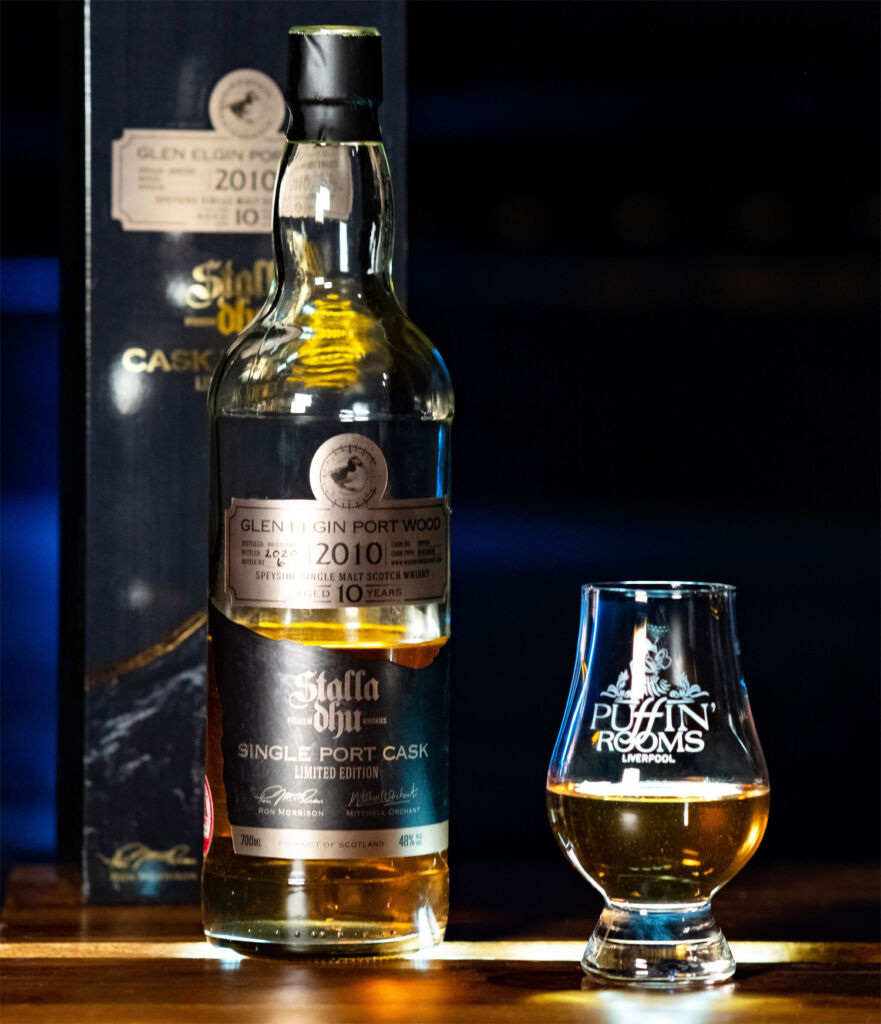 Stalla Dhu Glen Elgin Port Wood Single Cask
Two hundred sixty-eight bottles of this beautiful whisky have been produced. Aged for ten years in an ex-bourbon barrel, this cask was re-racked into a first fill Port cask before being bottled in 2020.

A great collector’s bottle and whisky drinkers will love it. Adding a few drops of water to this magnificent single cask whisky instantly smooths out the flavours, intensifying the creamy and fruity notes with a slight dark chocolate undertone to it.

Rose-gold in colour with a hint of copper, the aroma is red wine from the Port Wood. You then smell a treacle sweetness and freshness of green apple. It tastes nutty, sweet like nougat with plum and gooseberry filling the mouth.

Teeling Irish Whiskey Small Batch
This Irish whiskey is aged in rum casks that add a spicy taste and is bottled at 46%. A small-batch deliberately to keep the quality, it has a high proportion of first-fill bourbon cask whiskey. With a strong aroma of apples, you detect the spice along with fruitiness—a pleasant creamy vanilla taste mixed with the fruit and spice. 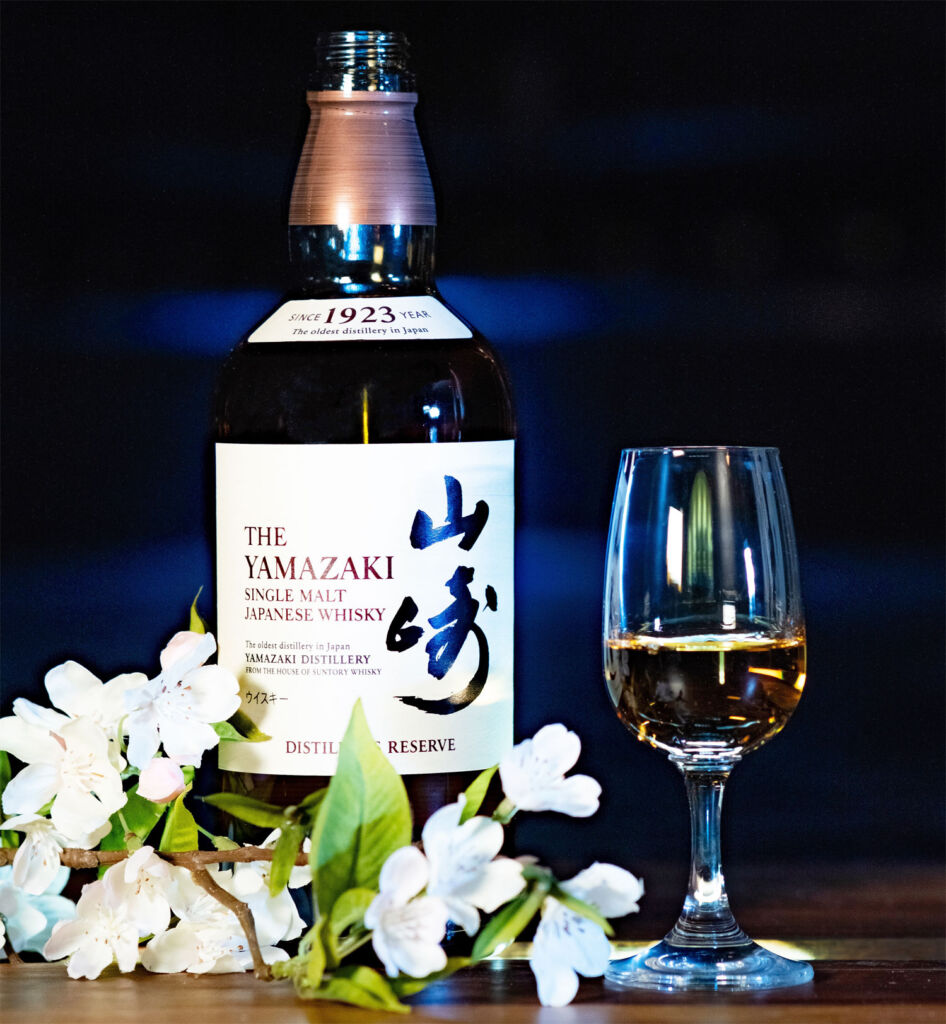 Yamazaki Single Malt Japanese Whisky.
My first taste of Japanese whisky, and I was surprised how it was characteristic of any Scottish malt. From Suntory, it is a single malt released in 2014. The Yamazaki offers a fresh fruity whisky tasting of berries with a touch of sherry and some Mizunara (Japanese oak) matured whisky in the mix, which provides a complex spicy character.

A fabulous lush smell of strawberries combined with dried fruits mixes with floral notes from the Mizunara cask whisky. You can also detect coconut and sandalwood, so your nose gets a complete workout. The taste of dried berries lingers on the tongue and merges with peach and a hint of spice. It ends with vanilla and sweet cinnamon, which is delicious.

This recipe is a delicate representation of how a simple addition can considerably change the taste. It is recommended to enjoy the Y Bēt Rosé with a touch of Merchant’s Heart Hibiscus Tonic, a sprig of rosemary and zest of grapefruit. A carefully crafted slow distillation of Sugar Beet spirit with a touch of Sea Buckthorn introduces a Sicilian Orange Zest note that lifts Y Bēt to a Smooth, Sweet Creamy Spirit. 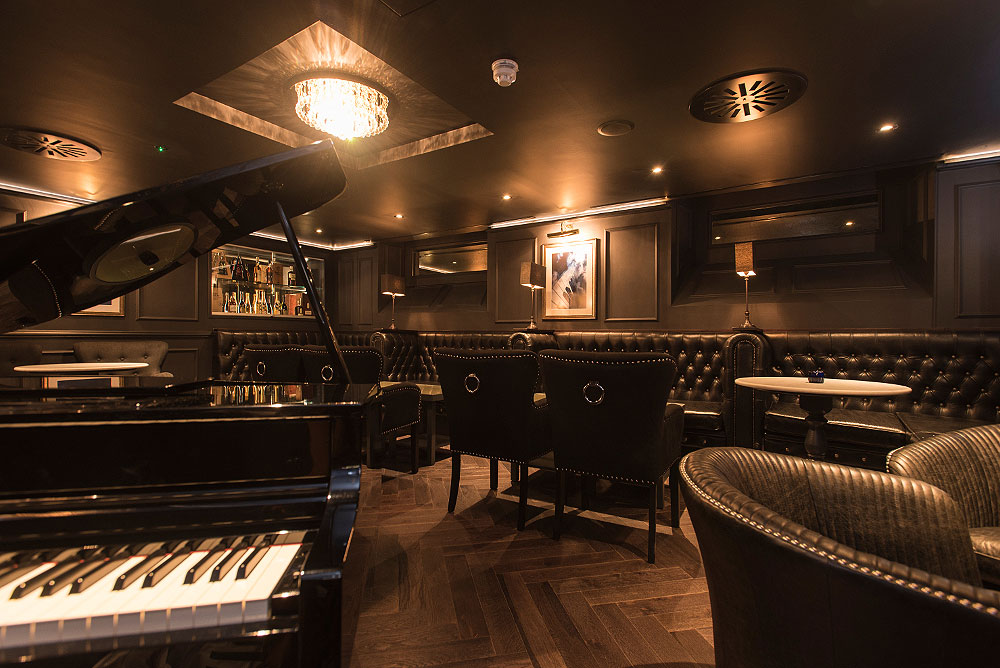 As I mentioned, Turmeaus has a growing number of shops with sampling lounges, such as the Puffin’ Rooms (above) in Liverpool which is one of the country’s fastest-growing cities. Here you are transported to another place and time and get the opportunity to experience a different type of luxury. 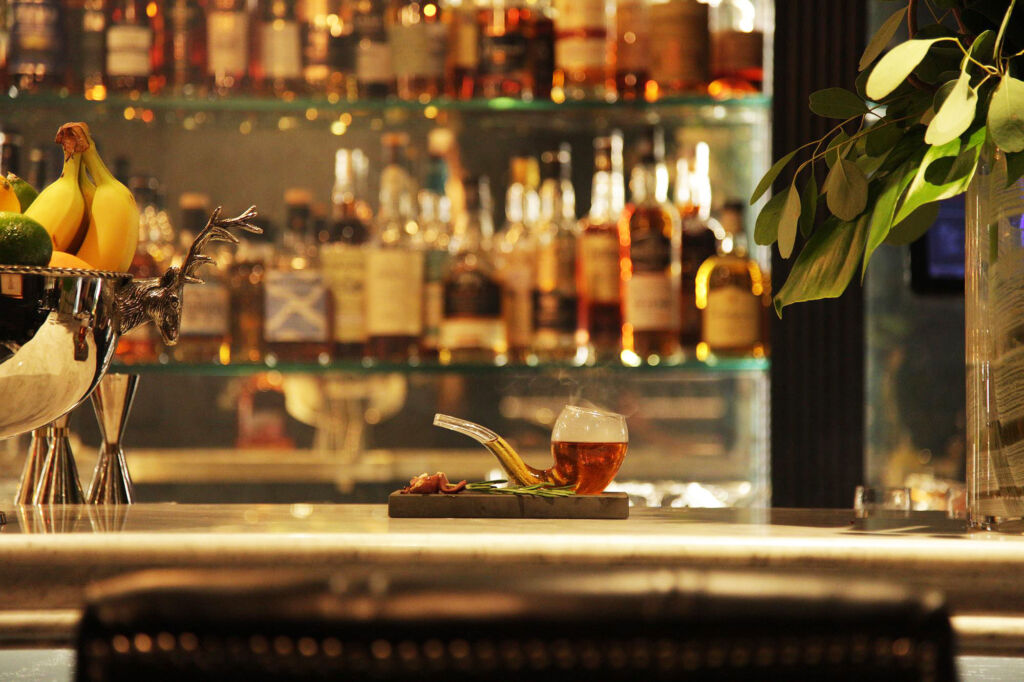 Liverpool’s newest and most exciting venue now has nightly live Jazz sessions and Blues on Sunday afternoons. A beautiful room featuring an array of creative and period-inspired cocktails and two hundred plus rare whiskies are available by the dram. You can also eat at the Puffin’ Rooms with small but impressive dishes prepared daily. 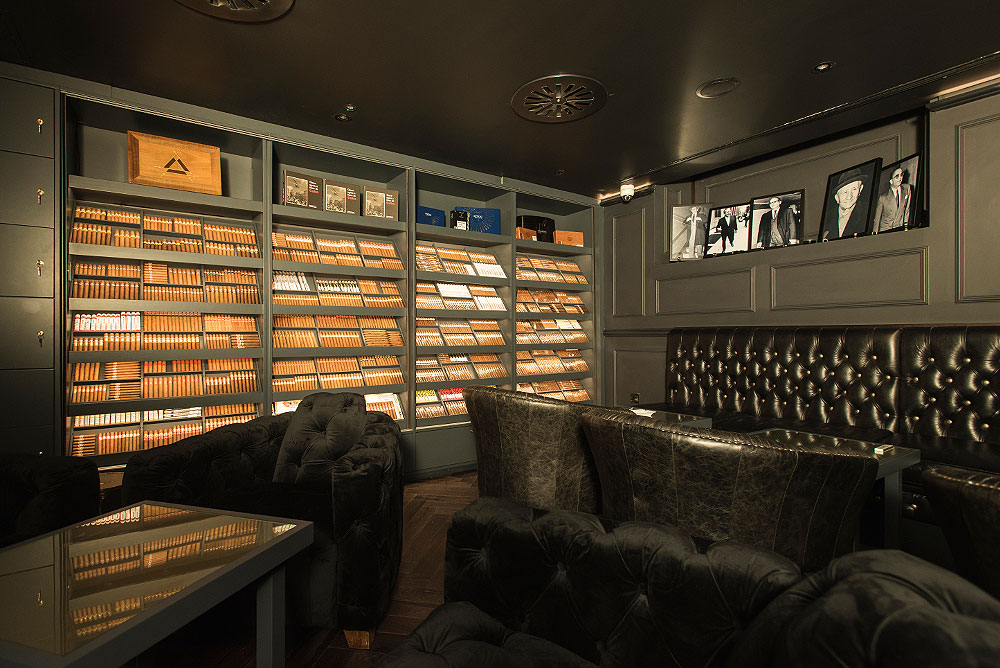 The stunning Turmeaus Late Hour Cigar Store & Sampling Lounge (above) is adjacent to the Puffin’ Rooms, allowing the guests to complete their evening by choosing a premium hand-rolled cigar from the dazzling assortment of Cuban and New World offerings.

I had a glorious and merry time sampling the drinks, and as a whisky drinker, I was in seventh heaven. The three whiskies stand up against any premium brand and, on my palate, exceeded many of them in their taste and smoothness. When I review whisky, I don’t go down the ‘bells and whistles route’, just a touch of water and ice to see which method brings the best out of the spirit. 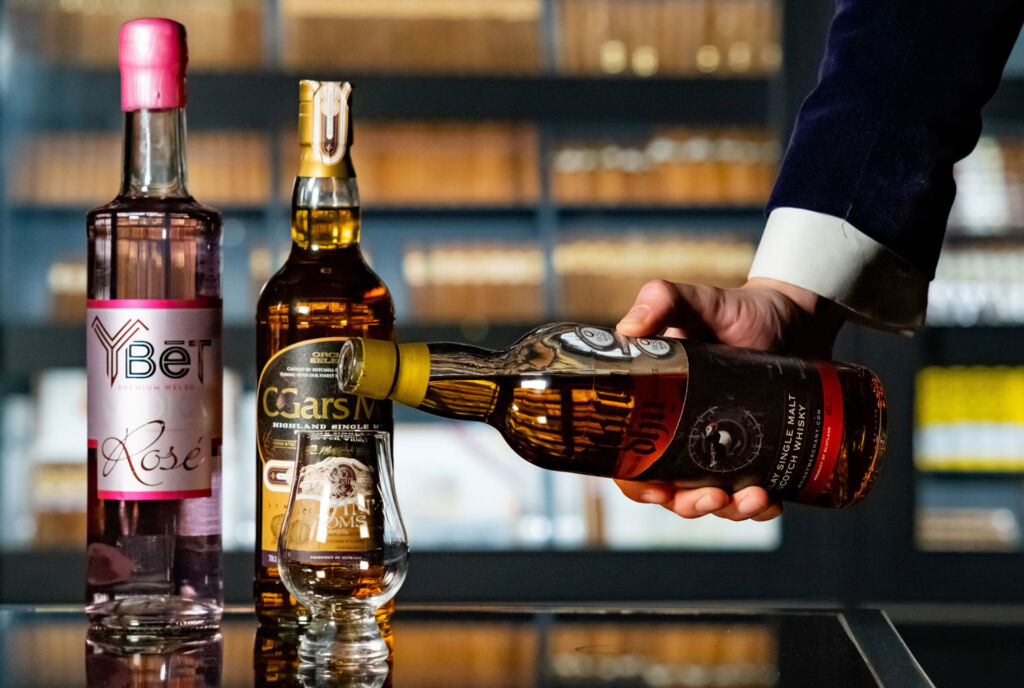 I also adopt the same strategy with Vodka, trying it straight or with a splash of orange juice. I found the Rosé to be beautiful either way.

If everything goes to plan and a semblance of normality returns to the UK, one of the must-do things this year will be to make a trip to the London Turmeaus store to experience some of their fine traditional luxuries. Obviously, once I do, I will be reporting back with my findings. 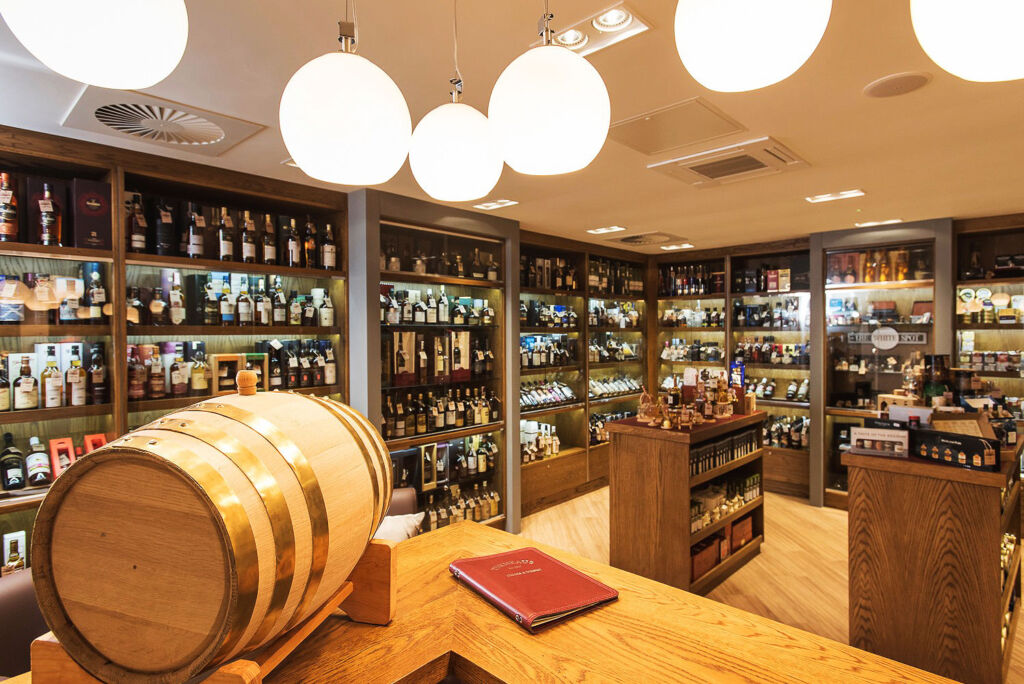 For more information on Turmeaus Cigars & Whisky, full details of their nationwide locations and information on their extensive range of products, visit www.turmeaus.co.uk.