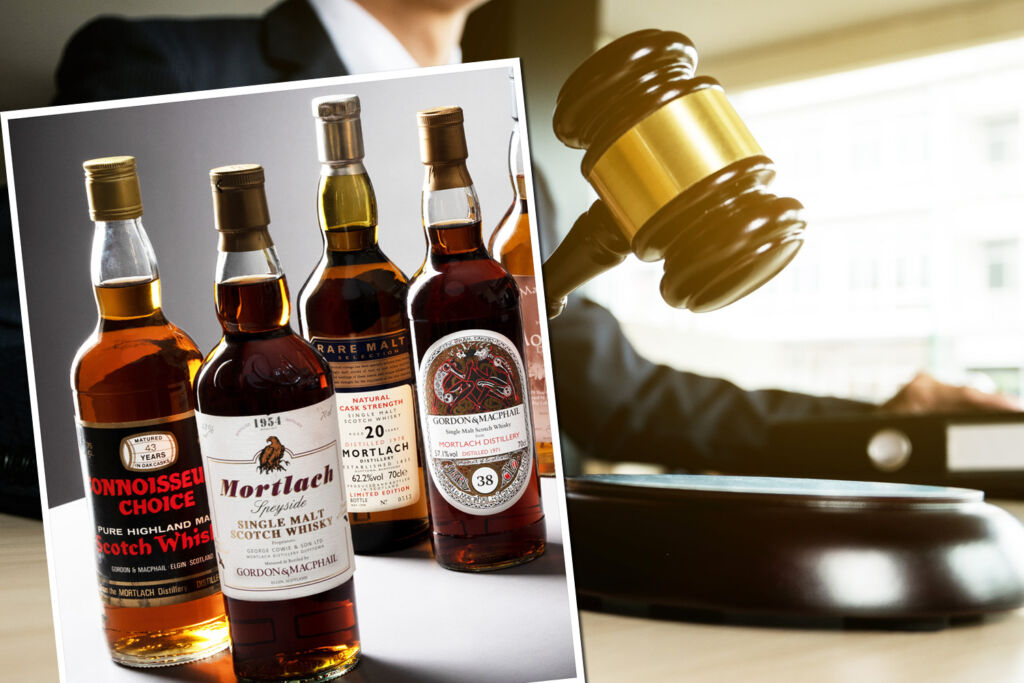 Starting today, Whisky Auctioneer is hosting an exclusive five-day auction of 70 highly-prized bottles from the Mortlach distillery in a world first. Simon Wittenberg takes a look at what whisky collectors and aficionados can expect.

Founded in 1823 as the first distillery in the burgh of Dufftown, which now produces more whisky than any other Scottish town, Mortlach has a rather elusive past. The distillery was the first of Dufftown’s ‘Seven Stills’ to be licensed and rose to pre-eminence under George Cowie & Son. 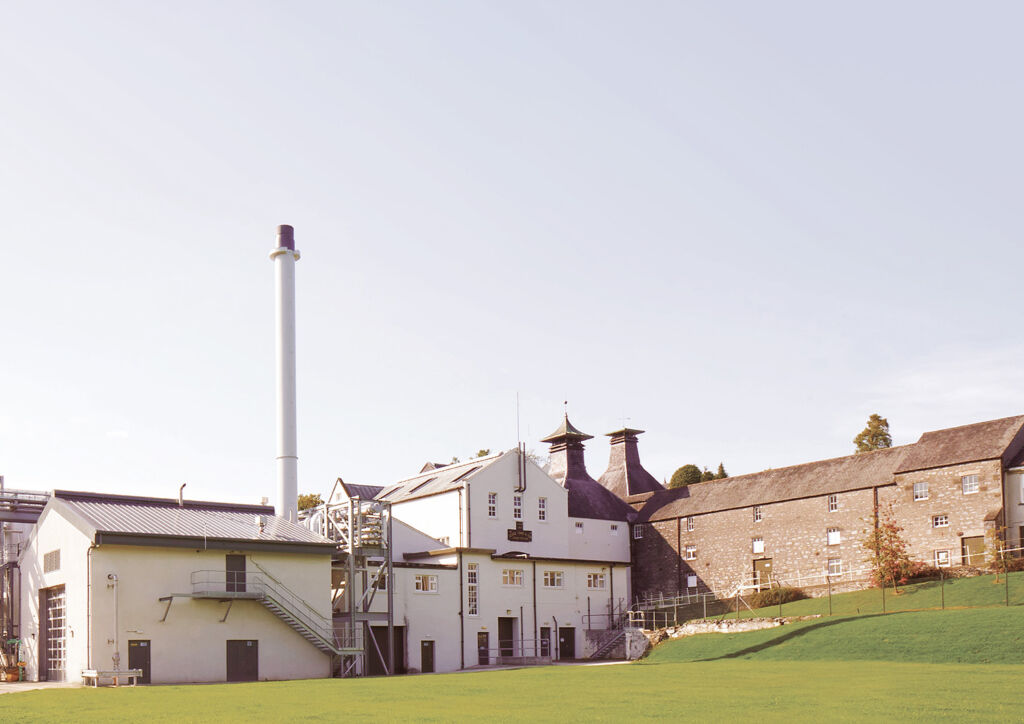 Prized by blenders for its uncompromising character, its single malt has been extremely hard to come by throughout its long history. Until the launch of a new core range in 2014, Mortlach remained a largely unknown single malt brand outside its devoted whisky circles.

Now, a collection of this distillery’s liquid archives are about to come to auction in an exclusive online sale hosted by market leaders, Whisky Auctioneer. The auction goes live today, Thursday 18 March 2021 and will end on Monday evening.

In what is the world’s first exclusive Mortlach auction, 70 bottles of the distillery’s expressions will become available, presenting an exciting opportunity for many whisky lovers to explore some of the distillery’s treasured vintages for themselves and collectors as an alternative investment. 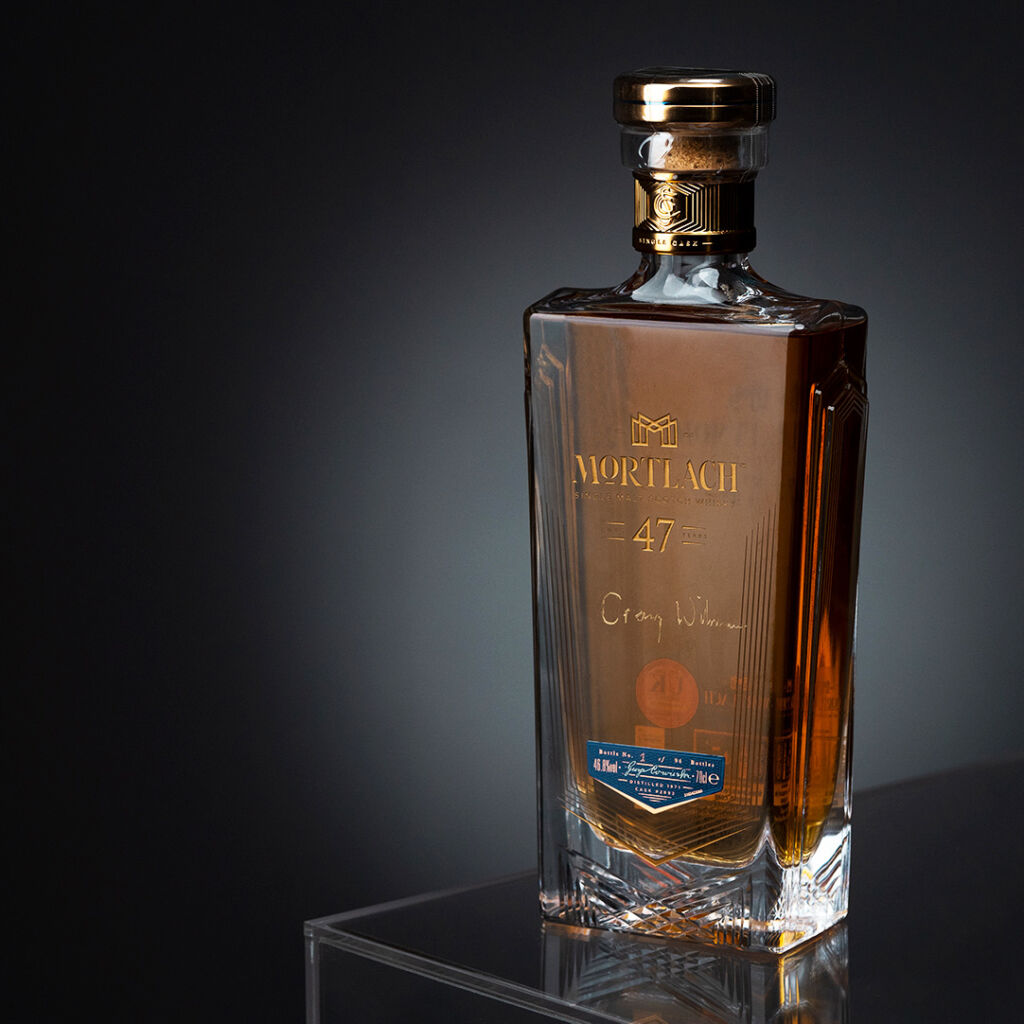 Among the goldmine of expressions is bottle #1 of the Mortlach 47-Year-Old – an extremely rare vintage release from 2019, signed by Master Blender, Dr Craig Wilson. As the oldest single malt expression ever released directly from the distillery, and one of just 94 bottles in existence, it is anticipated to be highly sought-after by collectors at auction.

The auction is primarily composed of bottles from Pat’s Whisk(e)y Collection – the largest private whiskey collection ever to come to the market. 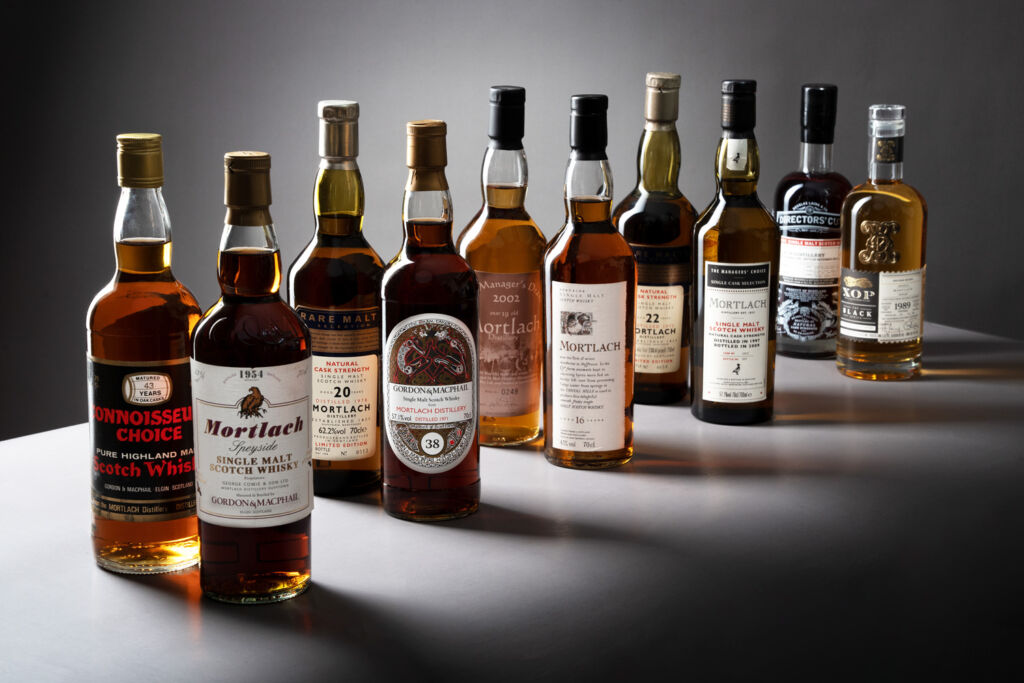 Pat’s 9,000 bottle collection features complete collections of iconic collector’s series, such as The Rare Malts Selection and Manager’s Choice. Within the current Mortlach Exclusive Auction, bidders can find a complete set of Mortlach expressions from the Rare Malts Selection alongside the official bottlings that garnered a cult following for the brand over past decades. These include the sought-after Flora and Fauna 16, 19-Year-Old Manager’s Dram and Manager’s Choice.

Collectors will also have the chance to bid on a spectacular variety of independent Mortlach bottlings, most notably from Gordon & MacPhail. This includes rare expressions distilled before and during World War II from labels such as Connoisseurs Choice, Private Collection and Book of Kells.

According to a recent wealth report*, rare whisky has witnessed a growth of almost 500% over the last decade, largely outperforming traditional investment assets such as fine art. Whisky Auctioneer recently became the first online auction house to sell a million-pound bottle and outperformed the nearest traditional auction house by over 200% in value from spirits sales in 2020 –  showcasing the move that whisky collectors, investors and drinkers have already made online and firmly establishing their leading position within the modern secondary whisky market. 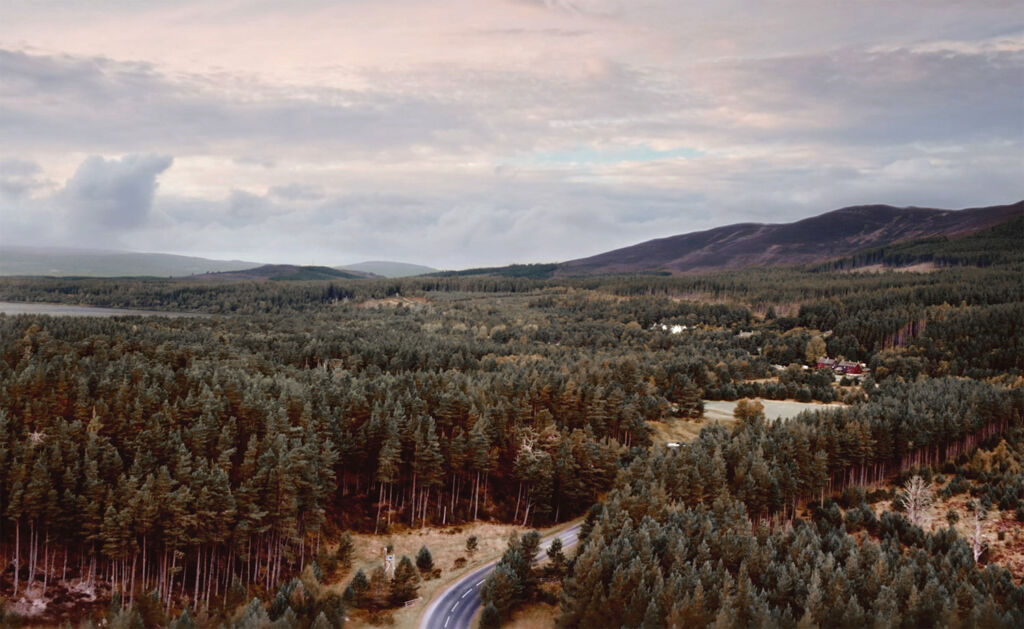 But why was Mortlach single malt so difficult to discover, unless you’d heard about it through the grapevine? The answer lies in the quality of its liquid and its robust character resulting from the distillery’s eccentric distillation practice that was in high demand from blended whisky producers.

Known as ‘The Beast of Dufftown’, Mortlach is an esoteric gem treasured by whisky lovers ‘in the know’ for its complex profile. Distilled precisely 2.81 times in a combination of six copper stills varying in shape and size, the resulting meaty spirit stands in direct contrast with the typical light and fruity style of the Speyside region in which it operates. 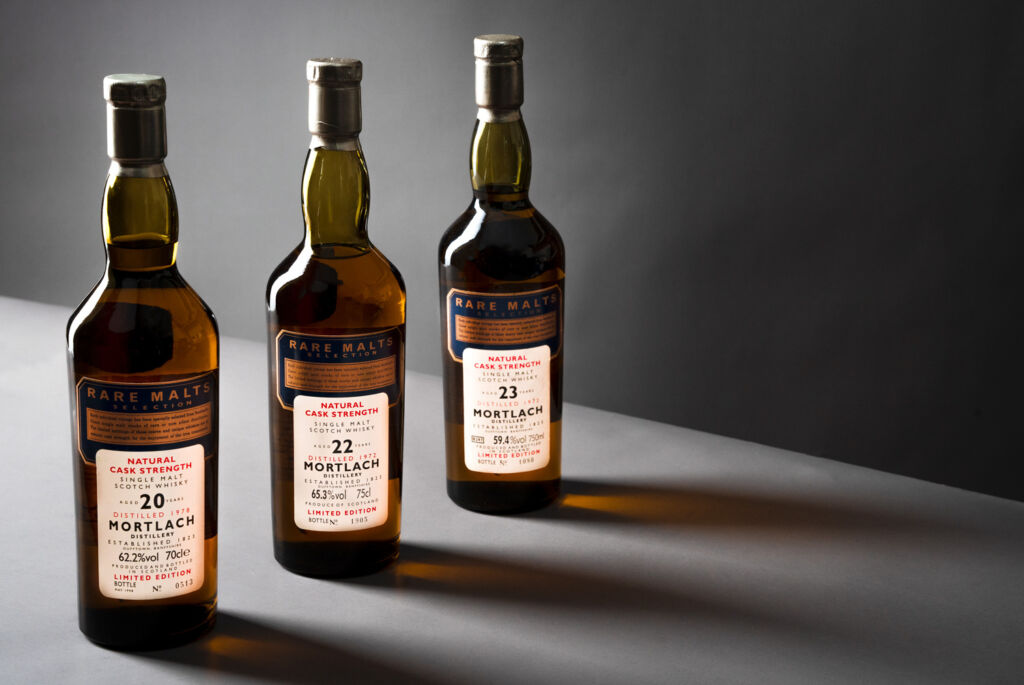 Joe Wilson, Head of Content at Whisky Auctioneer, commented: “For decades, much of Mortlach’s robust spirit was snapped up by some of the world’s leading blended whisky producers, making its sporadic single malt bottlings hard to come by. The rest of it was quickly snaffled by whisky collectors who were keen to keep their findings close to their chest.

What adds to its curiosity as a distillery is undoubtedly its production process which was perfected by Dr Alexander Cowie in 1896. The vapours are cooled in traditional worm tub condensers before the spirit passes through a tangle of copper pipes turned at exact angles – it’s this extremely complex process that is said to take a Stillman 6 months to perfect and is part of what makes Mortlach so distinctive to this day.”

In recent years, Mortlach has committed to gradually revealing their closely guarded and exclusive single malt with the world. The current online auction will allow whisky fans the opportunity to explore a variety of the distillery’s creations. 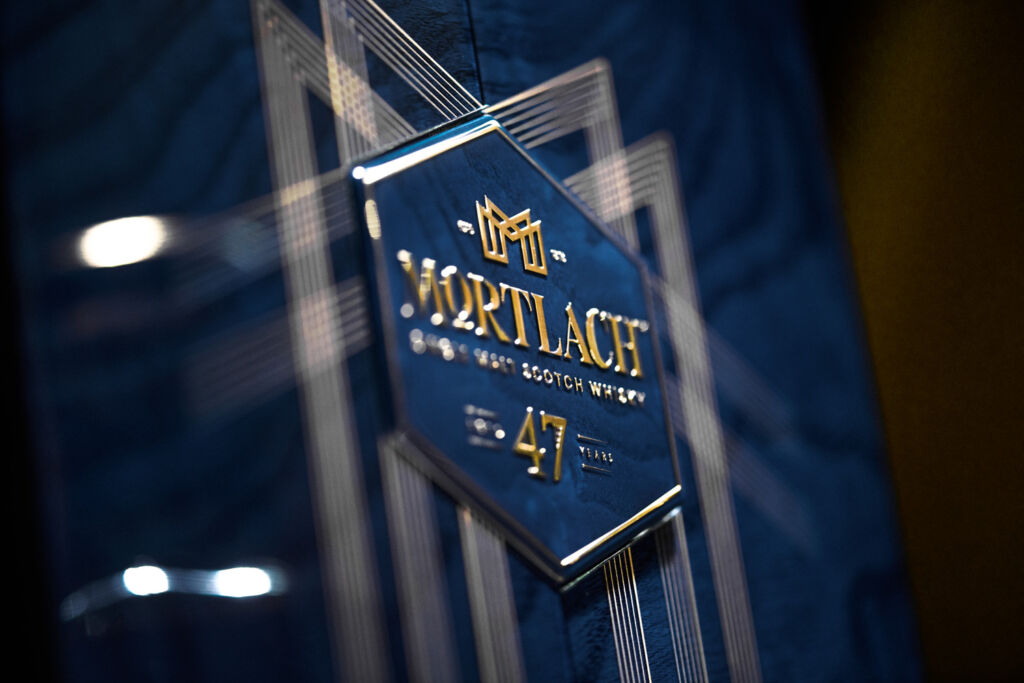 Joe Wilson added: “Our exclusive Mortlach auction includes whiskies recently released from the distillery, such as the very rare 47-Year-Old, but also a variety of unique independent bottlings and vintages released when the distillery was largely under the radar as a single malt producer.

“This auction is extremely significant in the whisky world – this is a brand that, for years, many collectors have tried to get their hands on. It’s fantastic to be able to bring such a varied collection of Mortlach expressions to our international customer base as we know that many will be keen to try this rich spirit for themselves, whereas others will likely relish in the opportunity to add to their collection.”

Whisky Auctioneer – Mortlach Auction – Where and How?

Read more articles on whisky and other spirits in our dedicated section here.

Cask 88 Announces The Launch Of Its Unfiltered Whisky Series

The Macallan Unveils Concept No. 3 In Collaboration With Icon David Carson