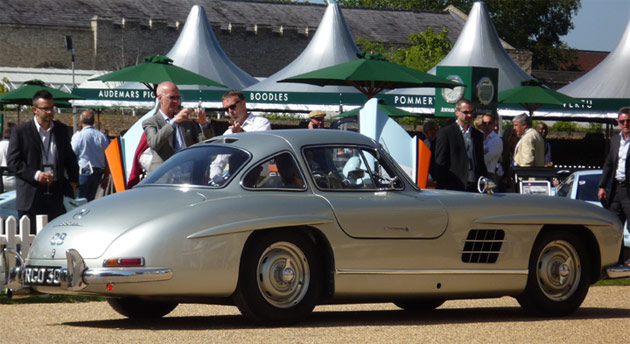 Salon Privé is billed as the UK’s most elite car show, bringing together some of the world’s finest supercars and best loved classics in a collection worth in excess of £100 million.

The exclusive three-day event, which celebrated its seventh year last month, is set in the picturesque surroundings of the 200-acre Syon Park in West London, which is still home to the Duke and Duchess of Northumberland, members of a family who have occupied the historic Syon House for the last four centuries.

At the helm of Salon Privé is Andrew Bagley, a former distributor of skincare cosmetics, who has significantly raised its profile since 2006, acquiring in the process, sponsorship from the likes of Pommery champagne, Audemars Piguet, and diamond jeweller, Boodles, who all help make Salon Privé one of the ultimate annual garden parties on the automotive social calendar, successfully rivalling the prestige of the USA’s Pebble Beach Concours d’Elegance and Italy’s Concorso d’Eleganza Villa d’Este. Running parallel to the display of the some of the world’s most exquisite motorcars on the lawns of the Park is the Chubb Insurance Concours d’Elégance, made up of ten classes spanning from Vee-Twin motorbikes from the early 1900s through to classic Bugattis and Mercedes Gullwings. 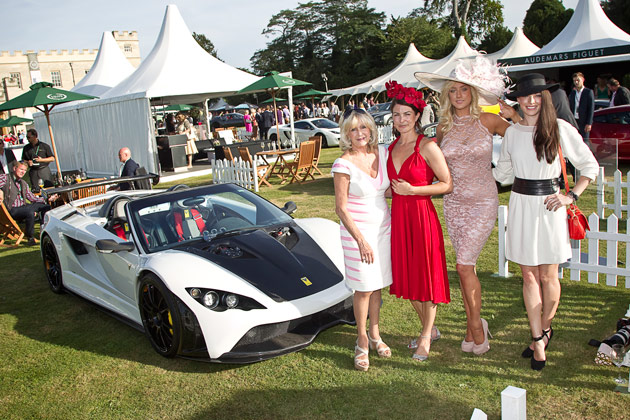 The contest is judged on the final day of Salon Privé by a panel of 17 automotive connoisseurs and personalities such as the British Grand-Prix racing driver, Derek Bell  MBE, Frank Stephenson, the Styling Director for McLaren Automotive, and Dr Ulrich Bez, the CEO of Aston Martin Lagonda. A 1950 Ferrari 166 MM Barchetta entered by Dudley and Sally Masson-Styrron was crowned this year’s ‘Best of Show’ winner, the 16th of just 25 bodied by Carrozzeria Touring, and a model which boasts a fantastic racing history. As a works car, this example competed at the famous Targo Florio and Mille Miglia events and more recently at the Monaco Historique, and the Goodwood Festival of Speed.

Amongst the glitz and the glamour, one couldn’t ignore the fact that this year’s Salon veritably highlighted the strength and importance and prevalence of the UK’s luxury car manufacturers on the world’s stage. Bentley showed off the new Continental GT Speed powered by a 6-litre, 48-valve, four-cam, twin turbocharged W12 engine, whilst Aston Martin brought an exciting line-up featuring the exclusive V12 Zagato as well as the £1.2 million One-77 hypercar. This was flanked by the hand-built 650 bhp M600 supercar, another fine piece of engineering emanating from the Leicestershire-based manufacturer, Noble.

However, one of the undisputed stars of the seventh edition of Salon Privé was the fully electric Concept_One hypercar from the Croatian manufacturer, Rimac Automobili. Revealed at last year’s Frankfurt Motor Show after being shrouded in secrecy, the Concept_One boasts a power output of 1088 bhp, and mind-blowing performance statistics: 0 to 60 mph in 2.8 seconds and a top speed of 190 mph (305 km/h).

The story of Rimac Automobili is even more fascinating, bearing in mind, that Croatia has no history of automotive manufacturing or prominent vehicle expertise, and, like Apple, was started in 2007 from the garage of the home of Founder, Mate Rimac, purely as a hobby. Following the demise of the engine of his old BMW E30 which he used in drifting and quarter mile competitions, he converted the model at the age of 18 to run on an electric motor beating other vehicles propelled by a regular combustion engine thanks to its super speed. This generated significant interest from the Croatian press and potential investors who wished to create a business with Mate, at a time when it still remained a garage project. With the development of technology sitting at the heart of the business, for the benefit of both Rimac and their customers, all of the car’s components including the lithium-ion phosphate battery, which offers a range of 372 miles (600 km) on a single charge, are manufactured in-house. No parts are purchased from external sources. A full feature on Rimac Automobili will follow over the next couple of days. 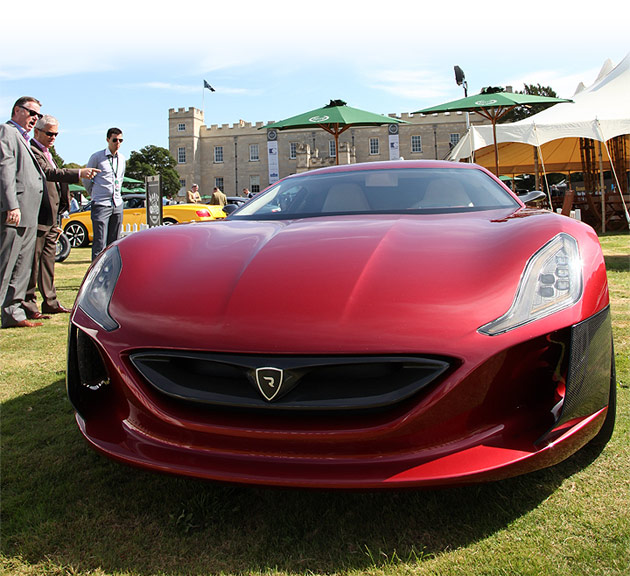