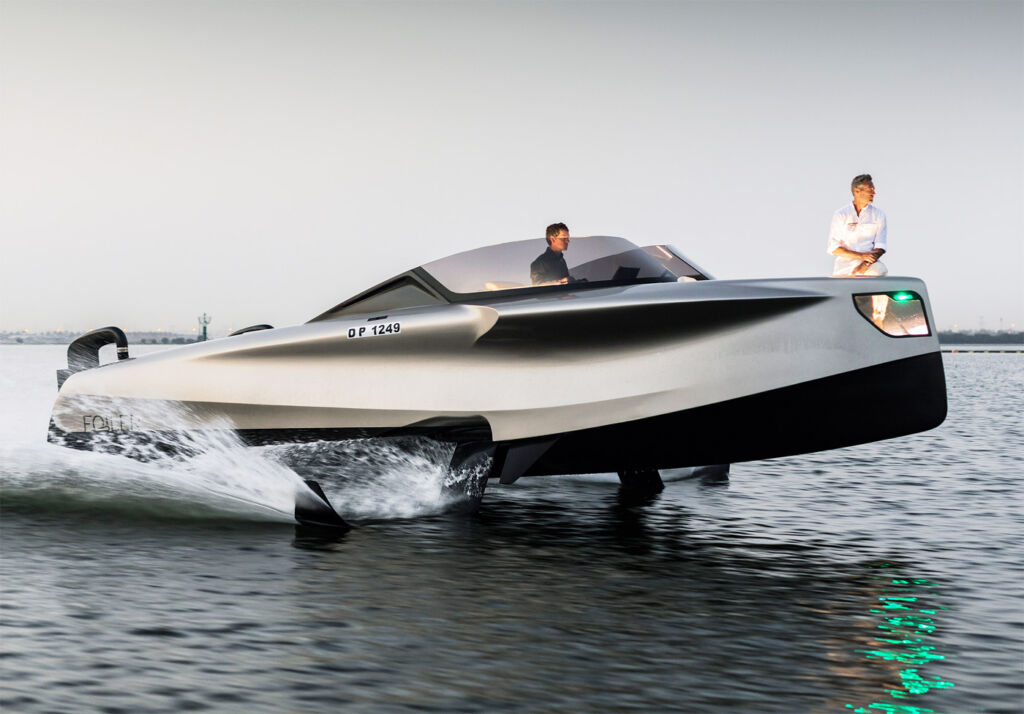 The latest incarnation of the Foiler gets a new forward cockpit with a revolutionary joystick that with a simple flick of the wrist will have you flying above the water at 40 knots.

So much of what many of read in science-fiction novels and watched in the movies appear to be coming to fruition. As a child, I dreamed of travelling in vehicles such as the Foiler ‘Flying boat’ zipping past high-end speedboats in something akin to Luke Skywalkers land speeder.

Yes, I did just mention the words ‘Flying boat’. You see, the Foiler really does fly above the waves at speeds that’ll have your cheeks ruffling in the wind like a Shar-Pei dog with its head sticking out of a car window! To add even more of a futuristic feel to the Foiler, they’ve only gone and added a joystick to control it. 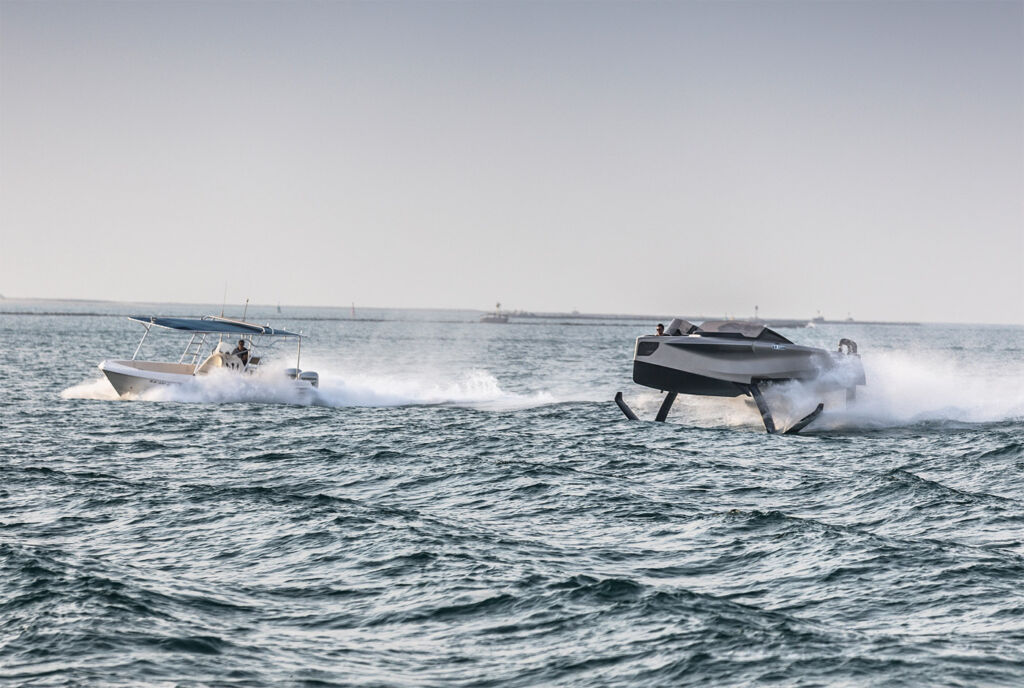 The joystick creates a completely unique and instinctive driving experience. It places the power and directional control at your fingertips enabling you to effortlessly overtake conventional powerboats, while they’re trying to deal with the waves. 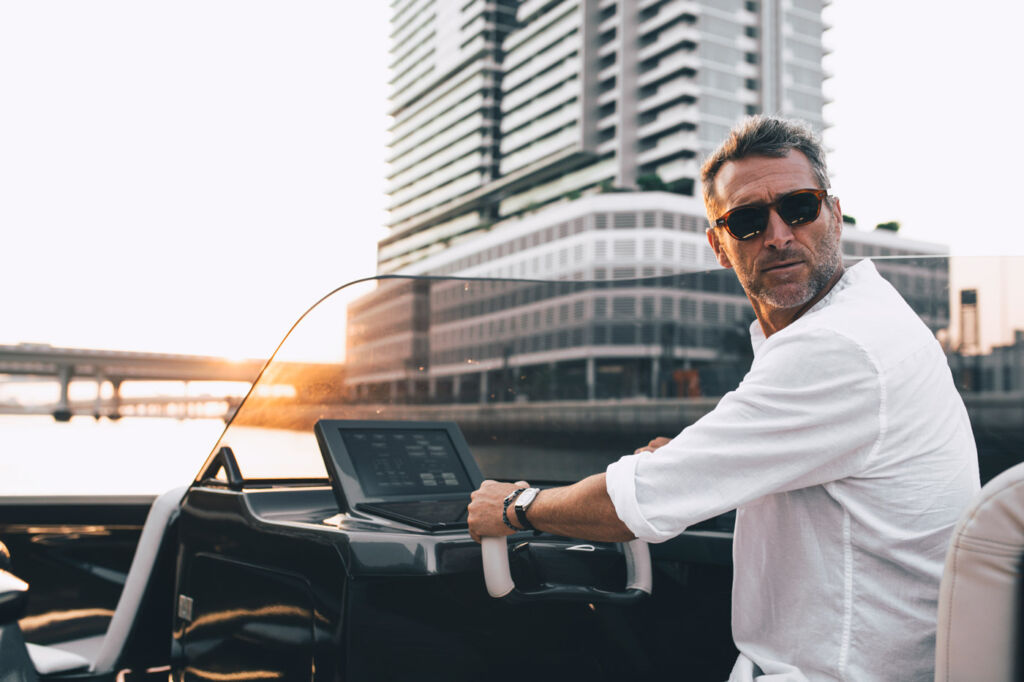 How to control the 2020 Foiler
For those who are a little less futuristic-thinking than I, don’t fret. The Foiler has a traditional driving console with a wheel and throttle. From here, you can choose to activate the joystick installed by the foredeck seats to control the speed and direction of the Foiler.

Pushing forward or pulling back adjusts the speed of the Foiler from a standstill up to 40 knots. Tilting to either side controls the direction. This innovation, developed by ENATA over the last year, makes you at one with the Foiler so it really does become an extension of your body. 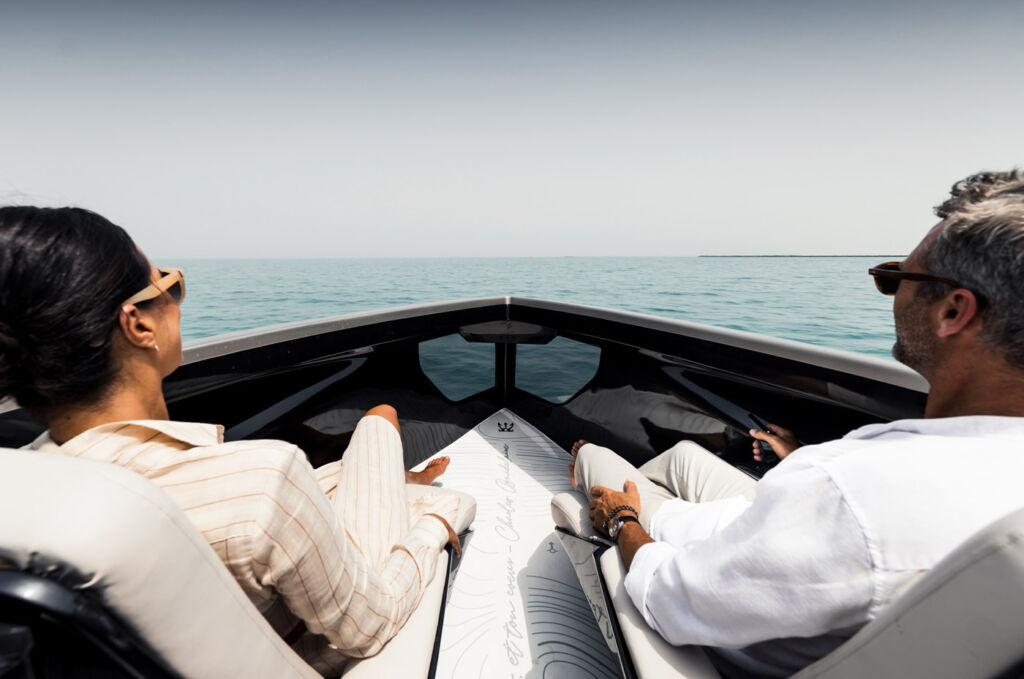 The ride of the 2020 Foiler
The Foiler has four hydrofoils, it’s simpler to think of them as wings in the water. These hydrofoils lift the Foiler up to 1.5 metres above the waves as soon as it reaches a speed of 18 knots. Obviously, I haven’t had the thrill of experiencing this brand-new version of the Foiler. However, the manufacturers promise a smooth and quiet passenger experience and one that should leave traditional on-water travel feeling rather old-fashioned.

You might think that something so futuristic and rapid might cause problems for those without the benefit of ‘sea-legs’? The good news is the Foiler virtually eliminates seasickness due to the smooth ride. In addition, it also keeps you dry from spray and splashes and avoids the usual discomforts such as back pain from bumpy rides. 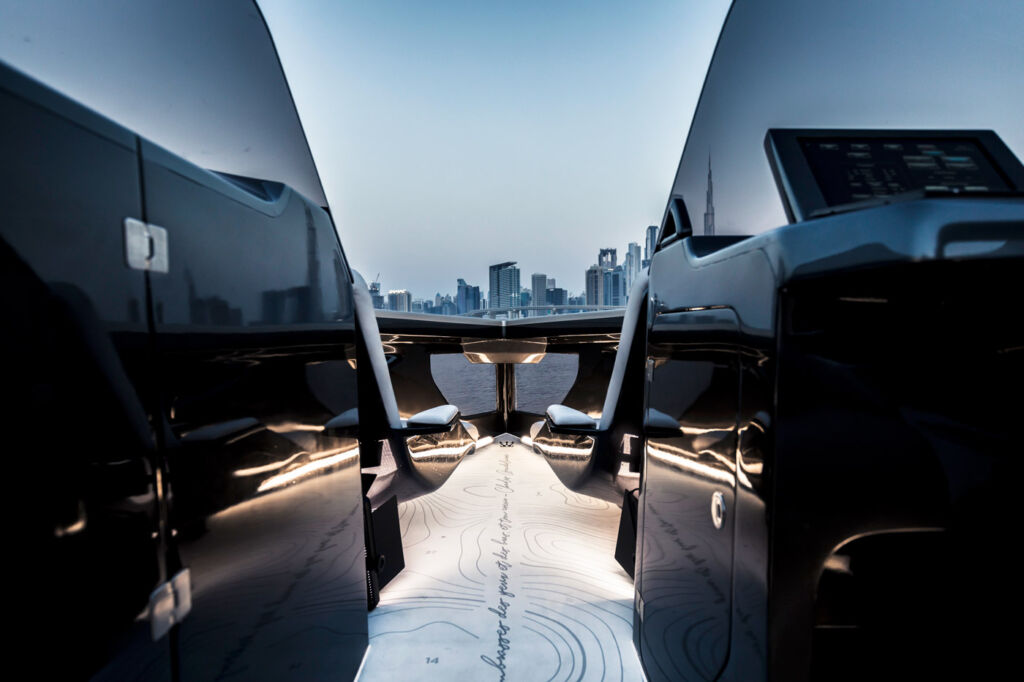 Customisation options
Like all authentically high-end luxury vehicles, the Foiler is fully customisable. On the model displayed in this article, the client requested that the poem L’Homme et la Mer (The Man and the Sea) by Charles Baudelaire be inscribed into a white teak deck alongside a nautical map. The white deck adds elegance, with the poem highlighting the centreline of the Foiler. The white colour is also a very effective solution for combating the sun’s heat underfoot in summer.

VELVENOIR Founder Alexandra Schafer on How Art Can Transform a Space