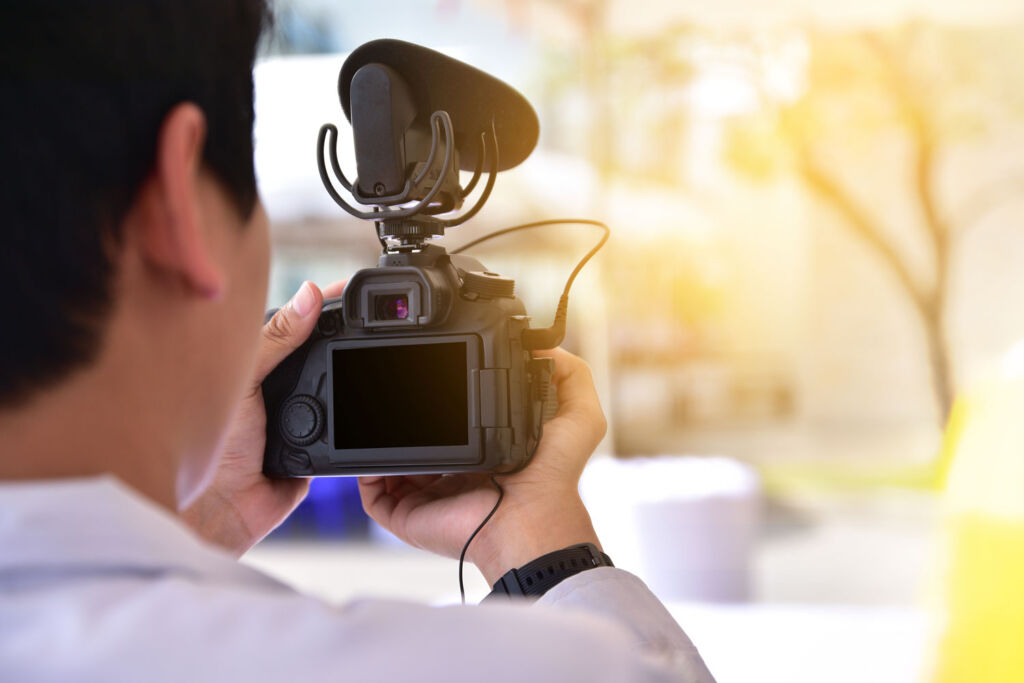 During the past twelve months, many people have tried their hands at producing video content with varying degrees of success. We reached out to leading Los Angeles Cinematographer Adam Feuerman and asked him for some industry tips on how beginners can make their footage look more professional.

In the beginning, cinematography can seem challenging and overwhelming, but as with any new craft, the trick is to get started. It is essential to keep things simple, especially when you’re only at the beginning.

When you are preparing each shot, there are a lot of things you need to put into consideration. Planning the individual shots and seeing how they would work together is essential since cinematography is the art of setting up, lighting, and filming a shot.

Below are Adam’s tips on everything you’ll need to know as a beginner in cinematography.

Choose a camera
The types of cameras that would work best for a starter would be a mirrorless camera, camcorder, or DSLR with high-quality Full HD video capability. However, for many people, the best choice of camera to start their cinematographic journey is a mirrorless one or a DSLR with interchangeable lenses. On the other hand, camcorders are more convenient for shooting events or activities such as news or documentaries.

Additionally, for those special, specific shots where you don’t want to endanger your everyday camera, Los Angeles Cinematographer Adam Feuerman, recommends adding a GoPro or DIJ Osmo Action. Although, the best camera choice for excellent cinematic footage you could invest in would either be a Canon C200 or a Sony FS5 II, all of which are great cinema cameras.

What kind of lenses should I get?

For an interchangeable lens setup, you also want to purchase a versatile kit zoom since they are adequate and should not be overlooked. If you do choose a zoom kit, look for words like “parfocal” and “constant aperture”.

Additionally, focus breathing isn’t an issue for parfocal lenses because you can zoom without changing the focus position. However, regardless of the equipment, good strategy and technique would help you make better cinematic shots.

What about sound equipment?
You would need to have a separate microphone when filming since the sound is almost as essential and valuable as the images.

The most cost-effective way to get a good sound, especially for a beginner, is to use a lavalier microphone that clips onto clothing.

When you’re shooting and also want to keep an eye on what is going on around the set, you would also need a pair of headphones. However, some cameras have minimal audio recording capabilities – and no headphone jacks – necessitating the use of an external audio recorder. 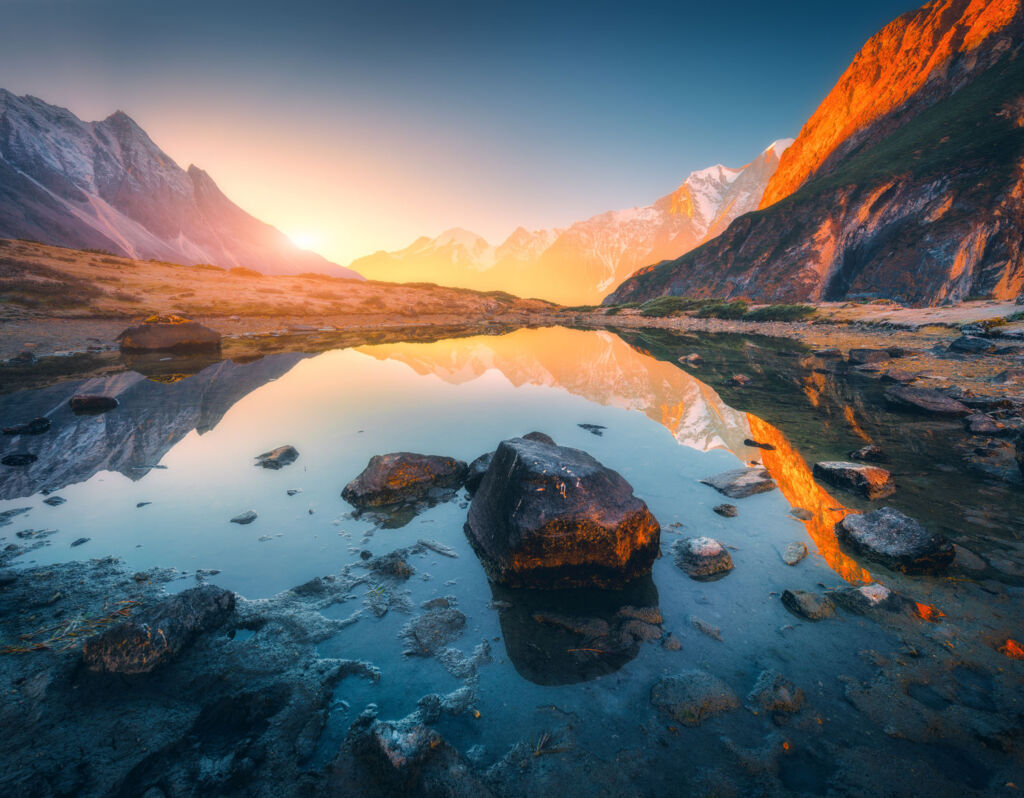 Camera angle methods
Instead of just changing the size of your shots, you can even change the positions and angles as well. You can even try aiming the camera pointed up or down rather than only at eye level and horizontal. Different types of camera angles and methods will aid in the storytelling of a plot.

When he wanted to emphasize a location, what worked best for Adam was taking extremely wide or long shots. A long shot makes the target look tiny in comparison to their surroundings, unknown as well as distant.

You may also place the camera in various ways around the subject. For example: 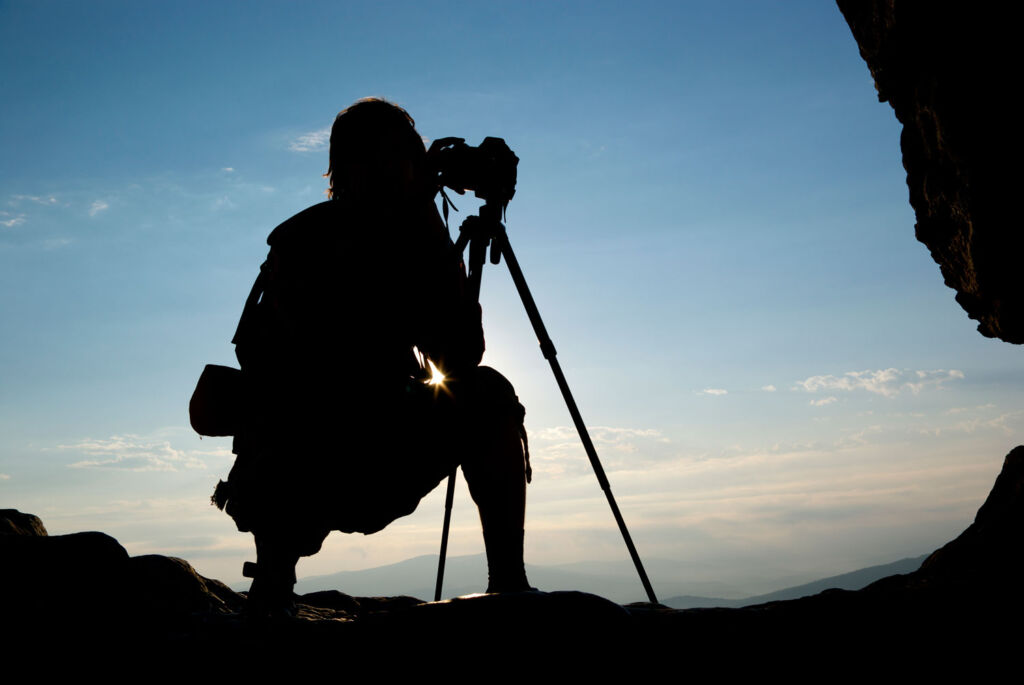 Check the lighting
Lighting has the ability to influence the atmosphere and tone of your shot. It is much easier to get the light right while you’re shooting rather than having to fix poorly lighting footage later in the editing process. When shooting a scene in different shots, Adam prefers to keep the light constant in each frame. Otherwise, it would make it seem that the shots were taken in various locations.

The three-point lighting setup is the most used one in cinematography. Three-dimensional lighting defines the subject and sets them apart from their surroundings. Your lighting equipment should face the target from the front, side, and back angles for this to work.

Record separate shots
It is imperative to keep in mind not to move the camera around a lot. Instead, you could try visualizing the video as a sequence of individual images, with the camera remaining still for each one. You can show your target in a variety of ways by dividing it into three different shot sizes: long, medium, and close.

To see examples of Adam Feuerman’s work and to get in contact with him, please visit his website www.adamfeuermandp.com.