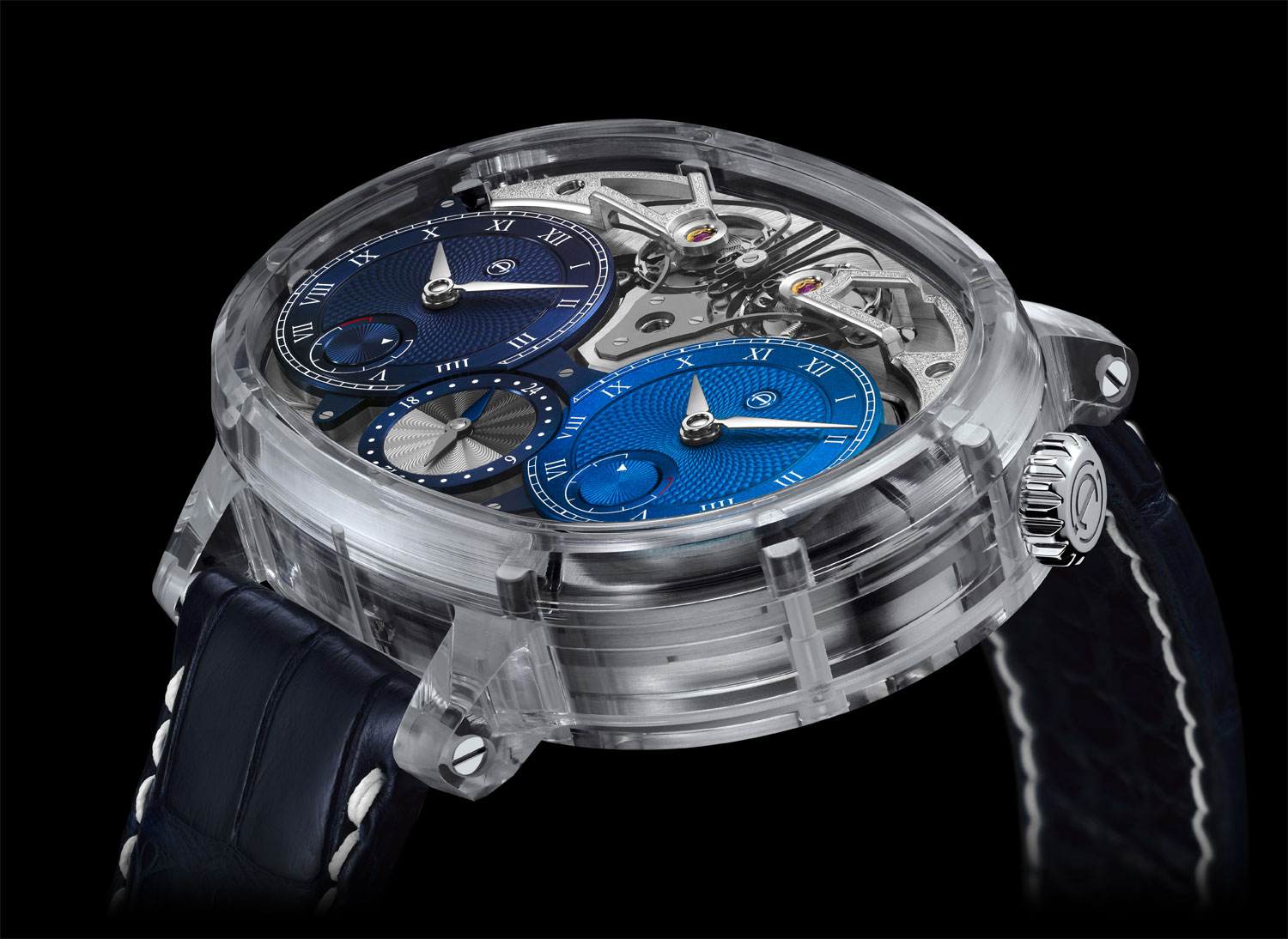 The Dual Time Resonance Sapphire by Armin Strom is a horological masterpiece: a chef d’œuvre combining the practicality of two completely independent time indications with the increased precision of two independent movements in resonance. And all that in 360° display within a dazzling transparent sapphire crystal case.

While Armin Strom is known for not covering their movements with a dial to highlight the horology within, this sapphire crystal case takes transparency to a whole new dimension.

Wearing the Dual Time Resonance Sapphire is like wearing a movement on the wrist, with all of Armin Strom’s meticulous hand finishing and inventive horology on full display.

“This new Sapphire case sets the perfect stage for the detailed work and passion we put into the Dual Time Resonance. The total transparency does not allow for any mistakes and demands a finish on the highest level, which goes in line with our philosophy,” says Claude Greisler, co-founder of the manufacture.

The Dual Time Resonance features two independent movements side by side, which even further emphasizes the fact that there are two completely separate movements synchronizing oscillations due to the phenomena of resonance.

The Dual Time Resonance Sapphire demystifies and highlights resonance to the extreme, the crystal-clear sapphire crystal case offering views of the movement from all angles.

The patented Resonance Clutch Spring – the result of three years of intensive research and development – connects two individual movements arranged side by side, each independently displaying two time zones and each synchronized with the other through resonance for improved chronometric precision. 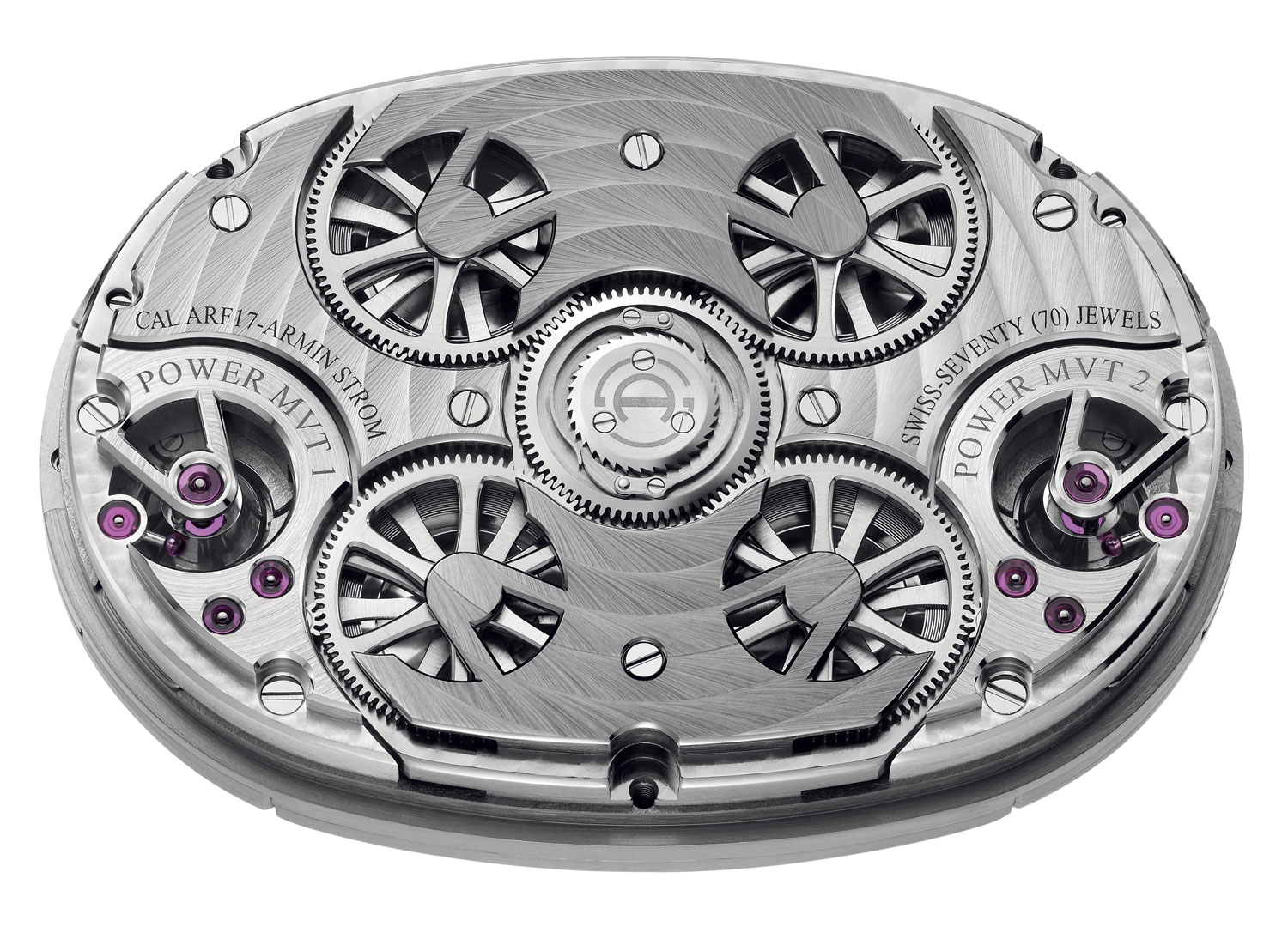 Independent movements enable the Dual Time Resonance Sapphire to indicate GMT, a second time zone, or function as a timer or countdown. Completing the indications are independent power reserve indicators and a 24-hour indication serving both displays.

Any body in motion causes vibrations in its surroundings. When another body with a similar natural resonant frequency to the first receives these vibrations, it absorbs energy from it and starts vibrating at the same frequency in a sympathetic manner. For example, a trained singer can hold a note causing a tuning fork tuned to the same frequency to vibrate.

For the oscillators of a watch movement to be able to synchronize with each other, they have to be closely tuned. Imagine a small child trying to synchronize steps with an adult: he or she is unlikely to synchronise for more than a few steps as the systems are too dissimilar to resonate.

In horology, the phenomenon of synchronized motion has fascinated watchmakers since the time of Christiaan Huygens (1629-1695). Huygens, the inventor of the pendulum clock, was the first to discover the resonance of two separate pendulum clocks, which he logically surmised should keep slightly different time. When hung from a common beam, however, the pendulums of the adjacent clocks synchronized; subsequent researchers confirmed that the common wooden beam coupled the vibrations and created resonance. The two pendulums functioned as one in a synchronous manner. In the eighteenth century, Abraham-Louis Breguet demonstrated his mastery of the physics with a double pendulum resonance clock. 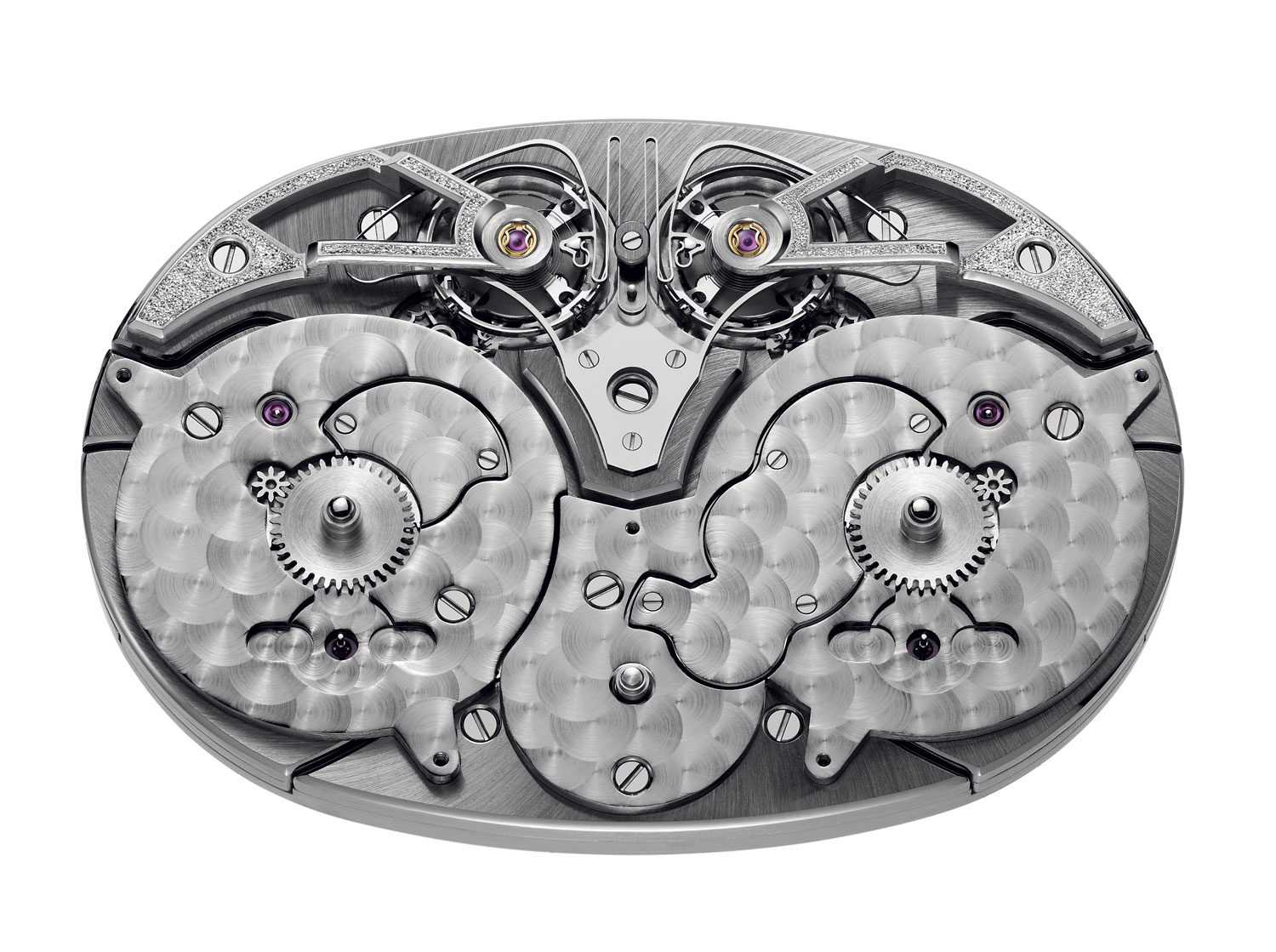 An outside shock slowing down one of them increases the speed of the other one by the same amount; but both will strive to get back in resonance, averaging and minimizing the effects of the outside influence as they find their rhythm. What was true for Huygens’ and Breguet’s clocks is just as true for Armin Strom’s wristwatch.

The advantages of resonance are threefold:

While the advantages of resonance have been known for centuries, only a handful of clockmakers and watchmakers have created timepieces deliberately and successfully exploiting the phenomenon of resonance, including Antide Janvier (1751-1855) and Abraham-Louis Breguet (1747-1823).
And, now, Armin Strom.