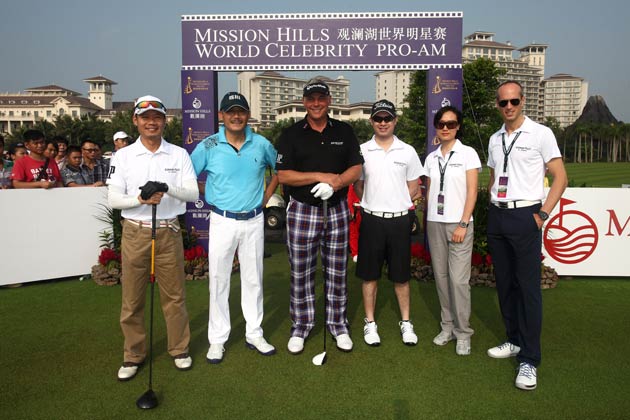 Linked historically to the golfing world via its brand Ambassadors, the Swiss Watch Manufacturer Audemars Piguet was pleased to participate as the official timekeeper of the prestigious Mission Hills World Celebrity Pro-Am that took place in Haikou, China between October 19 and 21, 2012.

What other sport has a Pro-Am format which can bring together an NBA legend and a film star, a businessman and a football ace, a captain of industry and a hardened pro? None. Only golf can unite such a collection of celebrities from around the world, all driven by the same passion. What is more, this is no show of force, but rather a philosophy based on sharing and generosity. The involvement of Audemars Piguet in the Mission Hills World Celebrity Pro-Am has but one simple aim: to create a unique golfing experience and develop an exclusive relationship. 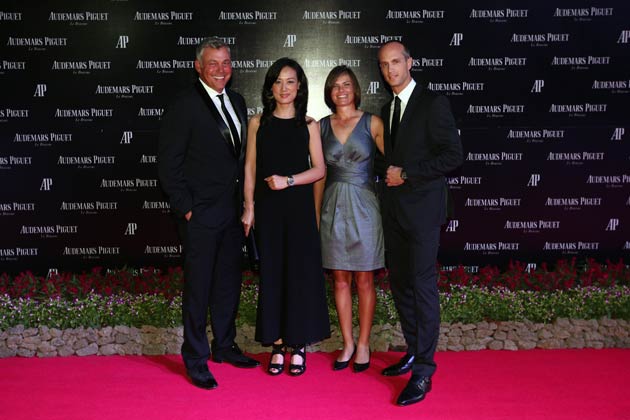 A mere two years after its launch, the Mission Hills World Celebrity Pro-Am has become Asia’s most prestigious golf tournament. Its attractive mix of sport, elegance and charitable spirit has developed a worldwide appeal. Taking part in the 2012 edition were celebrities ranging from ex-basketball star Yao Ming to former Brazilian football wonder boy Ronaldo. Also attending were the Olympic gymnastics champion turned businessman Li Ning, Scottish snooker ace Stephen Hendry, not to mention the greatest swimmer of all time, Michael Phelps. Among the Hollywood celebrities were stars like Adrian Brody, Ryan Reynolds and Andy Garcia and a galaxy of Asian film stars such as Feng Xiaogang, He Ping, Wang Zhiwen, Chen Tao-ming, Zhang Guoli, Sun Nan, Leon Lai, Charlie Young and Michelle Chen. And to top it all off, several top level golf champions lined up alongside one of the world’s very best: Darren Clarke, an Audemars Piguet Ambassador since 2005, four-time Ryder Cup winner and outstanding victor at the British Open in 2011.

Audemars Piguet guests had the chance to play one round of golf on the first day of the competition in teams composed of three amateurs, one professional golfer and one celebrity. Two Audemars Piguet guests particularly enjoyed their day as they were partnered with Darren Clarke and He Ping, renowned Chinese film director, and ended up winning the event together. 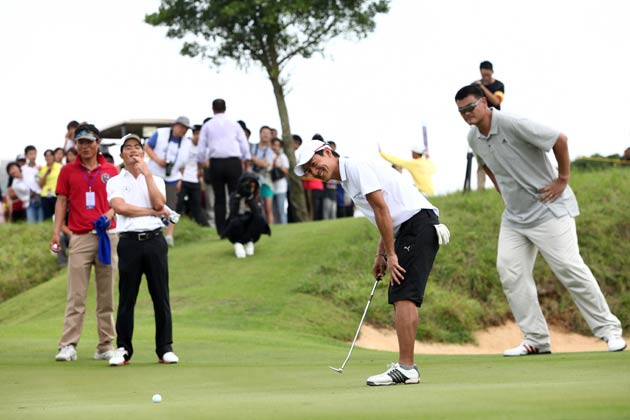 Over the weekend, Audemars Piguet guests were able to watch the 2-day competition where each of 25 professional golfers were partnered with one celebrity from the Audemars Piguet marquee by the green of the 18th hole. The pro winner on Sunday afternoon was American golfer world number 13 Matt Kuchar, a known collector and fan of Audemars Piguet, received a the Selfwinding Royal Oak by David von Gunten, Audemars Piguet (Hong Kong and Mainland China) CEO.

Commenting on the new partnership, David von Gunten said, “the overall experience provided by the Mission Hills World Celebrity Pro-Am was amazing for all involved, but in particular for our guests. We were fortunate that our brand Ambassador Darren Clarke was in great form on Friday and lifted our guests to their full potential to win the first day’s team competition. During the gala evenings and at our marquee, Darren had a great time interacting with our guests”.

Through its association with the Mission Hills World Celebrity Pro-Am, Audemars Piguet also played a part in supporting the UNICEF nutrition programme “Believe in Zero,” which is a leading targeted campaign to eradicate all forms of infant mortality. The event charity goals are in perfect accord with the values which have been promoted for so long by the Manufacture in Le Brassus.