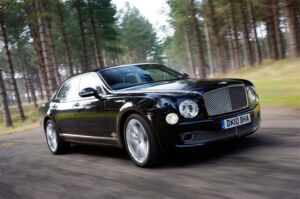 Bentley is proud to announce that its flagship Mulsanne has been chosen by Centurion Magazine readers as their outstanding car model in the category Best Limousine/Saloon Car in the magazine’s Readers’ Choice 2010.

Centurion, the luxury lifestyle magazine for the holders of the most exclusive charge card from American Express®, the Centurion® Card, inspires the travel and lifestyle choices of its target audience. After more than a decade of providing inspiration to its readers, the publisher decided it was time to let them take the lead in choosing what elements of modern life inspired them and their fellow Centurion® Members internationally.

The Readers’ Choice is the first such survey undertaken by the editorial team of Centurion Magazine, and indeed the first worldwide survey on this scale to be conducted by any lifestyle magazine.

Readers were invited from across Europe, the Middle East, Asia and the Pacific to share their favourites in various travel and lifestyle categories, with the top three highest-ranking companies in each category announced in the current issue of Centurion magazine in all markets. 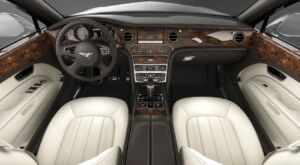 “The inaugural Readers’ Choice survey has taken our relationship with our readers to a whole new level. For the first time, we have been given an insight into the personal favourites of precisely the people Centurion magazine is created for.

“The results have proved extremely enlightening, and we are pleased to see the high rankings of so many brands with long-standing relationships with our readers. To be the favourite of just one Centurion reader is praise enough, but for those ranking within the top 3, it is the ultimate recognition from Centurion readers the world over.

“The Centurion readers’ award for the new Mulsanne, which has been designed and engineered at Crewe from the ground-up, is a significant honour for Bentley. We are delighted that our efforts to create a new Bentley flagship combining performance with very high levels of luxury and refinement have been recognised in this way.”

Design Director Dirk van Braeckel explains the inspiration behind the Mulsanne’s distinctive appearance:  “The opportunity to design a new flagship Bentley is something afforded to very few designers. The team set out to create a sculpted form that blended classic Bentley heritage cues with modern lines.”

The body is produced in a new manufacturing facility at Bentley’s headquarters in Crewe where traditional metalworking skills, developed over six decades, are still used extensively during the nine-week build process. It is the very opposite of volume-production car-building – but the epitome of Bentley.

These traditional and unique skills are complemented by the latest in-car technologies which have been discreetly placed within the Mulsanne’s sumptuous interior. A multimedia system with 60GB hard disc drives satellite navigation, audio/video, personal data, telephone and Bluetooth® connectivity. The upper dashboard houses an 8-inch multimedia screen, positioned unobtrusively behind an electrically operated veneered door, while below sits a stylish, leather-lined media player stowage drawer with connectors for iPod, USB, Mini USB and 3.5mm aux.

More than 170 hours – almost half the entire build process – goes into crafting the interior of the new Mulsanne. Customers may select from an extensive range of premium quality veneers, unbleached for a natural appearance, and two marquetry options: picture frame and contemporary cross-banding. True to the Bentley ethos, customers may also select from a virtually unlimited palette of leather hides, including 24 ‘standard’ colours, of which three are new for Bentley. This unrivalled choice of veneers, leather hides and paint colours ensures that the needs of all customers can be matched perfectly.

With the leading award from some of the world’s most discerning customers, the Bentley Mulsanne lives up to W O Bentley’s, the company’s founder, desire to be “the best in its class”.