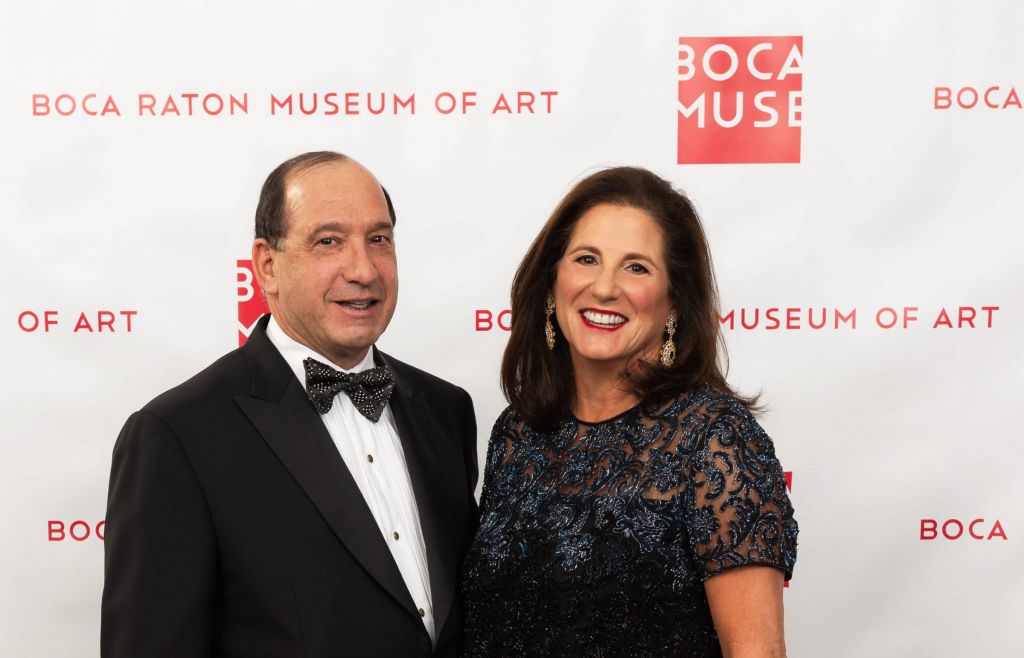 The first announcement was the $1 million contribution by the Gala’s Honorary Chairs, Jody Harrison Grass and her husband Martin Grass, to benefit the Museum’s education initiatives. Jody is the Chair of the Museum’s Board of Trustees.

The second announcement was that more than $630,000 was raised during the Gala, the highest amount the Museum has ever raised in its 70-year history at a Gala event.

The event was also Co-Chaired by Stacey and Evan Packer, Carrie Rubin, and John Tolbert.

The funds raised during the Gala were thanks to record-setting sponsorships and a live auction. This year’s event also featured a special “Gift from the Heart” call-to-action that encouraged guests to donate in honour of the Museum’s 70th anniversary.

It began with Mr Lippman’s announcement of the $1 million donation by Jody Harrison Grass and Martin Grass, and their children Leila, Sharla, and Noah.

“These two philanthropic milestones represent the generosity of Boca Raton and the personal commitment to the Museum’s trajectory of making a difference for the community,” says Irvin Lippman, the Executive Director of the Boca Raton Museum of Art. “The Museum is honoured to receive such a groundswell of support for our new programs.”

The Museum’s 70th Anniversary Education Fund has re-focused the orientation of the building, bringing the new Education Center space front and centre as the cornerstone of both the building and the Museum’s mission.

“The art education programs are firing the imaginations of new generations of students in South Florida,” says Jody Harrison Grass, the Chair of the Museum’s Board of Trustees. “For 70 years, the Museum has created unique pathways where people make personal connections with art by looking, learning, and creating.”

“Along with my husband Martin, we hope others will join our family and the Wolgin family in supporting the Museum’s Education Fund,” adds Jody Harrison Grass. 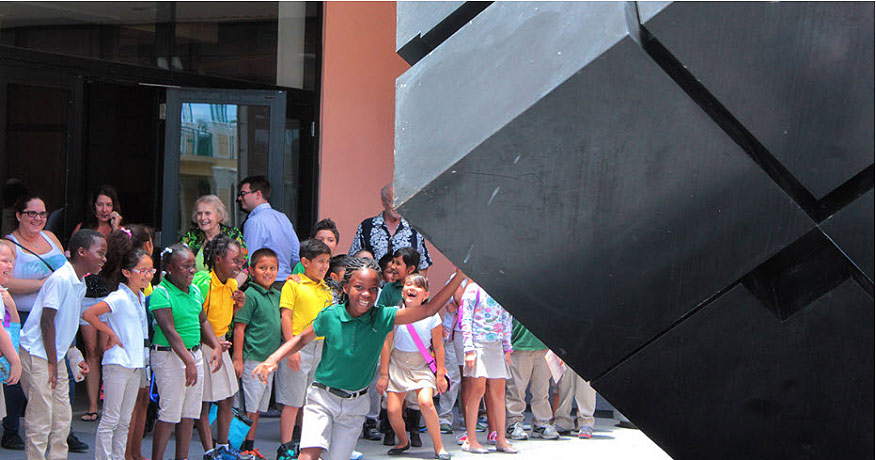 Dan Wolgin is the newest and youngest member of the Museum’s Board of Trustees. He was featured during the Gala’s 70th-anniversary video and represents the third generation of Wolgins to support this institution.

Twenty years ago, Dan Wolgin’s grandfather and grandmother, Bill and Acey, and great uncle and aunt, Sidney and Jacquee, supported the building of the current Museum in Mizner Park.

During the Gala event, Irvin Lippman also stated: “Thanks to the major gift from Jody and Martin, and the ongoing support from the Wolgin family and so many others. The Museum will open two newly-transformed spaces in the Spring of 2020 ─ the Jody Harrison Grass Lobby and the Wolgin Education Center ─ creating greater visibility for its award-winning educational programs.”

About the 70th Anniversary Gala
The Museum’s Gala Dinner and Dance are one of Boca Raton’s most highly anticipated fundraisers of the season. Four hundred of the community’s leading philanthropists, collectors and business leaders attended at the Boca Raton Resort & Club. 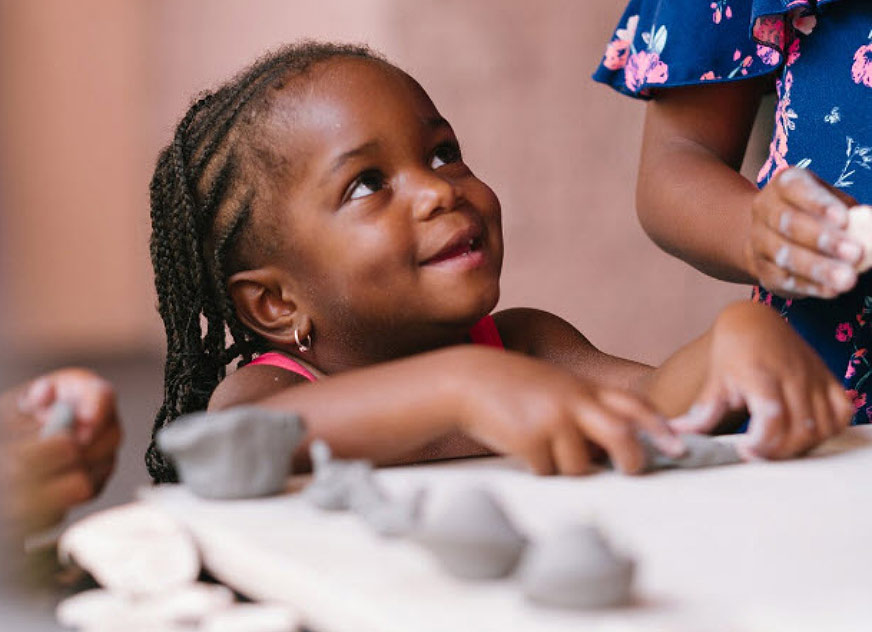 Education is front and centre
Every year at the Museum in Mizner Park, more 15,000 children and 100,000 visitors experience the wonders and diversity of the visual world through outstanding exhibitions and programs.

The Museum makes art education convenient and accessible for youth and young adults by offering free admission and programs for all primary, secondary, and college students. It is a place where children, families, and adults can deepen their imaginations, expand their creativity, and share the sheer joy of being together.

At the Museum’s Art School every year, located in its original historic home on Palmetto Park Road, more than 5,000 children and adults discover and grow their talent through quality art instruction. 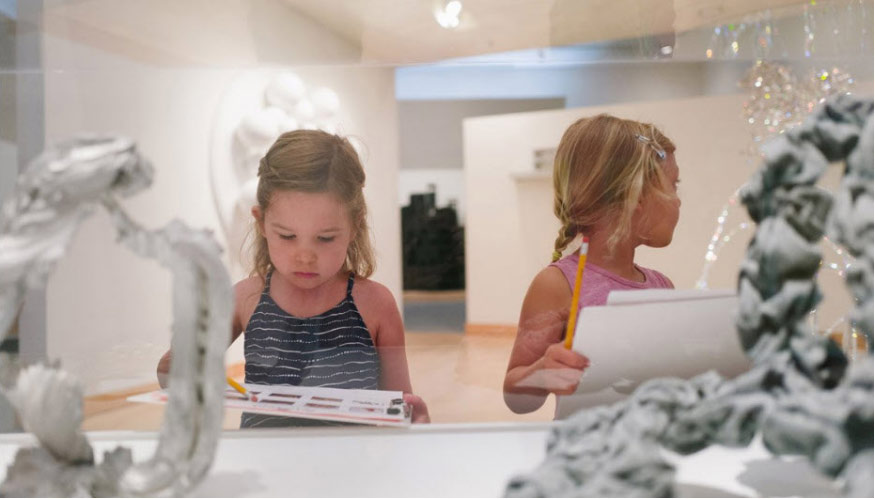 After-School and Saturday Classes, Summer Art Camp, and Teen Workshops are an essential part of over 100 classes and workshops that are offered weekly. More than 100 scholarships are provided annually to children with financial need.

The Art School is a place where children and teens are encouraged to explore their budding artistic interests and make art and creativity a lifelong practice.