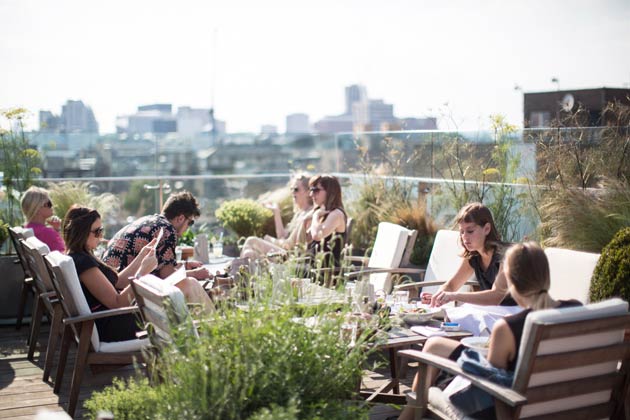 Mr Husband and I arrived on a Saturday afternoon to soak up all that Shoreditch has to offer on the weekend. Our corner contemporary room on the first floor called ‘Eileen Gray’ featured six huge sash windows that let lots of natural light in (and of course blinds to block it out when sleeping). 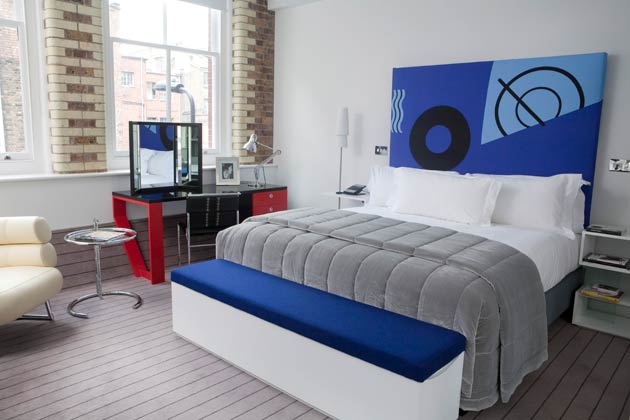 In fact, each room is individually named, ours of which is after probably one of the finest and least recognised talents of 20th Century design. Born and educated in Eire, Eileen Gray developed her skills particularly in lacquer work in Paris and later developed as a distinguished designer and architect in the 1920s. Her limited repertoire of work is now recognised with one of her armchairs owned by Yves St Laurent selling at auction for £20million.

As well as the usual deluxe amenities, there’s even a kitsch glass bottle of fresh milk in your fridge to help yourself to a proper cup of tea or coffee, rather than long life pots you would usually come across. A simple touch but meaningful all the same. 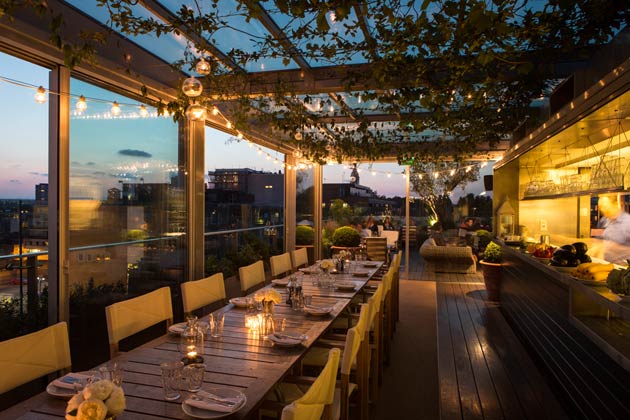 A star attraction is that Boundary also has an all-year-round rooftop bar and grill with weatherproof pergola. It also features a garden design that includes a canopy of grape producing vines, together with a subtle garrigue and wild herb theme, plus a few other horticultural enhancements. The rooftop garden also has two 100-plus-year-old olive trees and a unique humidor that was purchased at auction in Cuba. Another focal point for staying guests and locals alike is the small British food store and bakery downstairs at the ground level with its all day eaterie, called The Albion. Mr Husband tucked into a freshly prepared Full English breakfast, whilst I started my day with toasted bread with smoked salmon and scrambled eggs and a very well brewed coffee. Looking around us, we noticed that the place was brimming with people and clearly the place to be for a laid-back yet wholesome and refined Sunday brunch. 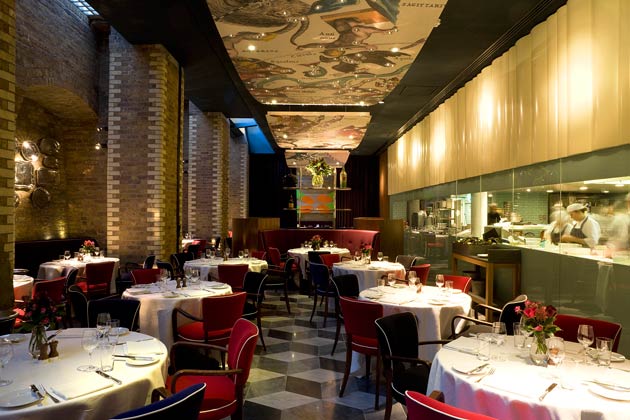 For those who enjoy their fine dining, there is also a restaurant lead by head chef Frederick Forster, which is rooted in classic recipes and techniques to create a modern French à la carte menu. Expect roast langoustines, heritage tomatoes and warm goats cheese and baby artichokes, girolles, butternut squash purée and summer truffle to start, with roast monkfish, glazed cauliflower, mussel and crab emulsion and beef fillet, seared foie gras and wild mushroom tart to follow for the main, sweetened up with desserts such as classically French crème brulee and tarte tartin to end. 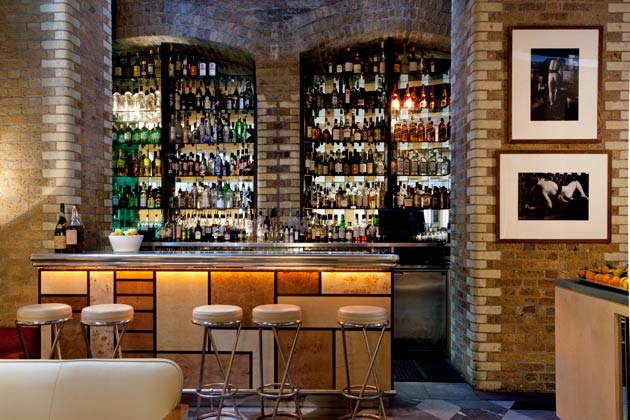