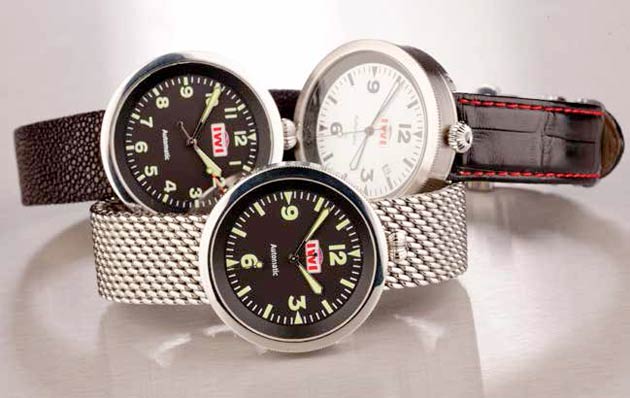 Hand Made English watchmakers, IWI Watches have announced that one of Britain’s best known automotive designers, Peter Stevens has joined the company in the capacity of a design consultant.

Peter Steven’s is a multiple award winning designer having gained numerous plaudits for his work, most notably on the iconic McLaren F1, regarded still to this day as one of the finest supercars ever made. 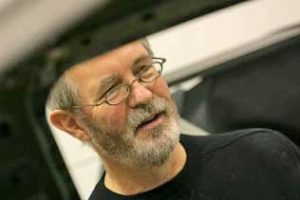 His impressive design talents have also been used by BMW, Lotus and Lamborghini. Many of the cars designed by Peter can be found in both private and public collections throughout the world, this should come as little surprise as he was twice nominated for the UK’s HRH Prince Phillip Designer of the Year as well as being Visiting Professor of Vehicle Design at the Royal College of Art. Over the years, his time and knowledge at the Royal College of Art provided great assistance to leading designers from esteemed companies such as Jaguar, Ferrari and Aston Martin.
His parents were both artists as was his motor journalist uncle, Denis Jenkinson, a man who had the distinction of reading the pace notes for the legendary motor racing driver Stirling Moss when he won the 1955 Mille Miglia.

IWI Watches CEO, Tim Nadin said: “I am absolutely delighted that Peter has agreed to join the team at IWI Watches. To have someone of the international calibre of Peter guiding us on our  design direction for the future is quite extraordinary and marks a new chapter for IWI Watches. The McLaren F1 has written itself into the imagination of car enthusiasts worldwide as one of the most timeless designs in supercar history and now Peter will capture time itself within the future horological creations of IWI Watches.”

During his extensive career in automotive design, Peter has contributed to many road and race designs including the 1999 Le Mans-winning BMW, the Lotus Elan, the Lotus Esprit revision, Jaguar’s XJR-15 and the Subaru Impreza P1.

Peter Commented: “I’m really excited to have the opportunity of a new challenge in the horological world. I’ve always had a great passion for the precise and detailed mechanical engineering of watches as I have for cars. But, in the same way as the cars I’ve designed, it’s the package – the case, the watch face, the hands, the crown and even the strap and various mechanisms around these areas which encase the movement that are most obvious and where the aesthetic and tactile originality is. I’ve been very privileged to have designed for some fantastic automotive companies in my career and I’m really looking forward to working with IWI Watches with their on-going product design programme.”