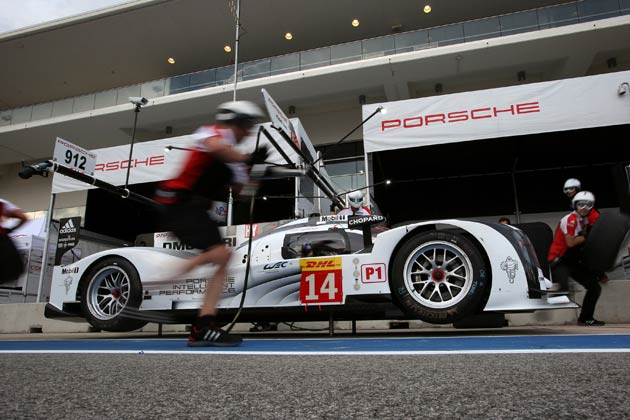 This weekend the FIA World Endurance Championship (WEC) series heated up again after a long summer break at the Circuit of the Americas (COTA). 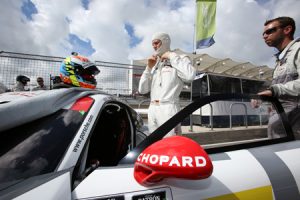 As the Official Timing Partner of Porsche Motorsport since the beginning of the season, Chopard was proud to support the Porsche teams in the Austin, TX FIA WEC as the Porsche 911 RSR teams came in second and fourth position and the Porsche 919 Hybrid cars ended at the fourth and fifth place.

At the six-hour race on the Circuit of the Americas in Austin, the Porsche 911 RSR finished second in the GTE-Pro class race. At the fourth round of the World Endurance Championship (WEC), the French Porsche works drivers Patrick Pilet and Frédéric Makowiecki looked like they might even bring home their second trophy of the season in front of 50.000 spectators. But although they held the lead until shortly before the finish, they were finallly beaten to the flag after a fight by a mere sixteen seconds. 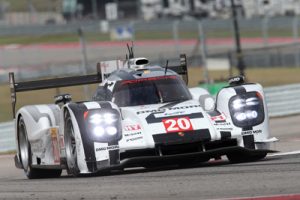 After significant qualifying performances and a long time in the lead in the race the two Porsche 919 Hybrids only finished fourth and fifth in the six-hour race on Saturday. Car number 14, driven by Romain Dumas (France), Neel Jani (Switzerland) and Marc Lieb (Germany), was leading the race for a long time, but suffered problems at the end and finished just in front of its counterparts’ car in Austin, Texas (USA). Timo Bernhard (Germany), Brendon Hartley (New Zealand) and Mark Webber (Australia) brought their number 20 car home in fifth place after an action packed fourth round, which was held half at night.

The race on the Grand Prix circuit on the outskirts of the Texan city on Saturday afternoon set off under hot and humid weather conditions. Shortly before nightfall, torrential rain quickly flooded large sections of the race track. 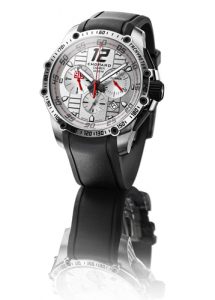 Chopard is proud to be the Official Timing Partner of Porsche Motorsport. Perfectly in line with the spirit of the Superfast watch collection, this prestigious partnership is an extension of Chopard’s longstanding commitment to automotive sports.

Born of a joint desire to pursue reliability and innovation, the exceptional mechanics emerging from the Porsche Motorsport or Chopard workshops have significantly influenced their respective fields and remain benchmarks for aficionados of motorsports and watchmaking.

The paths of Porsche and Chopard also meet in the story of another legend: Jacky Ickx. An exceptional driver who has put his name in the history books by feats achieved in several motorsports disciplines, and a longstanding Chopard ambassador, Jacky Ickx – nicknamed “Mr Le Mans” – can lay claim to six victories in this legendary case, of which four at the wheel of Porsche!

He has also taken part in the famous Mille Miglia race at the wheel of a Porsche 550 Spyder along side Chopard’s Co-President, Karl-Friedrich Scheufele, an avid motorsport enthusiast and vintage racing car collector.

Karl-Friedrich Scheufele states: “Porsche stands for passion and performance – values we can fully identify with. We are proud to be part of their return to the FIA World Endurance series this season.”

The FIA World Endurance Championship will continue through October and November with races in Fuji/Japan, Shanghai/China, Sakhir/Bahrain and Sao Paulo/Brazil.