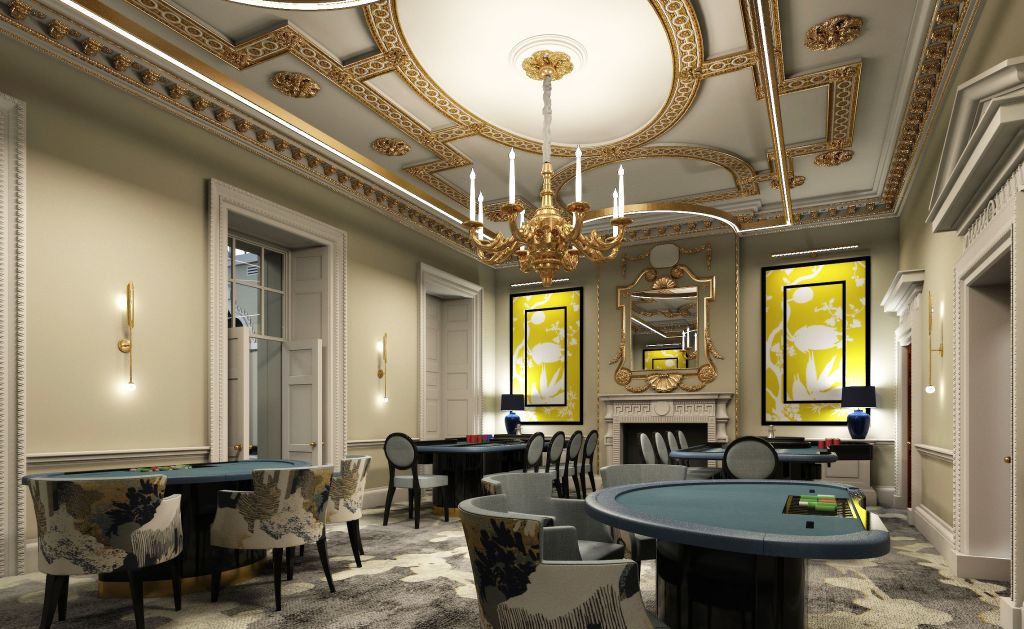 This Summer, the Clermont Club will return to No.44 Berkeley Square, reopening its doors as a private members’ club and casino.

The Clermont Club will build upon its powerhouse legacy, by connecting members to its rich past while offering a forward-thinking approach to gaming, hospitality and design.

First founded in 1962 by the debonair John Aspinall, the iconic Clermont Club was at the epicentre of a social movement that soon spread out across swinging London, continuing the high-rolling days of the Regency aristocracy who once came to the 1st Earl of Clermont’s home to gamble in the 18th century.

As well as playing a pivotal role in the development of modern-day gaming, the Clermont Club can also lay claim to changing the face of modern finance as it is was where the wealthiest and most influential men in the world once met to strike deals and first conceived the concept of private equity investing.

Now, members of the Clermont Club will be able to play their hand at a choice of four classic casino games: Roulette, Blackjack, Baccarat and Three Card Poker in one of London’s finest grade 1 listed townhouses. Bringing new dynamism to Mayfair’s traditional gaming scene, the club will offer intuitive service and high table maximums, attracting players from around the world.

Always considered to be ahead of is time, No.44 Berkeley Square is a hidden gem of Georgian architecture, where decadent design features by the eminent architect William Kent can still be admired today – from the sweeping staircase and Georgian mirrors to the neo-classical ceiling in the Grand Salon.

Interiors by WISH Interior Architecture pay respect to the original architecture, while also pushing the leading edge of art and design by introducing contemporary Asian interiors to the period bones of the building. Occupying three floors, the club now accommodates six individually designed gaming rooms, a restaurant and a top-floor library for private gaming.

This Asian accent will extend to the restaurant where Italian-born Executive Chef, Arturo Granato has designed an à la carte Modern-European menu. Arturo will also oversee the design of additional Asian and Middle Eastern menus. Arturo joins the Clermont Club from Michelin-starred Club Gascon where he was previously Head Chef.

Director of Gaming Dino Constantouris states “We are excited to be a part of this new phase of the historic Clermont Club reimagining the future of the club, while setting new standards in hospitality, taste and luxury.”