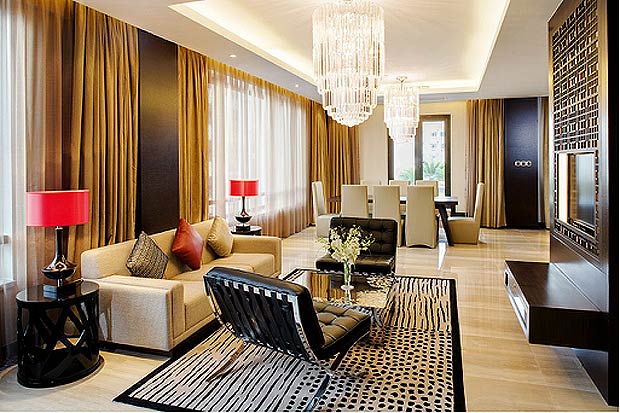 Crowne Plaza Hotels & Resorts Accelerates Growth with Opening of 10 Hotels in 2012 to Become the Largest Upscale Brand in Greater China.

IHG (InterContinental Hotels Group), the world’s largest hotels group by number of rooms and in Greater China, is continuing its rapid distribution growth in the region with Crowne Plaza Hotels & Resorts adding 10 new hotels to its brand portfolio in 2012. This extra expansion will bring the total number of Crowne Plaza Hotels & Resorts operating in Greater China to 63 and make it the largest upscale international brand in the country.

Keith Barr, chief executive officer, IHG Greater China, attributes the brand’s growth success to its solid foundation in the upscale segment: “Crowne Plaza Hotels & Resorts is the fourth largest upscale hotel brand in the world and one of the fastest growing brands in Asia Pacific with a strong development pipeline. We are thrilled to announce these 10 new hotel openings, as they reinforce our serious commitment to growth in Greater China.  As part of our expansion efforts throughout the region, we plan to introduce our brands to new markets and provide both business and leisure travellers with the best selection of hotels throughout the country.”

Crowne Plaza Hotels & Resorts is a dynamic hotel brand currently located in nearly 60 countries around the world. Truly international, Crowne Plaza offers premium accommodations designed for discerning business and leisure travellers who appreciate simplified elegance combined with the practicality of the latest features, as well as value for money. At Crowne Plaza, guests can enjoy 24-hour business service, wireless high-speed internet access in the lobby as well as superior fitness and leisure facilities. By the end of 2012, Crowne Plaza will become the largest upscale international hotel brand in Greater China with hotels operating across 50 cities and another 50 in the development pipeline to be opened in the next three to five years.

“The Crowne Plaza global portfolio has doubled since 2003 to nearly 400 hotels, and our global pipeline has increased fourfold to 115 hotels, the most hotels in the development pipeline of any upscale brand globally,” added Barr.

With its aggressive and strategic market entry pace since 1991, Crowne Plaza in Greater China has now become the first upscale international hotel brand that is located in all major urban centres, gateway cities and resort destinations. Among the 10 new properties, the geographic coverage not only includes tier one cities like Shanghai and Hong Kong, but also tier two and tier three cities like Hefei, Xi’an, Xuzhou, Zhenjiang, Tianjing and Lanzhou, and resort destinations like Huangshan and Xishuangbanna. The 10 hotels opening in Greater China in 2012 are 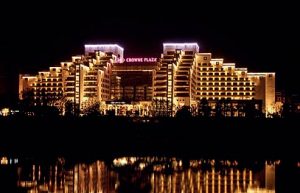 One of the 10 new hotels, Crowne Plaza Xishuangbanna, is part of the brand’s push into top resort destinations as inbound leisure travellers and the number of domestic trips rises. Nestled amidst the stunning natural beauty of southern Yunnan with a nearby wild elephant park and botanical gardens, the Dai Palace-inspired Crowne Plaza resort is a delightful oasis of local culture and indulgent resort accommodations with 520 guest rooms. The resort features a 1,500-square-meter ballroom that accommodates 1,000 people seated banquet style, two additional junior ballrooms, 12 meeting rooms and a grand VIP welcome hall, all with state-of-the-art audio visual support.

Opening in September 2012, Crowne Plaza Hong Kong Kowloon East, located in Hong Kong’s emerging commercial and residential community of Tseung Kwan O town centre, will be the second Crowne Plaza hotel in Hong Kong. Conveniently located near an MTR station and many of Hong Kong’s famed shopping and leisure venues, the uniquely designed property provides an easy starting point to travel freely around the city. The hotel offers 359 well-appointed guest rooms and features a spacious 2,400-square-meter function area, including 11 multi-function rooms to accommodate 1,250 guests for sit down banquet and 2,000 guests for receptions. The unique Grand Ballroom is one of the largest in Hong Kong with its 6.75-meter high ceiling.