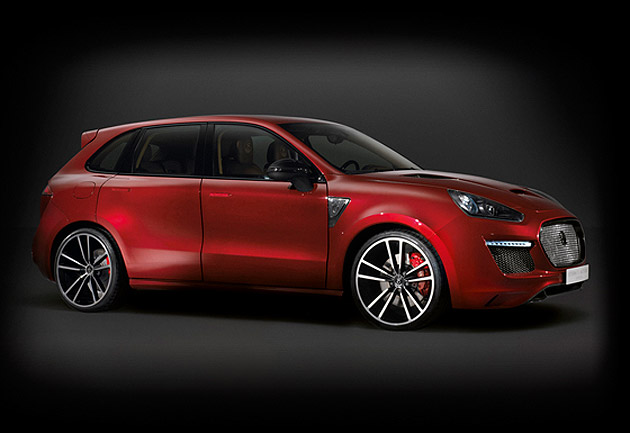 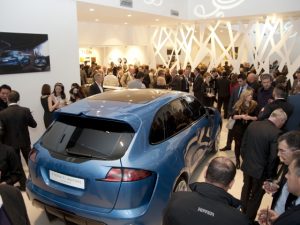 The event at the 10,000 sq ft facility in Park Royal, north-west London, which was attended by over 100 media, business figures, and VIPs including the Grammy and Brit award-winning music producer Steve Levine, includes an atelier and design studio where customers can have consultations to develop their own vehicle specifications.

Eterniti is establishing a network of wholly-owned showrooms in key centres, and after London, it plans to open in Asia in 2013, beginning with Hong Kong, which will serve as the company’s Asia-Pacific hub, followed by China.

During the unveiling, the company also showed the production-specification version of its first model, which was previously revealed as an engineering prototype at Beijing’s Auto China 2012 international motor show in April. Costing £210,000 for all territories apart from China which has its own pricing model, the Artemis is the world’s first Super-SUV – a term created by Eterniti for a new class of vehicle providing the higher levels of luxury, performance, and exclusivity demanded by today’s wealthy car buyers. It comes to market ahead of projected luxury SUVs from Bentley (the EXP 9F), Lamborghini (the Urus) and Maserati (the Levante). 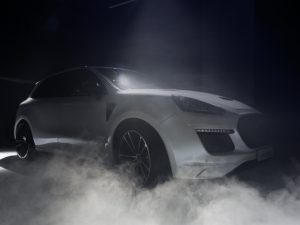 The car has a limousine-like rear cabin featuring standard-setting legroom, twin reclining rear seats with heating and cooling, iPad-ready holders with electronic reveal, and a drinks chiller with crystal glasses. This satisfies a specific and growing demand, particularly in Asian markets, for a car suitable for chauffeured transport but also driving for pleasure. Unlike a conventional limousine, an SUV can offer excellent handling and driver appeal, and the ride height and ruggedness are suitable for poor road surfaces which can make limousines and conventional high-performance cars completely impractical. With all these attributes in one package, the Artemis is the ultimate crossover.

The interior is lavishly handcrafted in Britain, with a specification also including the finest leathers, quilted floor coverings, and boot trim, lambswool rugs, veneers including natural woods, piano black and carbon fibre, and the no-cost option of starlight roof lining. Thousands of combinations of exterior and interior trims mean that every car can be made unique.

The body panels are carbon composite and also hand-built, and finished in a large choice of paint colours, complemented by different chrome trim styles. Ultra-low profile 315/25 tyres sit on dedicated 23” super-lightweight forged alloy rims in a variety of styles. 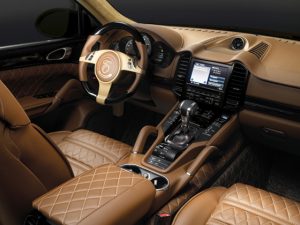 The 4.8-litre twin-turbo V8 engine produces at least 600bhp (441kW) and 750Nm (553 lb ft) torque, and the Artemis can accelerate from 0 to 100 km/h (0 to 62 mph) in just 4.5 seconds, and can exceed 290 km/h, making it the fastest large SUV available. Performance and handling have been developed by a race-bred British engineering team led by Alastair Macqueen. He has previously developed the iconic Jaguar XJ220, then the world’s fastest road car, and has engineered three outright Le Mans 24 Hour race wins for Jaguar and Bentley. The car has been test-driven by F1 Grand Prix winner, Johnny Herbert.

Interior trim and personalisation is headed by Alan Mobberley, who was previously at Land Rover for 20 years, with responsibility for development of the cabins of the  Range Rover and the Discovery, for which he won a Design Council Award.