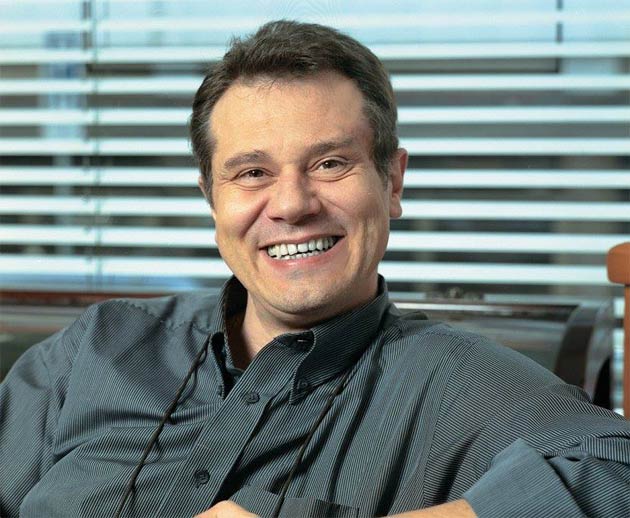 The F.P.Journe Chronomètre Bleu Byblos sells for US$ 149’000 at Christie’s Dubai Watch auction in aid of the Rashid Centre for Disabled in Dubaï

The F.P.Journe Chronomètre Bleu Byblos with Eastern Arabic numerals and visible rose Gold movement has been auctioned by Christies Dubaï on October 22nd, with the proceeds of the sale going to charity for the 20th Anniversary of the Rashid Centre for disabled in Dubai, UAE. 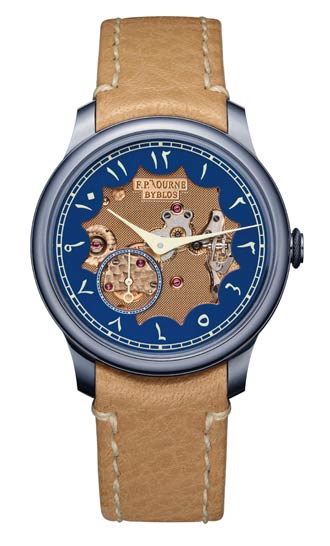 There was competitive bidding on the Chronomètre Bleu Byblos offered by Claude Sfeir, in the packed salesroom which witnessed the price soar to an amazing US$ 149’000, close to approximately 6 times its original estimate of US$ 25’000.-

The Chronomètre Bleu Byblos is a rare timepiece (number 59 out of a limited series of 99). A thunder of applause broke when a collector and philanthropist won the final bid on the phone, raising US$ 120’000 for this worthy cause.

This special Chronomètre Bleu Byblos with Eastern Arabic numerals is one of the very few timepieces produced from the Limited Series of 99 pieces with Arabic numerals created for the opening of the new F.P.Journe Boutique in Beirut which opened last September in the Ashrafieh district.

Claude Sfeir commented: “Without sharing with those in needs, our success is never completed. Over the years I have participated in many charity auctions with much enthusiasm. This time I am donating this exclusive piece by F.P.Journe and the proceeds of this sale goes entirely towards the Rashid Centre for Disabled. I am happy that the international watch collector community has shown generosity in their endorsement of this great institution which is celebrating its 20th anniversary of support for children with special needs and which stands under the patronage of its Chairman, H.H. Sheikh Ahmed Bin Saeed Al Maktoum.”

The Chronomètre Bleu Byblos
The donated wristwatch is the latest creation by F.P.Journe to mark the brand’s 10th boutique-shop opening in Beirut. This unique model was named after the city of Byblos, located on the Lebanese coast, just a few kilometers north of Beirut. The Chronomètre Bleu BYBLOS is a limited edition of 99 numbered pieces. For the first time, F.P.Journe has used a cut-out dial that reveals the exceptional, beautiful, 18K rose-gold mechanical movement. With its blue hour circle featuring Arabic numerals, the Chronomètre Bleu BYBLOS represents the Oriental sun set against a deep Mediterranean blue sky. Another unprecedented characteristic of this model is the ‘J’ from the Phoenician alphabet in the F.P.Journe logo engraved on the movement. The Phoenician ‘J’ is the letter ‘yodh’, that means ‘hand’ and thus emphasizes the importance of handcrafting in F.P.Journe’s creations. Furthermore, ‘yodh’ is the tenth letter of the Phoenician alphabet, consequently alluding to F.P.Journe’s 10th Boutique-shop in Beirut. The present lot is part of the very few pieces from a Limited Series which are being fitted with Eastern Arabic numerals on the dial.

The Rashid Centre for Disabled
Rashid Centre for Disabled is an established humanitarian organization that was inaugurated in 1994. It provides top quality education and therapy services to children with special needs, aligning itself with international standards of excellence. At Rashid Centre, each child benefits from a tailored-made educational and therapeutical program carefully designed to meet his/her individual needs. The purpose of this approach is to develop the children abilities within their own environments (home, school, community) with the aim for them to be as independent and active as possible. Parents are also encouraged to be actively involved in their child learning at the Centre. Rashid Centre for Disabled delivers services that set high standards and expectations for children with special needs residing in the UAE, and to develop awareness and an understanding of disability issues in the Gulf Community. Having celebrated its 20th anniversary last April, the Centre now counts more than 300 children, aged between 5 and 18 years old. Rashid Centre for Disabled is conveniently located in central Dubai, behind the Mall of the Emirates, off Umm Suqeim Road.