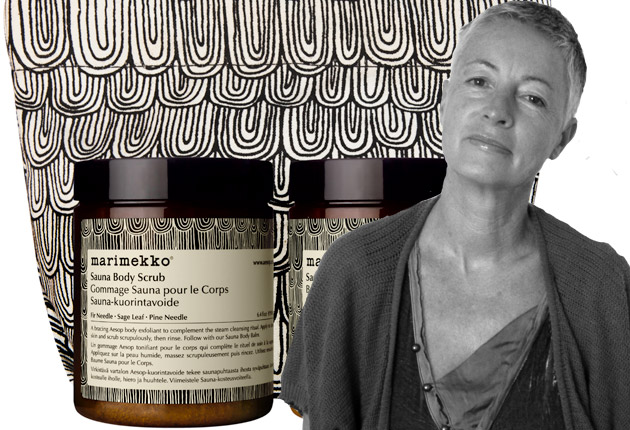 With a clean and no-nonsense approach to skin care and beauty, Aesop meteoric rise in the beauty industry can be attributed to its excellent quality and proven efficacy. Founded in Melbourne in 1987 by Dennis Paphitis Aesop’s raison d’état was to provide their customers a range of superlative products for the face, hair and body using plant-based and laboratory-made ingredients of the highest quality.

With the cult following that it has managed to cultivate, Aesop has succeeded many fold in what they set out to do. The Aesop identity does not revolve around models, celebrities or gimmicks. In a world of fast retailing and product turnaround; Aesop is the slow food movement of the cosmetics world. Suzanne Santos, the Country Manager for Aesop Australia and who has worked alongside the founder Paphitis since the brand’s inception was in Kuala Lumpur for the opening of Aesop’s fourth store in Malaysia, located at Bangsar Village II. She says there not using models or celebrities for Aesop’s marketing is actually quite liberating. “It honest and flows easily. It’s interesting how customers respond our marketing endeavours. It all the small associations from the campaigns we conduct to our customer’s testimony which combine to become a global interpretation.”

Aesop makes products with purpose and which accommodate our understanding of skin conditions with variations around climate. Introducing only products which are relevant, Santos says Aesop only comes out with products when there is a genuine need for them. “We don’t make any abstract claims in our communications to our customers,” says Santos. “We say true to our identity by not allowing ourselves to be distracted by anything but what we are. We are a very focussed company.”

As no two Aesop stores are alike, the newest one in Bangsar was designed by Melbourne-based Kerstin Thompson Architects and draws extensively on traditional local architecture – such as the repurposed timber louvers for shelving units and pale pink timber slats which dress the walls, referencing the structure and palette of the many local shop fronts and domestic facades. The low-key décor of the store is similar to the approach and philosophy of Aesop, quiet but efficient and effective. “You either notice us or you don’t,” Santos says. “If you notice us then you are the kind of customers we are looking to attract.” 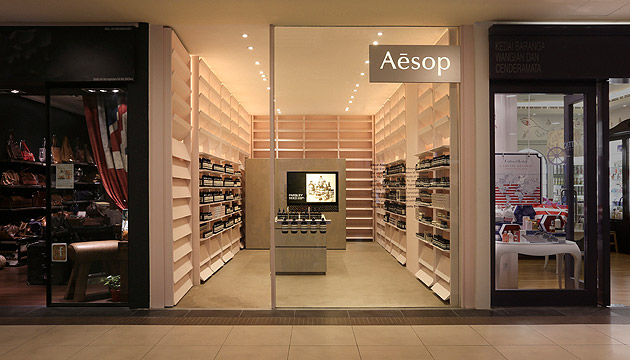 Among Aesop’s range which has a large following are the Parsley Seed range with the facial cleanser and Anti-Oxidant serum being best-sellers. The Jet Set Box which contains four products, the Classic Shampoo, Classic Conditioner, Geranium Leaf Body Cleanser and Rind Concentrate Body Balm is also popular with frequent travellers as it promises to restore the weary jet setter after a long flight. Another best-seller is the Camellia Nut Facial Hydrating Cream. “There are hundreds of thousands of people who use this product and have exactly the same comforting feeling when they slather it on. People are loyal to Aesop because our products are very dignified. We use large quantities of the best ingredients so the experience of our customers while using our products is extremely enjoyable.”

Aesop products are available in signature spaces and department stores in New York, Paris, Hong Kong and beyond, at Aesop Online, and at selected stockists internationally.