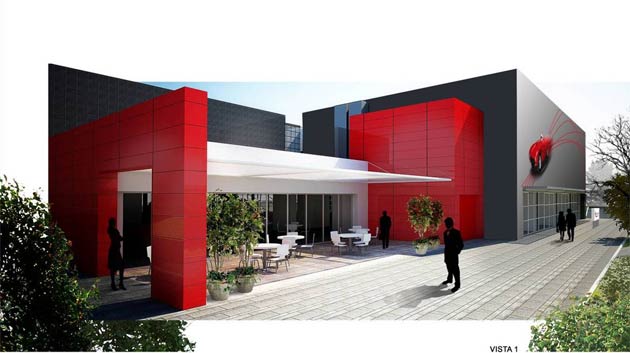 In recent weeks, the Ferrari Museum in Maranello has been welcoming record numbers of visitors, thanks to a special Sergio Pininfarina exhibition and an upgraded Formula 1 and racing section.

The influx has not only made up for the drop in numbers in the weeks directly after the Emilian earthquake but also matched the record set last year.

Work has also begun on a new 1,000 square metre extension to the Museum just behind the existing main building. Construction does not impinge on normal opening hours for visitors but will increase the Museum’s exhibition space to a total of 3,500 square metres by next spring.

Aside from allowing us to extend the traditional areas devoted to Formula 1, racing, and the history and evolution of our road cars, the new building will also facilitate the hosting of special themed exhibitions, which, as the success the Great Ferraris of Sergio Pininfarina event attests, are hugely popular with the public.

The new spaces will also be used to provide more educational activities for young school children to introduce them to subjects such as aerodynamics, technological innovation, teamwork, styling and design. The Formula 1 simulator, which is already being greatly enjoyed by everyone that tries it, will be even more thrilling than ever too and is another string to the Museum’s bow. Lastly, there will also be a special area for hosting events, conferences, lunches and even private dinners during which the Museum will be open exclusively to attendees.

Officially inaugurated in 1990, the Ferrari Museum in Maranello continues to evolve with each passing year. Aside from telling the story of the company and its evolution, the Museum is also an excellent meeting place, thanks to its café, which has also been extended, and the nearby Ferrari Store. Visitors and the merely curious can also avail of a shuttle service providing guided visits to the Fiorano Circuit and the factory grounds.