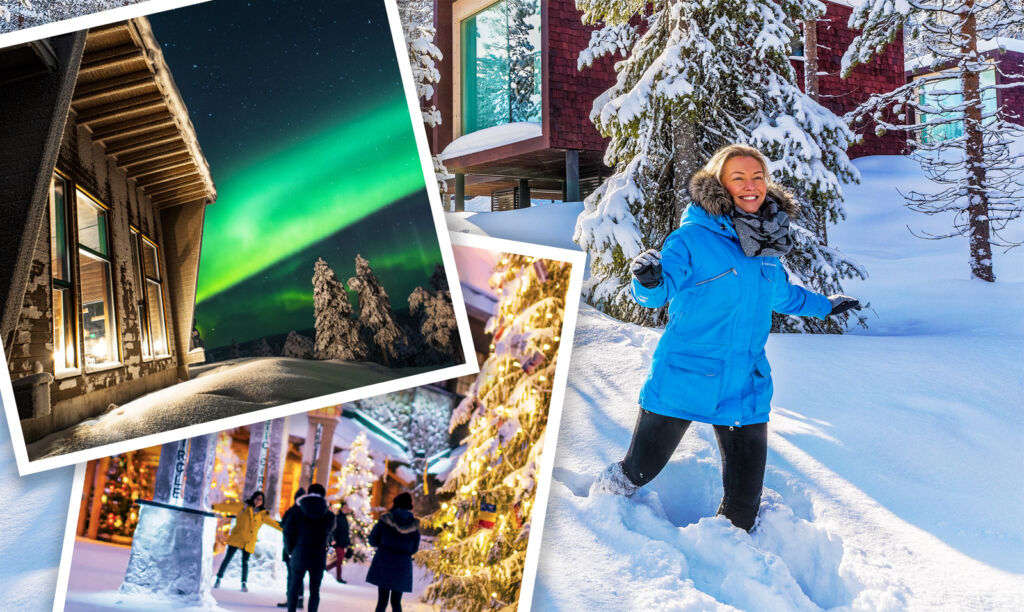 Bordered by the Russian Federation, Sweden, Norway and Estonia, Finland is literally at the crossroads of east and west. An EU member since 1995, this Northern European republic has just 5.5 million inhabitants. That’s only 18.1 inhabitants per square km. Most of whom (1.4 million) reside in the capital, Helsinki. That’s a lot of space… 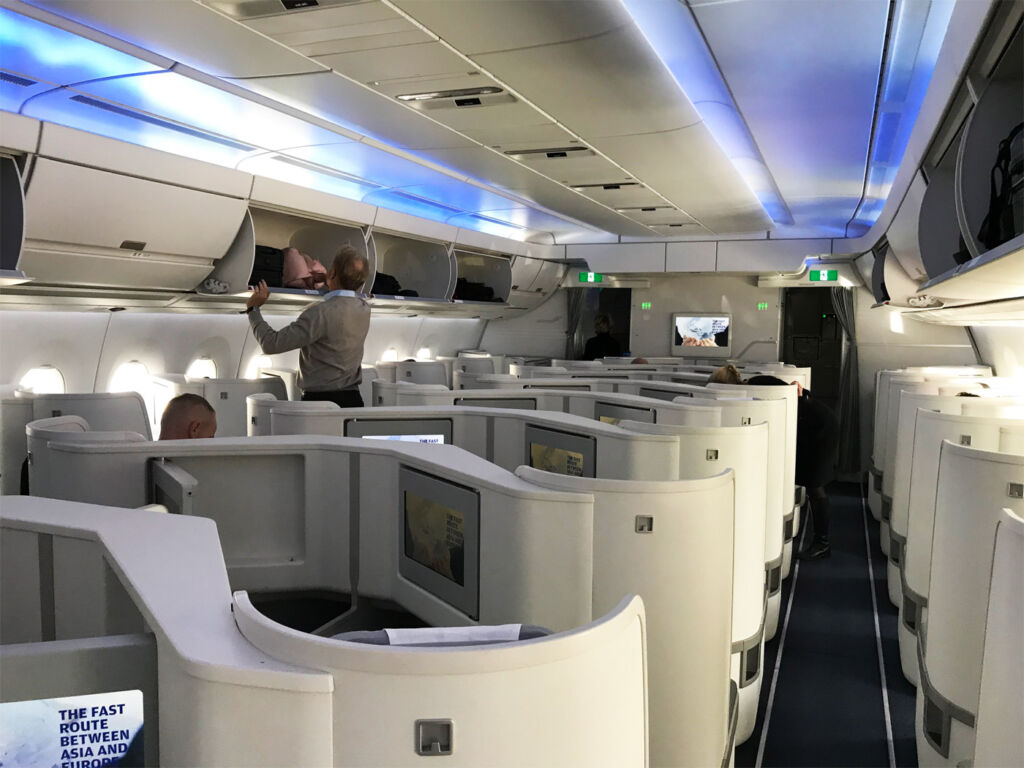 I’ve arrived in Helsinki via a superb Business Class flight with Finnair. Great to catch up on Oscar-winning movies, Joseph Perrier Champagne in hand, before a great meal and a sleep in the fully reclining flatbed. And I appreciate the attentive and professional service from the crew. 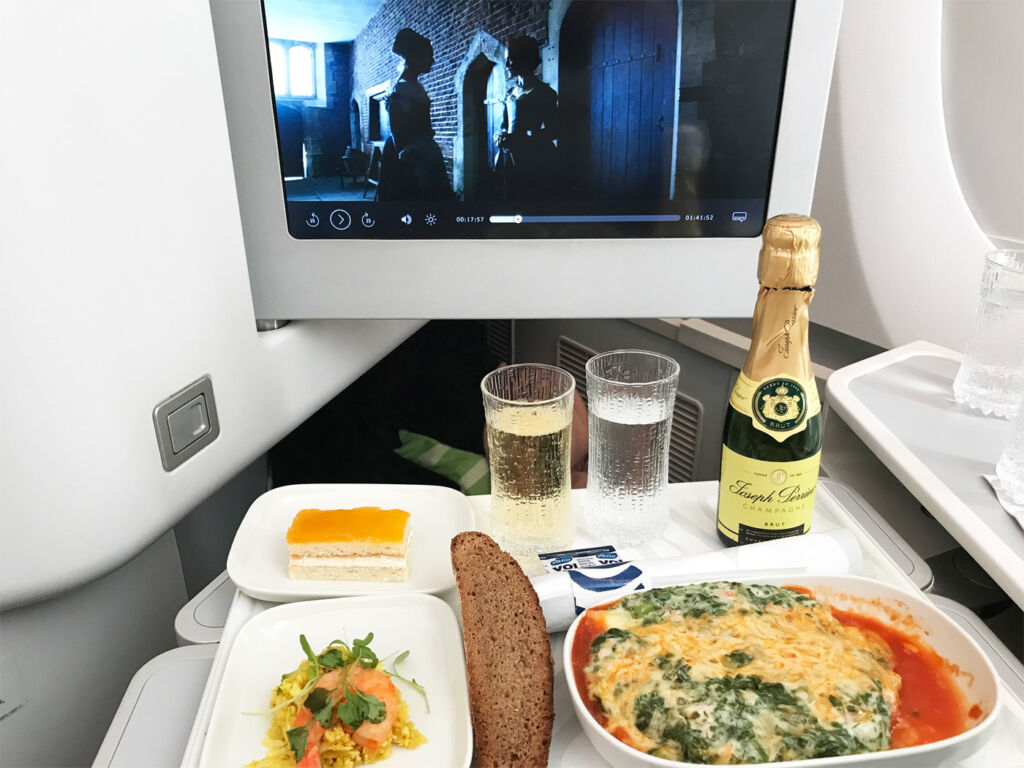 This is my first trip to Finland and I’m beyond excited. My first husky sled ride. My first reindeer ride. And, hopefully, my first sighting of the elusive Aurora Borealis. I’ve downloaded my Northern Lights Alert app in anticipation…

Helsinki, Finland’s seaside capital
Helsinki is only a three-hour flight from London and there’s a lot to see in the city. From the new Amos Rex art museum to the striking Helsinki Central Library Oodi, alongside art galleries, coffee shops, markets, trendy boutiques and lots of green space. The Finns love the outdoors and most have woodland or lakeside cabins they retreat to at weekends and holidays. And of course, Finland is home to Santa Claus who’s based at Rovaniemi, Lapland. More on the man with the white beard later… 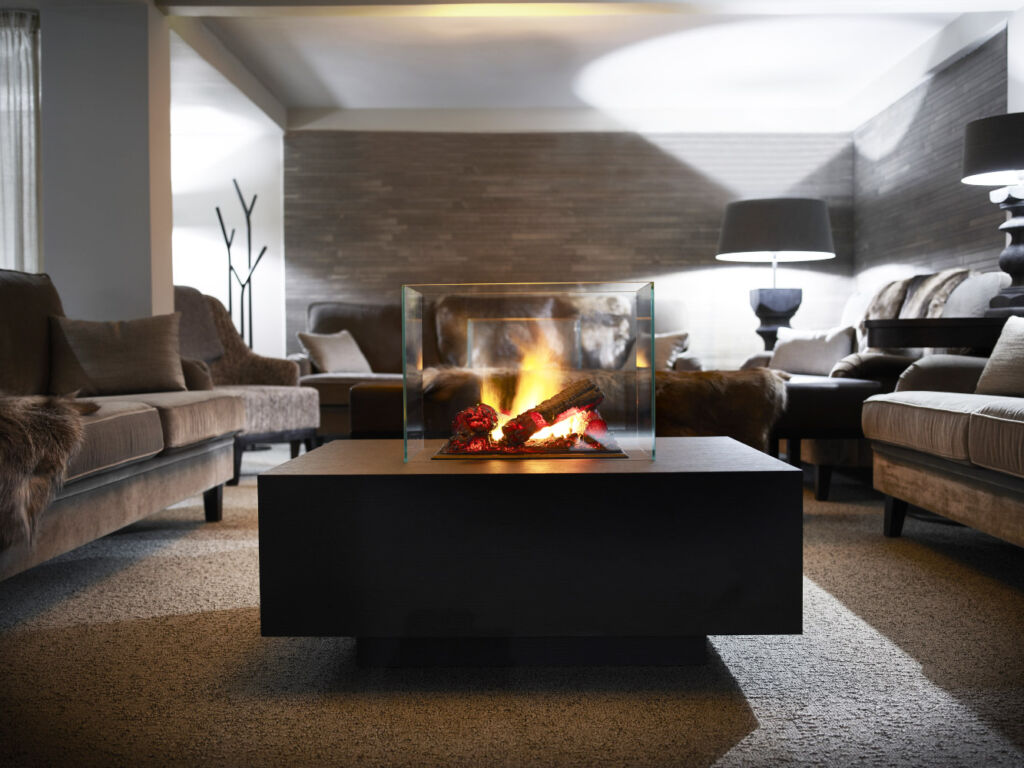 Lapland Hotels Bulevardi, Helsinki
We’re staying at the gorgeous Lapland Hotels Bulevardi – a warm and sophisticated slice of Lapland in the Finnish capital. The interiors are based on Lappish nature and mythology: Imagine reindeer antlers, tree branches, wooden flooring, exquisite lighting, high-quality linens, tableware by Pentik and super comfy memory foam mattresses. Bringing nature inside with its rich earthy colours and woollen throws, the vibe is relaxing and sophisticated. And I’ve already got my eye on one of the reindeer drums hanging on the wall in reception. 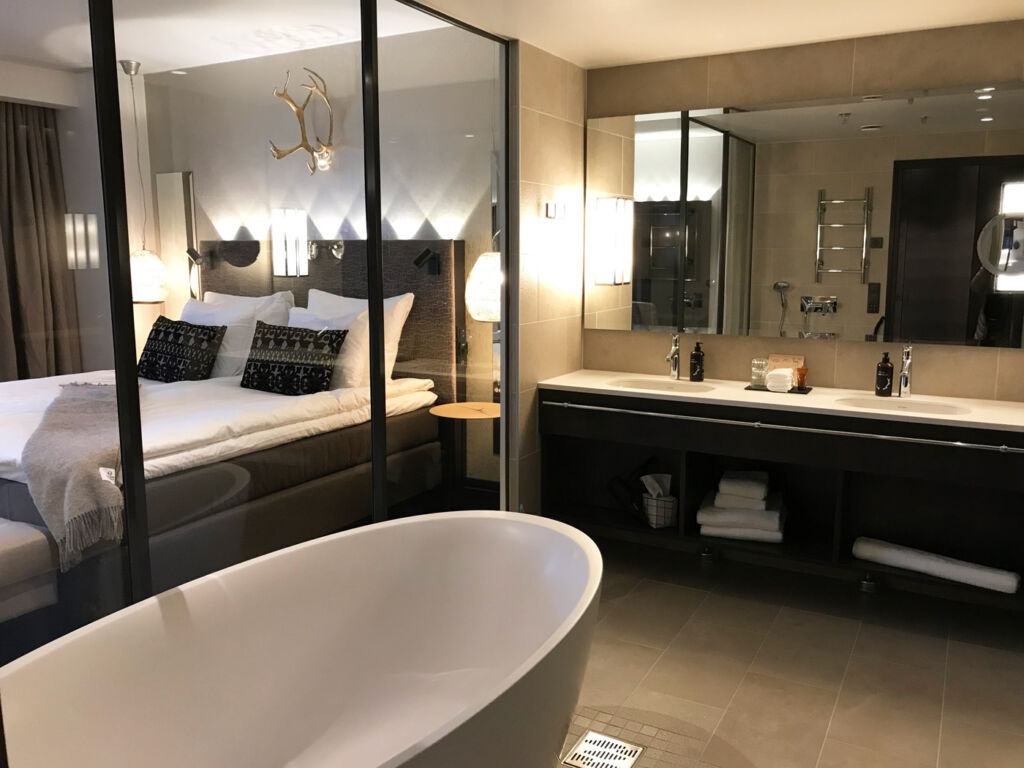 My beautifully appointed room has its own sauna and egg-shaped bath – the perfect antidote to a long day’s travelling. What better way to freshen up for an apero and dinner in the hotel restaurant. 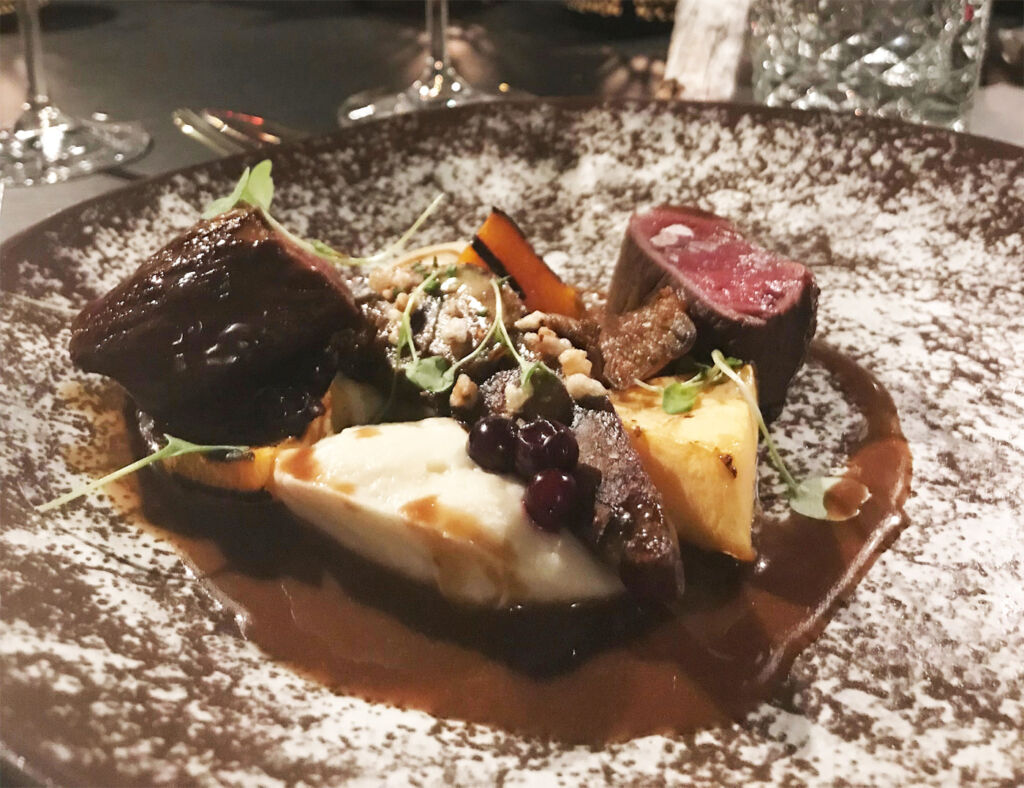 Lapland Cuisine at Kultá Kitchen & Bar, Lapland Hotels Bulevardi
We tuck into sparkling wine and Lappish finger food (salmon and reindeer) at Bar Kultá before a meal with Lapland Hotels Bulevardi Manager Leena Turunen. She tells us that the traditional Finnish concept of ‘Everyman’s Right’ means all Finnish citizens have the right to explore forests, pick the wild provenance (mushrooms berries and more), as long as nature and wildlife are respected.

Our starter of red king crab soup and fennel, followed by reindeer with berries is superb. The meat is more succulent and less gamey than I’d expected. I try not to visualise Rudolph and friends. For dessert: spruce sprouts, white chocolate and browned butter. We drink a fine Migan red from Spain. And the finale, a very fine Valokki cloudberry dessert wine from Ainoa wines.

Later that evening, gazing down at the snow-strewn streets from my bedroom, I imagine the Northern Lights appearing before dawn…

Lapland adventure in Ylläs
… But not even a sliver of the Aurora Borealis do I see before our very early flight north to Lapland. De-icers clear the wings and soon we’re airborne. After 90 minutes (thanks Finnair) we land at snow-covered Kittilä airport, nestled among a pristine white wilderness dotted with dark green taiga trees. It’s otherworldly. Breathtaking. And minus 10.

We’re heading to Ylläs: almost 1000km north of Helsinki and 175km above the Arctic Circle. This year-round destination is surrounded by seven fells and is Finland’s largest ski resort with 63 pistes. A mecca for cross country skiers (330km of trails) as well as snowmobile and winter fat biking action, Ylläs is the gateway to Pallas-Yllästunturi National Park which boasts the cleanest air in the world, according to the World Health Organisation.