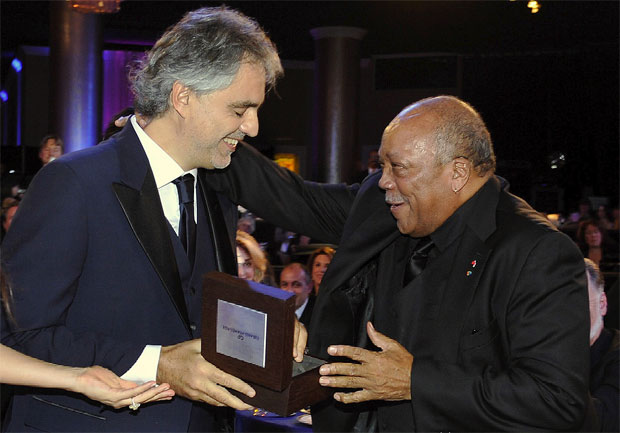 Girard-Perregaux was proud to partner up with the Andrea Bocelli, the world’s highest selling solo artist in the history of classical music, in the launch of his new foundation, the Andrea Bocelli Foundation, with a 2011 Benefit Gala on December 9th. 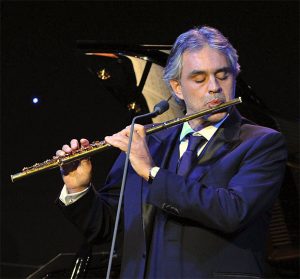 The Andrea Bocelli Foundation was launched at a fundraising event produced by Studiomusica and Jo Champa presented by the Grammy Museum Foundation and held at the Beverly Hilton Hotel in Los Angeles seeking to raise funds and awareness for its efforts to fight poverty around the world and to help people overcome barriers caused by illness, discomfort or disability.

“We are very proud and excited to join forces with Andrea Bocelli in the launch of his new foundation”, says CEO of Sowind (Girard-Perregaux and JeanRichard) Michele Sofisti. “His accomplishments as an artist and philanthropist are an inspiration to all of us and we are happy to support him in this new pursuit”.

“I feel very strongly about helping people make the most of the world that we live in”, says Andrea Bocelli. “I was born with poor eyesight and became completely blind at the age of twelve. Overcoming blindness and dealing with its consequences has taught me about the nature of externally imposed limits, and has encouraged me to think about how to help and support others facing barriers in their lives. Every human being has the right to be happy, fulfilled and to live a flourishing and meaningful life. I want to help those who face barriers in achieving their life’s potential”.

About the Andrea Bocelli Foundation

The Andrea Bocelli Foundation will be a grant making body, aimed at supporting those living in poverty or overcoming barriers caused by illness and disability in order to deliver tangible real life results. Two types of programs will be supported- those that alleviate poverty and those that help people overcome physical limitations caused by illness.

The Andrea Bocelli Foundation will actively seek to identify innovative and original projects to support.