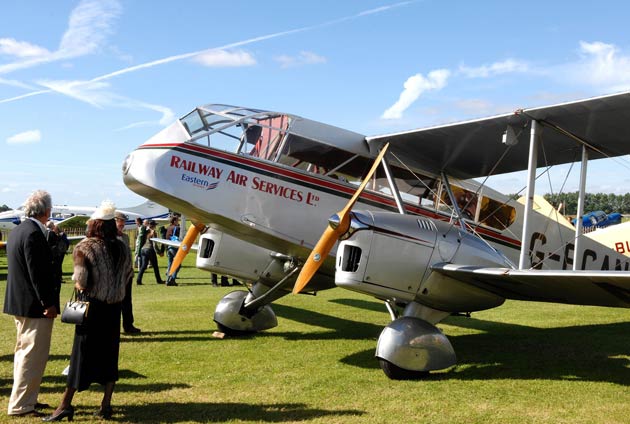 With just two weeks to go until the 2012 Goodwood Revival (14-16 September) gets underway, the nostalgic appeal of the world’s most authentic historic motor race meeting is set to continue with a huge variety of rare aircraft to complement the motor racing on terra firma. 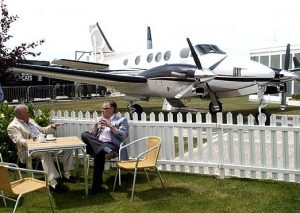 The origins of the Goodwood Motor Circuit are based around the perimeter road of former RAF Westhampnett, a key Battle of Britain airfield and the location of Sir Douglas Bader’s final sortie.

Throughout the Revival weekend a series of legendary aircraft – long associated with Goodwood – will be flying over the famous motor circuit.  In addition to air displays featuring Spitfire, Mustang, Hurricanes and Thunderbolt, the Battle of Britain Memorial Flight will also perform a special display.

Mike Davis, the head of new Freddie March Spirit of Aviation sponsor Midair, will be displaying his Canberra, recently fully restored and the only remaining airworthy example in the world.

Down on the ground, the prestigious Midair ‘Freddie March Spirit of Aviation’ – an aeronautical ‘concours d’elegance’ that recalls the style and excitement of flying as it used to be – will mark its fifth anniversary with some exceptional, rarely-seen aircraft making their Goodwood debut.  These are set to include a Catalina, Supermarine Seafire, Yak II, a Douglas Skyraider, a BE2 (of Biggles fame) and a Beech Staggerwing, piloted by Bill Chamey who is flying this machine around the globe!

Freddie March, the present Earl of March’s grandfather, was a keen aviation engineer, as well as an accomplished racing driver and vehicle coachwork designer.  This attraction for historic aircraft built up to 1966 – the same cut-off year as all motor vehicles permitted on site during the Revival meeting – is in memory of the great man who had such an influence on Goodwood.

In addition to exciting aircraft, the Revival will recall the halcyon days of motor racing as it used to be in Goodwood’s heyday up to 1966, with all of the accompanying spectacle and glamour of the era, with competitors and spectators alike dressed in period fashions.  The event promises an exceptional selection of the best machinery on the planet with a spectacular array of cars and motorcycles, plus fabulous star drivers and riders to thrill the crowds on all three days of motor racing. 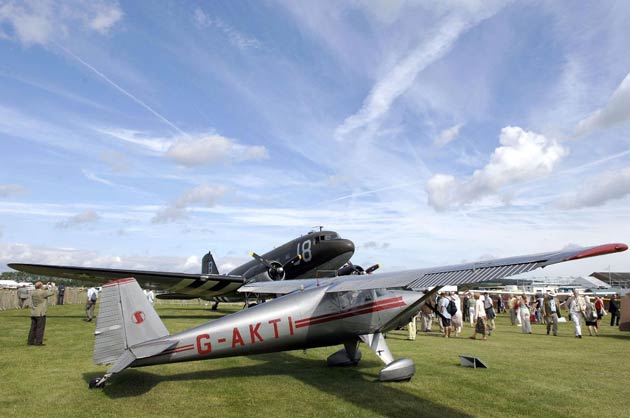 As in previous years, admission to the Goodwood Revival is strictly by advance ticket only, with all Saturday tickets now sold out.