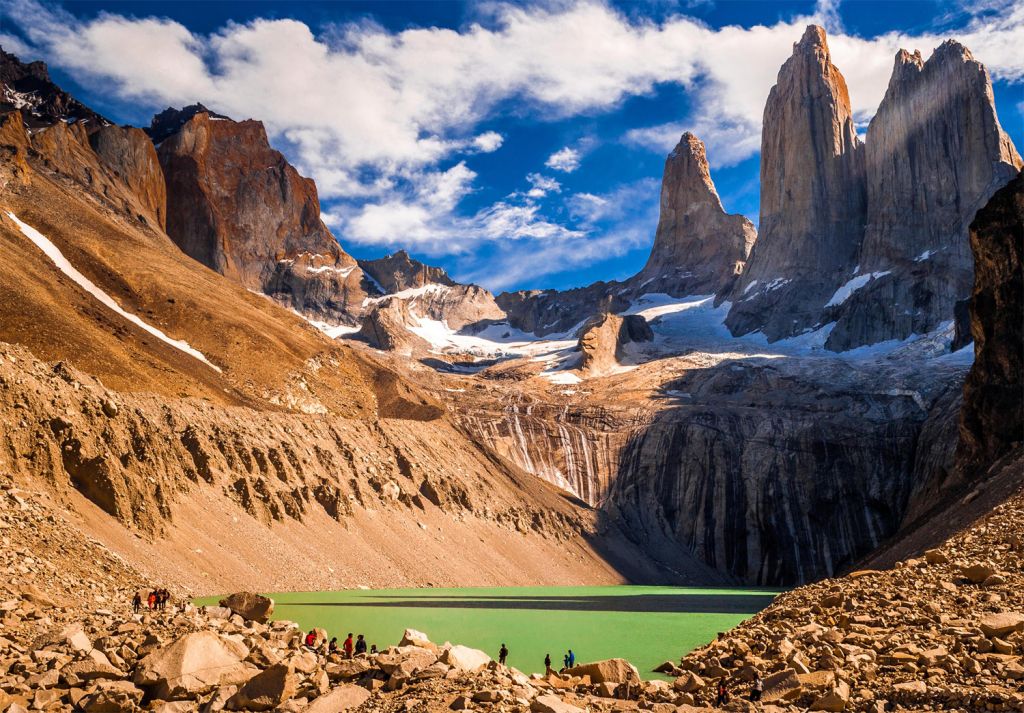 With astonishing biodiversity, ranging from the world’s driest deserts to the frozen South of Patagonia, Chile is home to a spectacular range of wildlife. In this guide, we list the best places and ways for you to see and experience it.

Chile is an extraordinarily beautiful country, but with this beauty comes extreme climates leaving it particularly vulnerable to changes in the weather and human interaction. Sadly, this means that many of the country’s 33,000 native species of flora and fauna have become endangered. 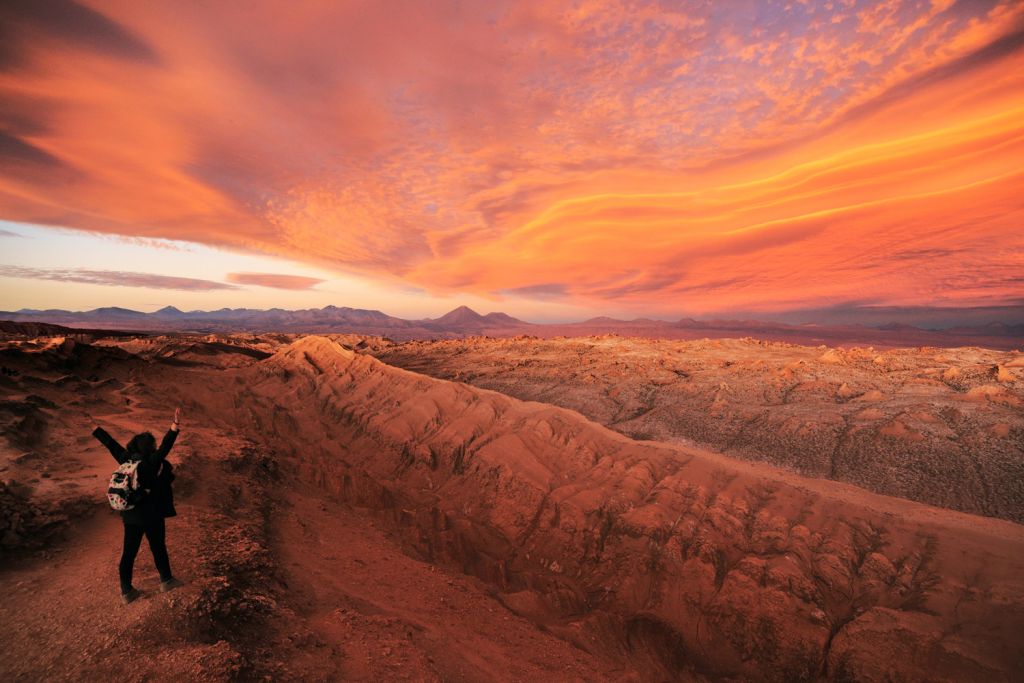 In line with this years’ World Wildlife Day theme to ‘sustain all life’, Chile continues to make outstanding efforts to protect the wildlife inhabiting its National Parks, Marine Parks and Reserves. For example, the ground-breaking creation of the ‘Route of Parks’ – a new route stretching 1,500 miles through 17 National Parks, made up of over 20 million donated acres of strictly protected federal and private land – offers a haven for Chile’s wildlife to flourish.

In its oceans, the Chilean government signed legislation in 2018 to establish one of the world’s largest marine protected areas, encompassing the Rapa Nui (Easter Island) waters.

The Rapa Nui Marine Park, roughly the size of the Chilean mainland, is home to 77% of the Pacific Ocean’s fish abundance and includes 27 species which are at risk of extinction.

Whether on land or ice, high in the clear Chilean skies or under its pristine waters – there’s a wildlife experience for everyone: 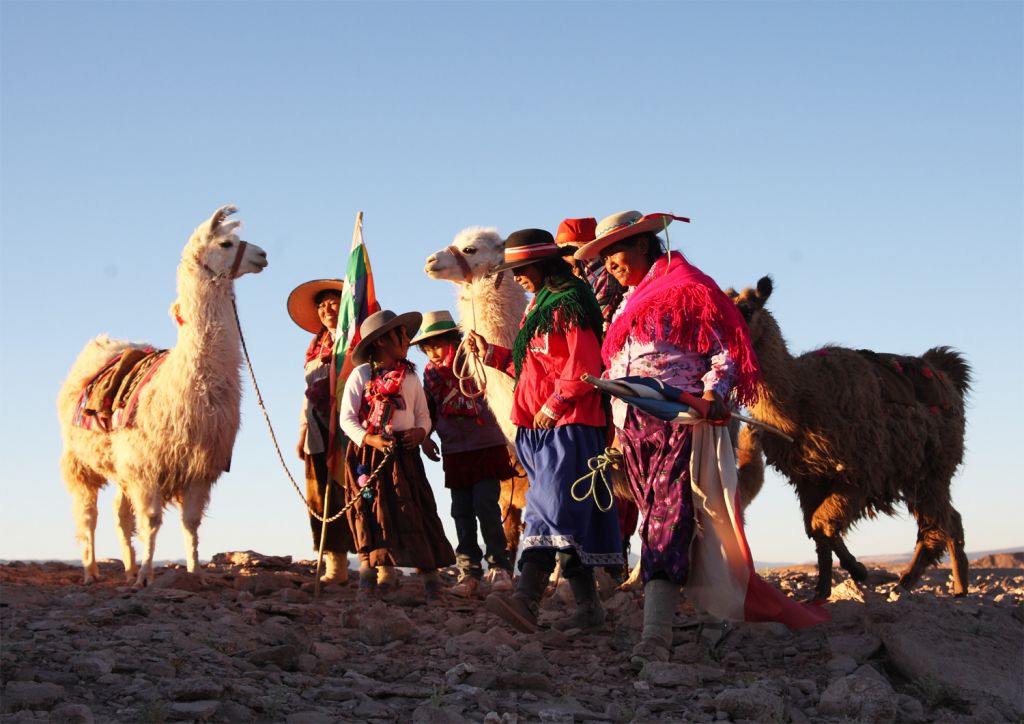 In the stunning Chilean Altiplano – at altitudes of over 3,500 metres above sea level, these iconic Camelidaes can be spotted roaming the vast planes. As well as enjoying these impressive creatures in the wild, trekking the desert with traditional Andean Llamas alongside local communities and indigenous people is a great way to learn about the integral role these creatures played in the lives of the ancestral communities. 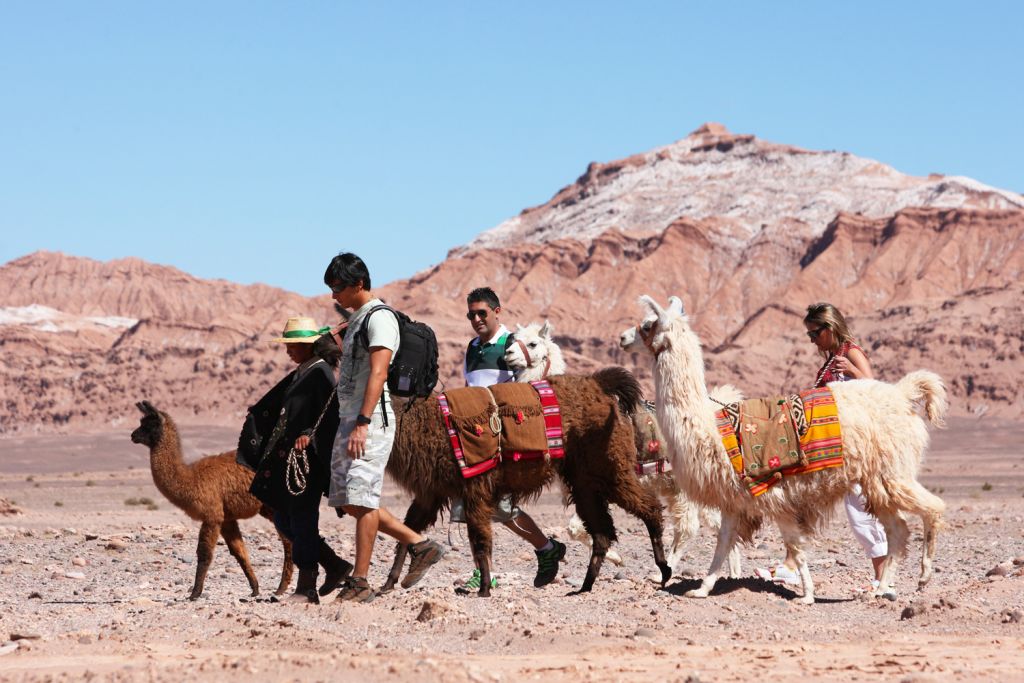 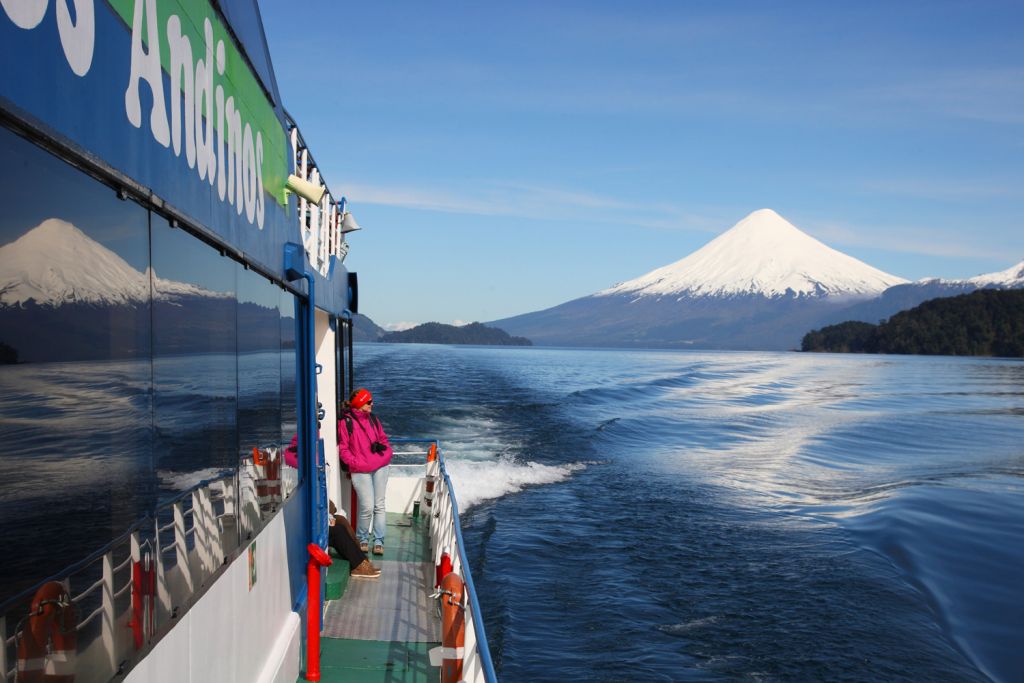 Made up of 2,194 acres across three uninhabited Islands: Chañaral, Choros and Damas, the Humboldt Penguin National Reserve is the best place to see these charming little birds.

Boat tours around the islands are numerous, with many responsible companies to choose from – navigating the pristine waters and observing the penguins in their natural habitat from a safe distance.

Chinchilla
These cute little critters are critically endangered in the wild after being historically hunted for their notoriously soft fur and can now only be found in Chile. Inhabiting the dry and rocky terrains of the Antofagasta Region, they are difficult to spot so expert guides are a must.

Quirquincho
The Andean-hairy armadillo or Quirquincho lives around Arica and the Antofagasta region and is another of Chile’s protected species. The rare creatures used to be hunted by local communities and turned into musical instruments and their body parts used in traditional medical remedies – however, the sale and capture of the Quirquincho are now strictly prohibited.

Puma
The elusive Patagonian Puma can be found in the raw wilderness of Corcovado National Park – part of the protected Patagonian Parks Network, home to 82 turquoise lagoons and surrounded by ancient forests. This agile and largely solitary feline is a protected species, with numbers which are now recovering following on from years of hunting by farmers protecting their livestock. Conservation and sustainable puma tracking excursions have helped to educate both locals and visitors and is providing an important source of income for communities who play an integral role in protecting Puma. 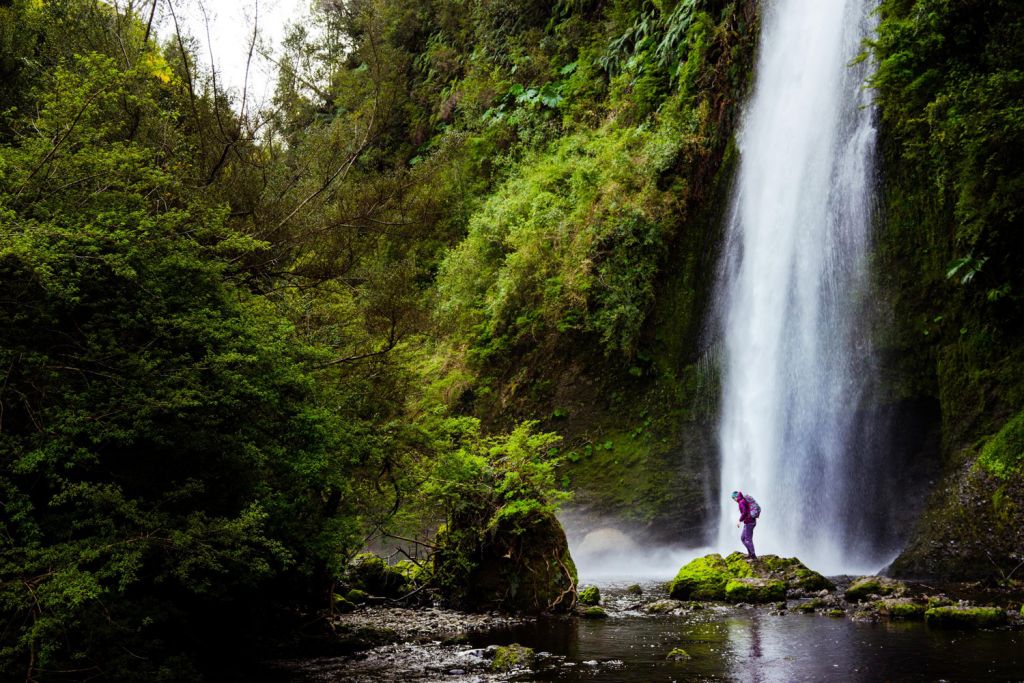 Darwin’s Frog
Darwin’s Frog is tiny; it’s only around 1 inch in size and lives in Southern Chile in the temperate forests. Its brooding habits makes it unique among amphibians with males guarding the eggs and holding them in the vocal sac until they hatch. Darwin’s Frog makes a noise similar to the song of a bird and can be found in the Huilo-Huilo Biological Reserve – famed for its lush waterfalls and tropical forests this area is best discovered on foot, with beautiful hikes and trails to be discovered.

Chilean Eagle and Condor
Whilst the Chilean Eagle can be spotted throughout the length of the country, the Andean Condor (which appears on the National Shield) – the world’s largest flying bird inhabits the heights of Arica and Tierra-Del-Fuego. Birdwatching is hugely popular in Chile, with many specialists offering unique responsible tours and experiences. Other popular species for birdwatching include the Hummingbird of Juan Fernandez, Martin Carpintero and Martin Pescador and Chuncho Owl. 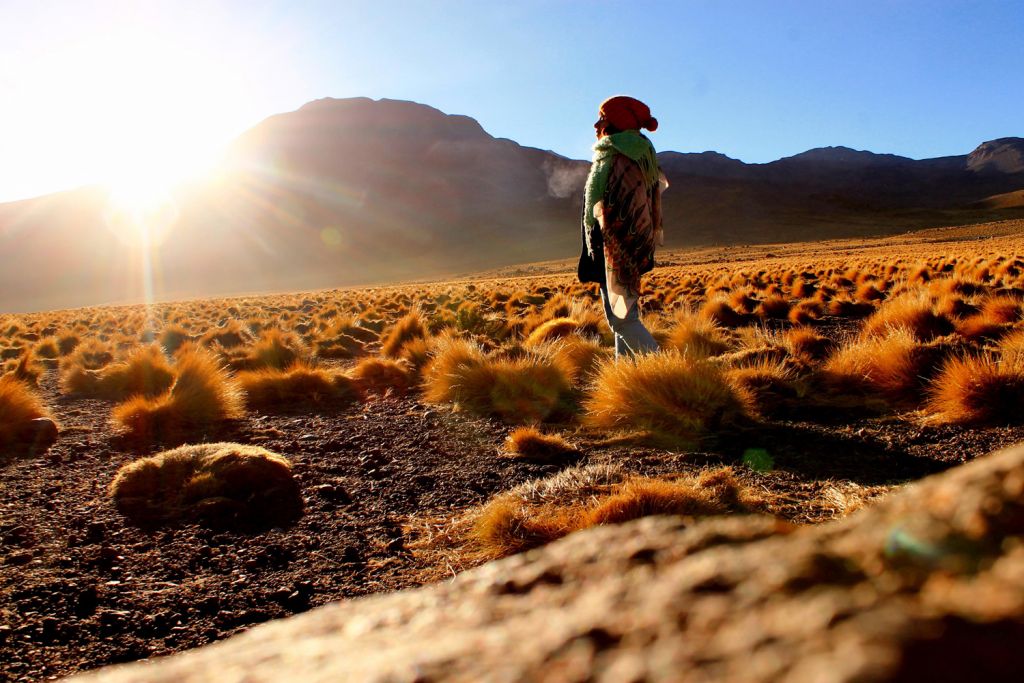 Darwin’s Fox
Also known as the Chilote Fox is the smallest and rarest type of fox in Chile and is also on the list of protected species. Inhabiting Nahuelbuta National Park (Araucanía Region), the Valdivian Coastal Range (Los Ríos Region) in mainland Chile and Chiloé Island the elusive species was studied extensively by Darwin on his travels and remains endemic to Chile.

Chilean Dolphin
The Chilean Dolphin, also known as the white-bellied dolphin, can only be found on the coast of Chile between Tierra del Fuego to Valparaiso. In the country, it is known as the Tonina. With them being only 5-6 feet in length, they are sometimes confused with porpoises due to their thick bodies. These small species are shyer shy than other dolphin species but can be located with the help of an expert guide. 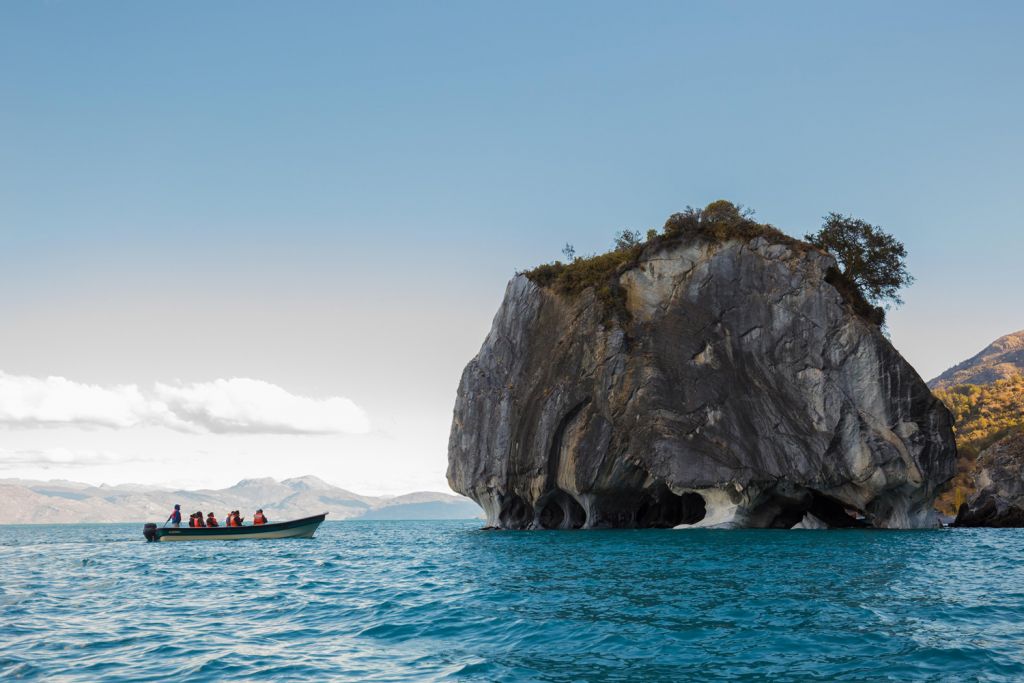 Humpback, Blue Whales and Orca
The seas bordering Chile are home to more than forty species of cetaceans. These include Humpbacks who thrive amongst the Fjords and glaciers, Blue Whales off the Island of Chiloé, and Orca amongst the archipelago of the Guaitecas in the Aysén region. With extensive conservation work taking place the length of the country, there are several ways for visitors to contribute to the ongoing research and protection of the oceans greatest inhabitants.

Juan Fernández fur seal
The inquisitive seal which inhabits Juan Fernández and neighbouring Islands was once one Chile’s most endangered species, presumed extinct. Hunted for its fur, and due to its lack of predators on land and curious nature, they were an incredibly easy catch for human hunters. The complete protection of the species by the Chilean government has led to a somewhat impressive recovery, and the charming fur seals are now a major draw for wildlife lovers.

For more information on wildlife in chile, visit www.chile.travel.

Read more travel-guides and reviews in our dedicated section here.