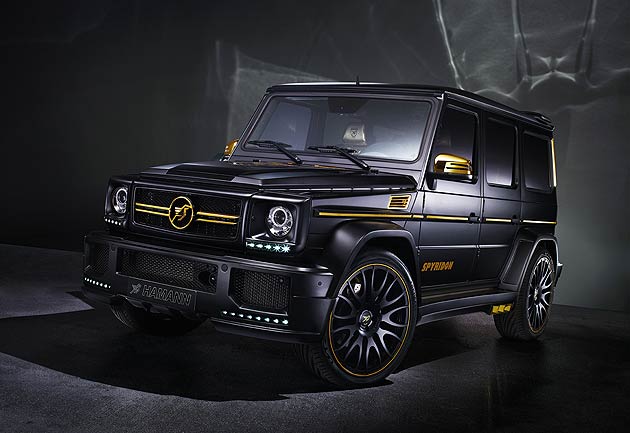 German tuner Hamann has unleashed the Spyridon based on the stylish Mercedes-Benz G 65 AMG model.

However, the AMG variant and the latest creation from Hamann differ primarily in their power output. Whilst the standard Mercedes produces a “mere” 612 hp (450 kW), due to the mapping of the 12-cylinder Hamann powerplant and a completely new exhaust system, it bursts ahead with almost 100 hp more (702 hp or 517 kW). The maximum torque has also increased from 1000 to 1110 Nm. An augmentation of the power of the G 63 AMG is also available. With this, the 5.5 Litre V8 bi turbo engine produces a remarkable 610 hp (449 kW) instead of 544 hp (400 kW) and reaches a torque of 875 Nm rather than 700 Nm.

The G-class from Laupheim is 80 mm greater in width compared to the standard version, whilst tailor-made LED fluorescent strips have been added to the front spoiler. Not only do they serve as daytime running lights, but due to their blink function, also act as turn signals. The new sporty look of the former all-terrain vehicle is based on a few features: the mirror housings – made of carbon – as well as the bonnet, which is fabricated completely of the carbon material weighs in at only 3.5 kg. The roof spoiler and the rear apron with integrated diffuser are responsible for improved dynamics. Not only do the new side skirts include LEDs that illuminate the floor, but also light up the completely redesigned triple tailpipes of the sports exhaust system. These end pipes were milled from a solid block of aluminium and have been anodised in a golden colour. 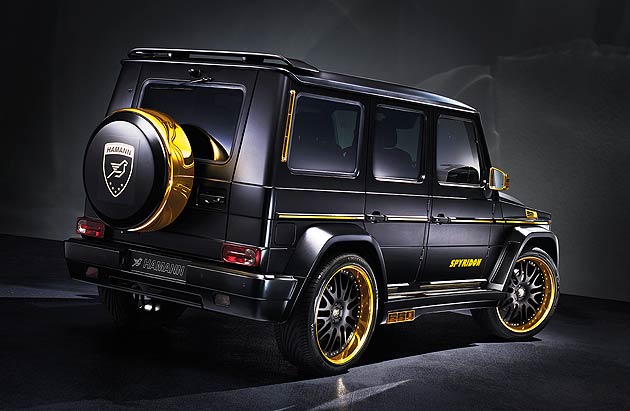 The 24-inch light-alloy wheels, Race or Unique Forged, were also shaped from solid aluminium. During the forging process, the material is compressed to a point where all of the air is forced out of the metal. This produces extremely light-weight wheels with a high degree of load capacity, and these have been fitted with Vredestein Ultrac SUV Sessanta (305/35/24) tyres.

The interior has equally been morphed into something new. The perfect decorative stitching on the instrument panel and the seats is the work of a master craftsman; it provides a visual focus and completes an outstanding overall impression of the leather interior. Gold-coloured leather door panels and 24 carbon trims spread around the passenger compartment accentuate the cabin even further. The sports pedals are manufactured of aluminium, whilst the door sill trims are made of brushed stainless steel and display the white illuminated Hamann logo. The silver embroidery of the logo can also be found on the exclusive floor-mat set made with threaded and black pearl velours. 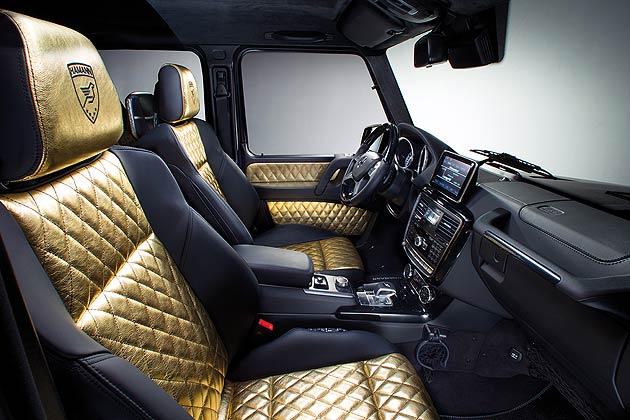 Furthermore, the heraldic animal, the Hamann Pegasus, can be illuminated at the touch of a button. The winged horse has been painted in several layers on the bonnet and in the rear on the spare wheel cover, using a completely new developed illuminating paint. When applying a small voltage to this, it glows. Thus, even in the dark, the Hamann Spyridon distinctively separates itself from the production series.