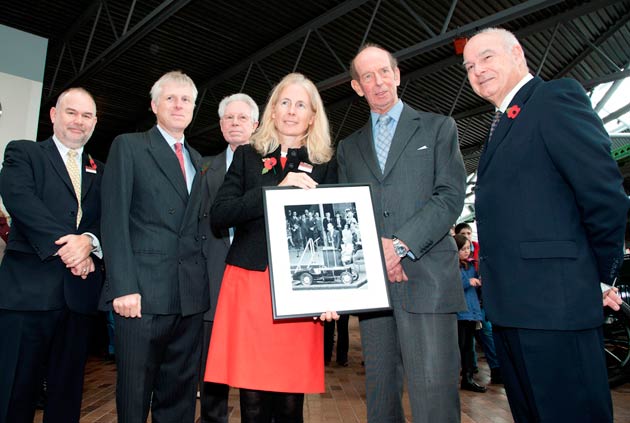 HRH The Duke of Kent paid an official visit to the National Motor Museum, Beaulieu, exactly forty years after his original visit.

He was welcomed by two of Lord Montagu’s children, the Hon Ralph Montagu and the Hon Mrs Mary Montagu Scott. 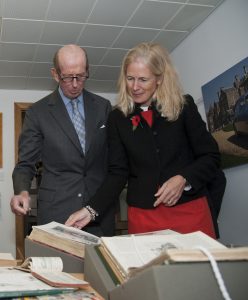 On the 4th July, 1972, The Duke of Kent opened the new National Motor Museum building, which is this year celebrating its 40th anniversary.  On that occasion, he was presented with a miniature car for his children.  Based on a 1924 Sunbeam Cub, which is a permanent exhibit in the museum, the miniature version is equipped with a small petrol engine and is operated by two pedals, an accelerator and brake – but no reverse.

Used by his three children it has, since they have grown up, spent most of its time in a garage at Kensington Palace.  Earlier this year the Duke asked Beaulieu’s workshop team if they could restore it so that he could pass it on to his grandchildren. The team was on hand to re-present it to him during his visit – in perfect working order again.

A framed photograph taken at the official opening in 1972 was presented to The Duke and he was introduced to Mr Ken Robinson, Beaulieu’s former Managing Director and Mr Michael Ware, former Curator and Director of the National Motor Museum, both of whom were at the original opening in 1972.

The Duke was taken on a short tour of the museum, including its latest exhibition, BOND IN MOTION, which has drawn a whole new sector of visitors to the museum since its opening in January, giving them an opportunity that they might not otherwise have taken, to be introduced to and take an interest in historic vehicles.

The Duke was also given a tour ‘behind the scenes’ in the Collections’ Centre to view the work of the staff and volunteers of the National Motor Museum Trust in preserving its extensive motoring archives.