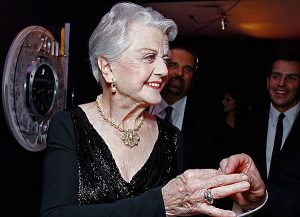 Remarked Francois-Henry Bennahmias, CEO & President of Audemars Piguet (North America) Inc: “The relationship with the Tony Awards continues to flourish and I am personally excited to see the Broadway community embrace us. I consider them a part of the Audemars Piguet family.”

Audemars Piguet is the title sponsor of the first ever eco-friendly Green Room and Gift Lounge for the awards show, through a partnership with Patagonia Sur. Together, the two companies are offsetting the carbon footprint for this innovative “Green Room” and the carbon emissions of the airplane flights of each of the awards presenters and nominees at the Tony Awards. Patagonia Sur will offset the footprint by planting trees within its 400-acre native-species Reforestation & Biodiversity Project. These new plantings will add one-half acre to the existing 14-acre Audemars Piguet Forest in the Patagonia region of Chile.

Adding another level of excitement to the evening was a giveaway of Audemars Piguet timepieces. Award show presenters, performers and nominees were given a key and the chance to unlock a case with the watches inside. The two lucky winners were Hugh Jackman (men’s rose gold Jules Audemars Chronograph) and Christie Brinkley (rose gold Ladies Royal Oak). 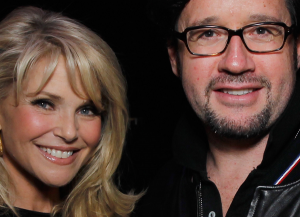 Audemars Piguet has teamed up with Broadway Cares/Equity Fights AIDS to create a unique auction off Audemars Piguet wall clocks. The seven one-of-a-kind aluminum wall clocks were displayed along the red carpet and were decorated by the nominees for Best Musical and Best Musical Revival (Catch Me If You Can, Sister Act, How to Succeed in Business Without Really Trying, Anything Goes, The Book of Mormon, and The Scottsboro Boys), to represent each one of this season’s musicals. A seventh clock was signed by nominated actors attending last month’s Meet the Nominees reception. The clocks are now on display in the windows of the Audemars Piguet flagship boutique at 40 East 57th Street in Manhattan.