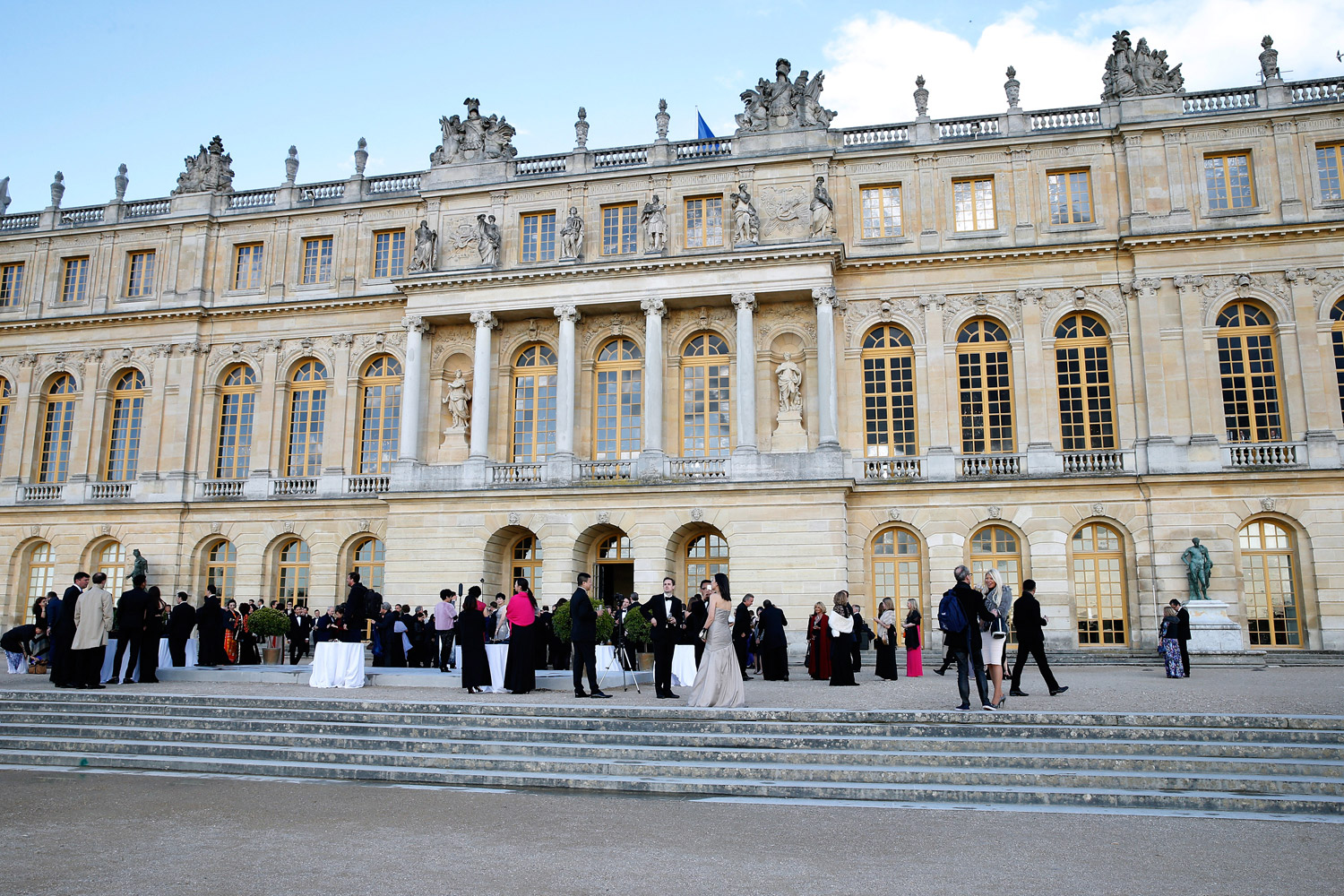 Martell, the oldest of the great cognac Houses, founded in 1715 by Jean Martell from Jersey, commemorated its 300th anniversary at a very grand celebration which took place at the Palace of Versailles, outside Paris, France. The Palace, once home to Marie Antoinette, was only 33 years old in 1715. 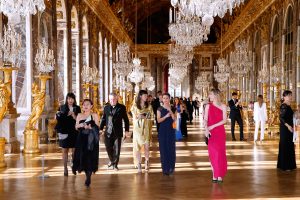 300 guests from more than 15 countries attended the spectacular evening, including Martell’s Ambassador, German actress Diane Kruger, the star of Troy and National Treasure. Other invitees included Antoine Firino Martell, a descendant of the House’s Founder, Jean Martell. We enjoyed a most impressive evening where Martell’s 300-year history was transformed into a surprising if sometimes slightly puzzling, fanfare.

Few press conferences can boast an entrance like that of the Palace of Versailles. Having left the 21st-century minibuses, we were immediately immersed in the art and splendour of the 17th century. Visitors negotiated several stone corridors and a grand staircase, before entering a room lined with impressive oil paintings where the official announcements were held.

There followed a pleasant strolling tour of the Palace, with much ‘selfieing’ in the most grandiose of surroundings, before this grand building finally disgorged its guests onto an enormous terrace for Cognac cocktails. 300 people then milled around and chatted, and there was some talk of a surprise which saw them gradually migrate towards the gardens and park. 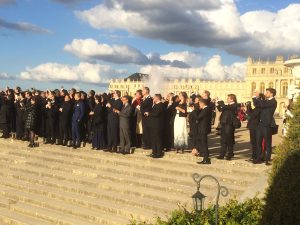 It was at this point that the mention of interview opportunities with the pilots of France’s aerobatic display team sprung to mind, and eyes turned skywards to find a speck on the horizon gradually forming into a tight formation of nine Alphajets of the Patrouille de France, one of the world’s foremost formation aerobatics teams. There followed several impressive low-level formation flypasts, which was much appreciated by the gathering.

After more milling around those in the know, we started moving towards a ramp leading to the orangerie and entered this cavernous building to attend an exclusive preview of an experiential exhibition representing each stage of Martell’s unique Cognac expertise. Those present discovered the craftsmanship of the Martell House with each aspect of the process brought to life through individual ateliers, featuring the Borderies vineyards, a unique distillation process, the ageing of eaux-de-vie and expert blending.

Guests had the opportunity to taste three champagne cocktails created especially for the House’s Tricentenaire, in collaboration with Thierry Hernandez, Head Barman at the newly refurbished Hôtel Plaza Athénée in Paris. These were titled the Adventurer, the Audacious and the Independent. This was followed by a fully immersive and delicious gastronomic experience created by the world-renowned, innovative French chef, Paul Pairet. Chef Paul runs two restaurants in Shanghai that are widely different in nature. 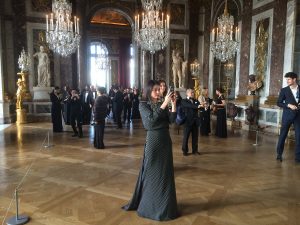 The menu was designed by Pairet around Jean Martell’s original journey to Cognac, and featured a true feast for the senses. As each course was served, vast screens surrounding the venue showed corresponding visuals. This audio-visual spectacle started with the huge room apparently sinking into the ground as diners ‘disappeared’ underground with grass and soil rising above their heads and being replaced by a slice through the earth complete with lava flows. This was suddenly and surprisingly substituted in turn by blue skies and fluffy clouds. This visual feast altered dramatically with the introduction of each course and included back-lit bottles and attractive copper stills.

The dining experience actually began with guests being seated at a large wicker picnic hamper. The more inquisitive peeped inside without becoming much wiser. Music played, and the waiters, who positioned themselves behind the diners, and in well-choreographed unison, placed their right hand on the hamper handle and, as one, removed the hamper with a dramatic flourish. They moved on to the next hamper and repeated the process until all the diners were left with a neat picnic of a ‘DIY’ Lobster Roll.

This was followed by ‘Tea-Weed’ Oyster & Scallop Melba with Lemon Sea Sorbet which was served to the sound of waves and seagulls. Some of the other seven unique courses included delicious and very unusual Truffle Burnt Soup Bread and Teriyaki Lacquered Beef with Western Congee (Google provided the answer) matched with the House’s Cognacs. Guests sampled Martell’s rare new blend Martell Premier Voyage at the end of the meal, which accompanied a lemon tart surrounded by orange fragrances. 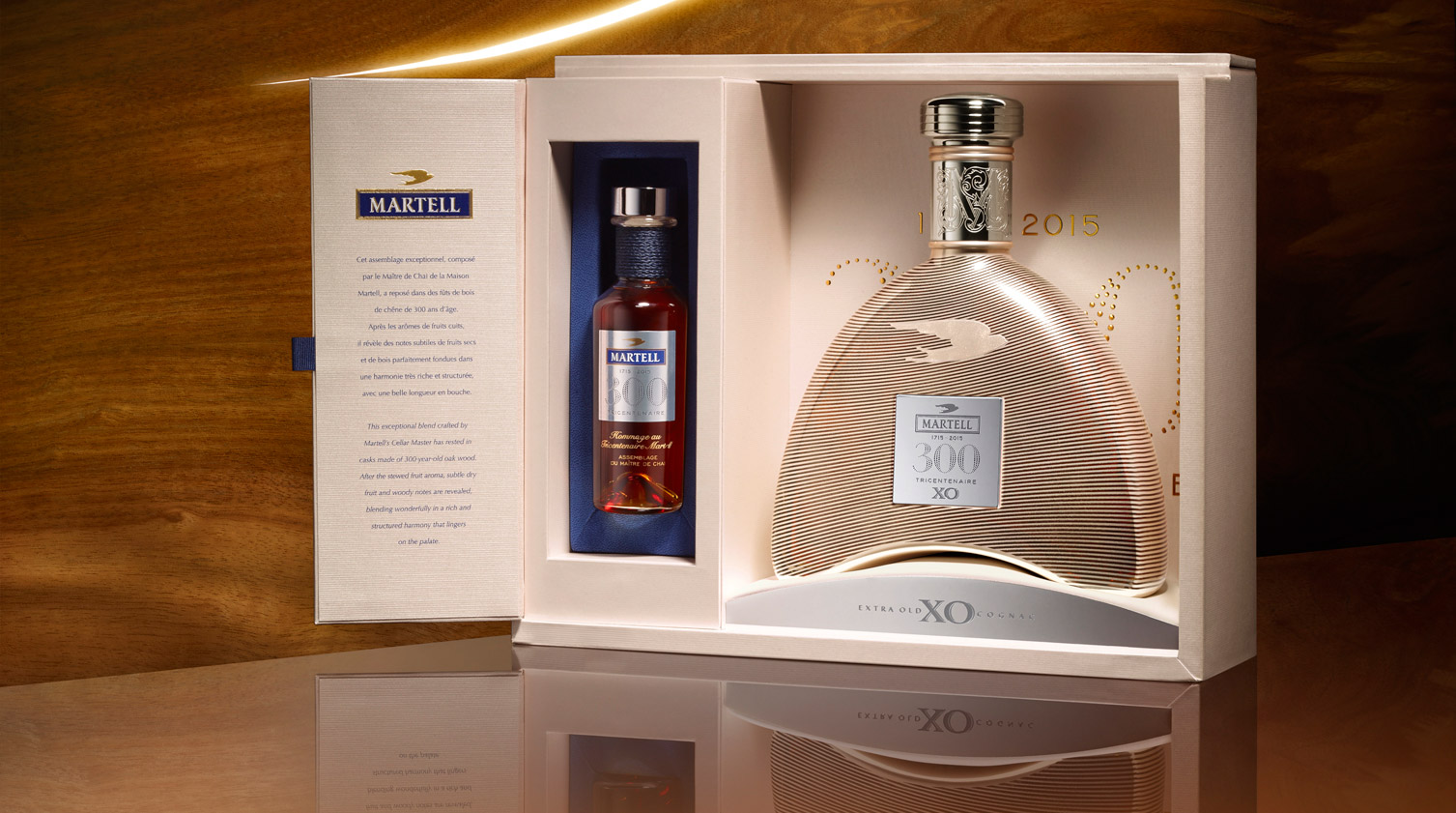 Apparently, there was live tweeting of more than 300 birthday wishes to Martell which bemused a non-Twitter-using diner. This guest declined the app that was pushing interactive content throughout the evening. Some things are better experienced the old fashioned way ! Amazing cognac with 300 years of heritage and fine French cuisine are definitely on that list! A quick exit to the gardens and a lively firework display ensued in the sky over Versailles.

It’s not often that you get to attend such a spectacular event at such an iconic location, and it was a real privilege to be a part of Martell’s anniversary on this very special evening. At least one guest left having put his name down for the 400th celebrations!