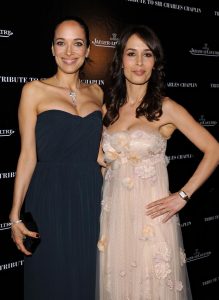 Jaeger-LeCoultre and Dolores and Carmen Chaplin paid homage to Sir Charles Chaplin and his Academy Honorary Award received “for the enduring effect he had in making motion pictures the art form of this century.”

The event, held at the Chateau Marmont, was hosted by Carmen and Dolores Chaplin, and attended by a glittering entourage of guests from the world of cinema: Jessica Chastain, Lawrence Bender, Olga Kurylenko, Danny Huston, Julie Delpy, James Cromwell, Kate Bosworth, Michael Polish, Paz Vega and others. The dinner turned out to be a fantastic celebration of Sir Charles Chaplin’s contribution to the heritage of cinema.

Jaeger-LeCoultre was proud to support the celebration of this 40th anniversary with respect and admiration for the artist Sir Charles Chaplin and his contribution to the world of cinema. 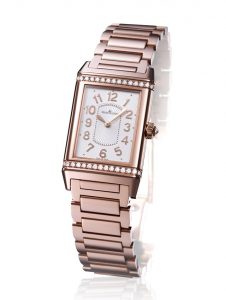 Jaeger-Le Coultre’s commitment to film is sincere, long-standing and ever increasing with their support of not only the International Venice Film Festival, but Shanghai and Abu Dhabi film festivals as well, working to help recognize both upcoming and established actors, directors and producers.

Every year Jaeger-LeCoultre is delighted to honour outstanding contributions to the world of film through projects such as its Glory ToThe Film Maker award with an engraved watch, symbolizing the time dedicated to making art.

The art of making time stand still, of sublimating the moment, of giving life to a work that is unique because it is fashioned by the human hand: the art of revealing one’s vision of time. Film-maker, watchmaker, actor, gemsetter… each artist is an artisan of emotions. By partnering in such events, Jaeger-LeCoultre pays tribute to the talent of these creators of wonderment.