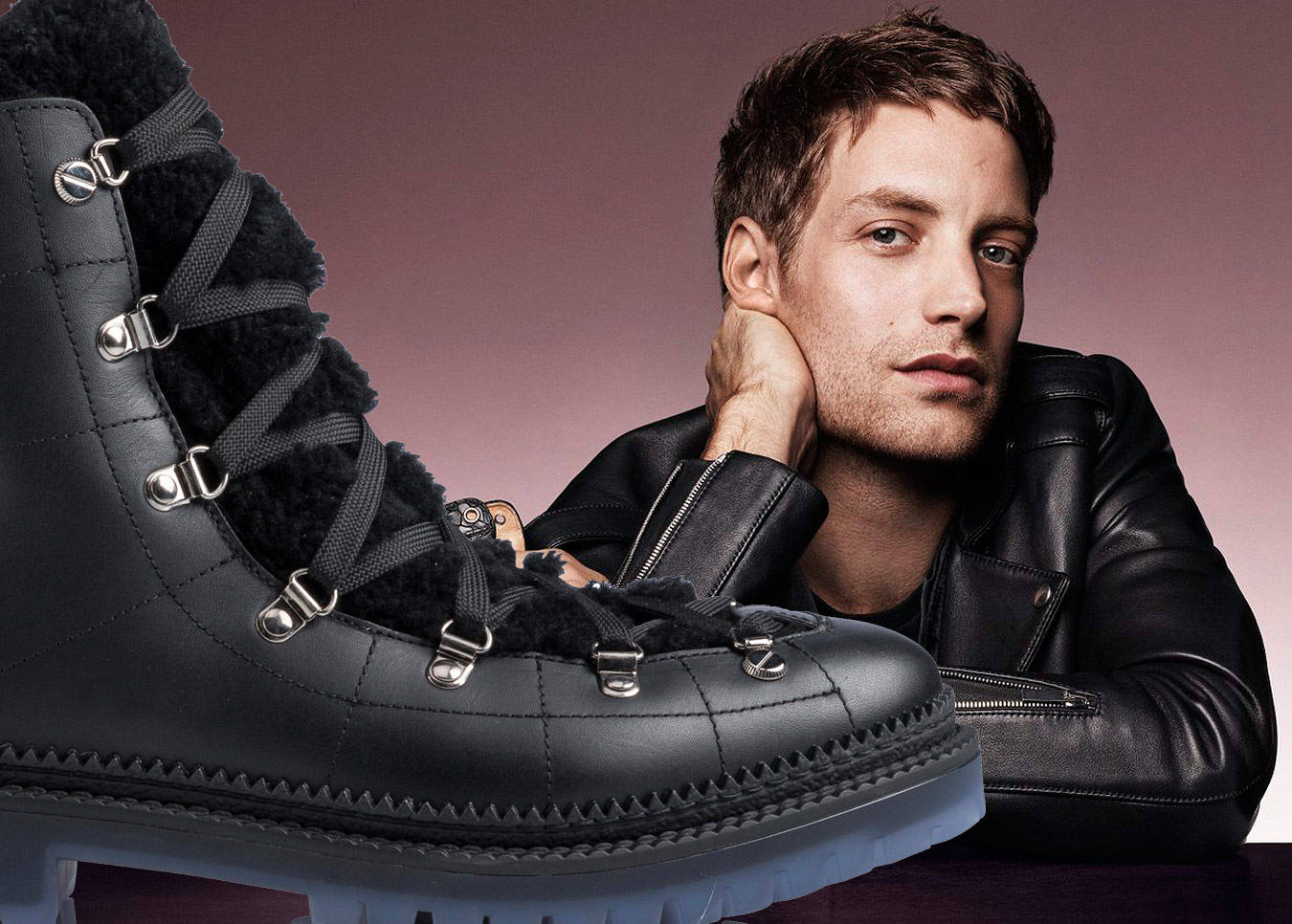 Ong Chin Huat finds out which this budding star’s favourite Jimmy Choo shoe is from the current collection and who’s shoe he would be happy to step into.

With his rock and roll pedigree, nonchalant demeanour and inherent masculinity, James Jagger is perfectly cast as the leading man in Jimmy Choo’s Autumn Winter 2016 Men’s campaign. It’s no wonder fashionistas and style seekers have been raving about Jagger and how high he rates on the style barometer. 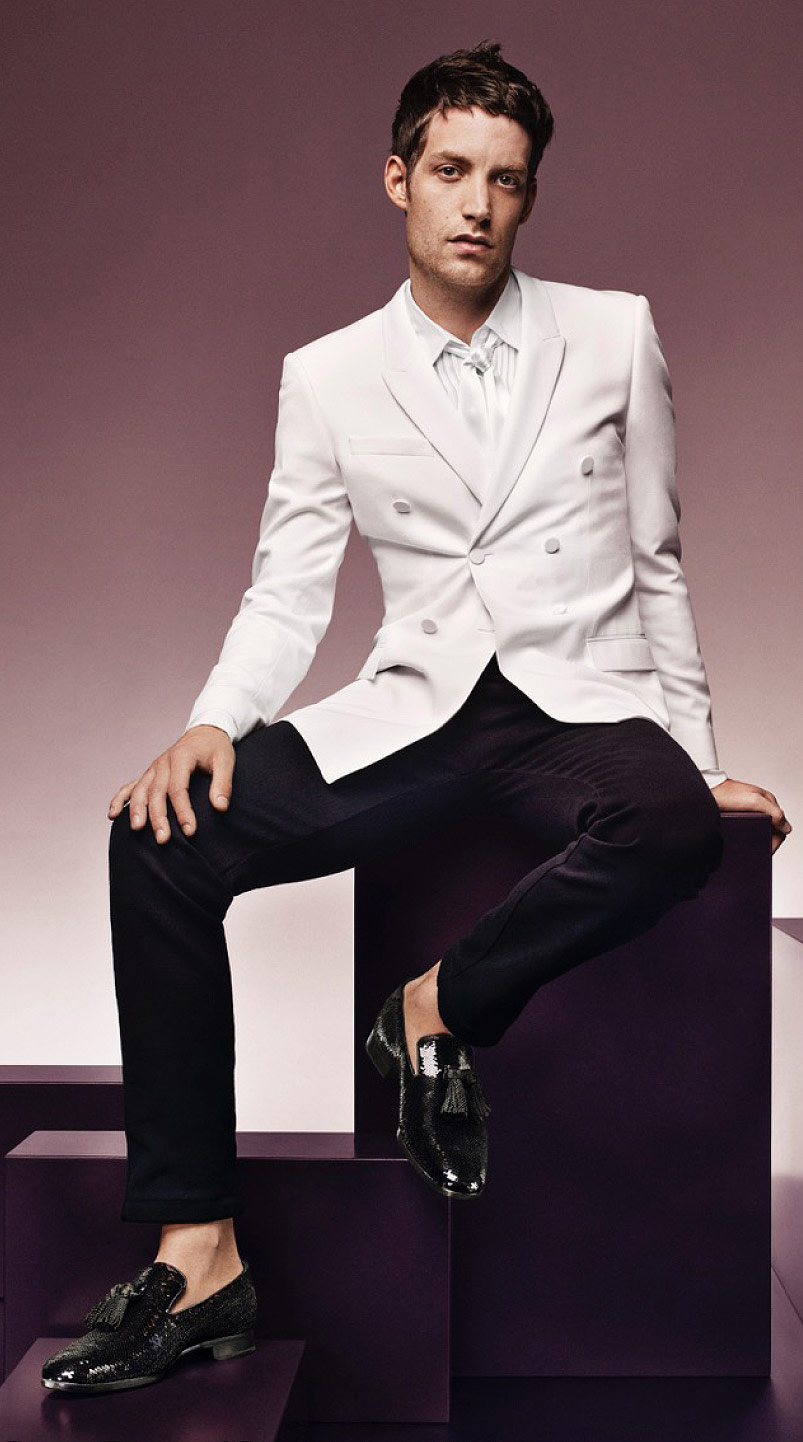 “The Autumn Winter campaign is a reflection of the character of the Jimmy Choo man for now and into the future. James Jagger embodies the rebellious gentleman spirit of the Jimmy Choo man and was the perfect choice for the campaign. He has an innate confidence and combines a clever wit with the charm of a true gentleman.” Sandra Choi, Creative Director, Jimmy Choo.

Shot by Craig McDern, the raw quality of the images were a deliberate attempt to put Jagger and the Men’s Autumn Winter collection front and centre.

“I’d like to say I try and go for an effortless style. I’m always dressing pretty dark, metropolitan, gloomy, maybe a little playful, influenced by London. Jimmy Choo really suits me and my style.” – James Jagger.

Starring in the current hit HBO series VINYL as the lead singer in a band, the casting directors of HBO couldn’t have found a more suitable actor to play the role. Jagger has also starred in Sex, Drugs and Rock ‘n Roll and Mr Nice.

Here is an interview with the up and coming actor and musician.

Q. Which men’s style do you admire?
A. Nick Cave, is always looking incredibly stylish, but, kind of like an outlaw. I’ve always admired, outlaw-ish style. Miles Kane is always really sharply-dressed. And of course the White Duke himself, Mr David Bowie; I think he was always pushing the envelope of what men could wear, never being boring but he never looked silly, he was always just spot on.

Q. What was your earliest style memory?
A. It’s quite hard to pin-point, I remember the first fashion item that I wanted which were some Reebok pumps. I was probably six years old and they had Shaquille O’Neil in the adverts and were called ‘Black Tops’ – I just coveted them so badly but I was six, I had no way to get them. My mum was still dressing me in sailor suits but I wanted Reebok pumps.

Q. Were there any looks that really made an impression on you as you were growing up?
A. I definitely had a look that I regretted once when I was eight and I went to a Little Mermaid Party. Our housekeeper had spent three weeks diligently sewing me a Flounder outfit, the guppy fish. And I walk into the party and every other eight-year-old boy is wearing a silk shirt, black pants, and has a sword, they all went as the prince and I was in this giant foam guppy outfit! So, that was my first time where I realised that was not the right look for the occasion.

Q. How would you describe your personal style? Do you have a typical uniform?
A. I wouldn’t say I’ve got a typical uniform, I kind of change it up a little bit. I’d like to say I try and go for an effortless style, without actually spending two hours in front of the mirror. I’m always dressing pretty dark and metropolitan influenced by London where I live.

Q. Where are the best places to hear live music in London?
A. It’s a tough one but I would say you can’t beat a packed out Brixton Academy, it’s always got a really good atmosphere and a really nice stage. I like the old theatres as well like Koco in Camden.

Q. What’s your favourite Jimmy Choo men’s shoe from the collection, and where would you wear it?
A. My favourite shoe from this collection – I have to say are these boots, the KURT, that I’m wearing right now. I’d wear them all the time. I honestly think they look really good with jeans but you could wear them with something smarter.

Q. If you could step into someone else’s shoes for one day, who would it be, and why?
A. If it’s just stepping into shoes, I’d like to wear some of Prince’s platform purple sequin numbers, you know, I think that they would definitely turn heads and sadly he’s not going to be wearing them anymore, so someone’s got to do it.

Q. What kind of music are you listening to right now?
A. I listen to a bunch of different stuff, I guess it depends on the mood. But, a couple of bands that I really like at the moment are a band from London called, Skinny Girl Diet, that are really great. And a band from Australia called Total Control, I really like what they’re doing. But I’m always listening to old disco, I just can’t stop listening to ‘80s disco.

Q. And, what’s the most outrageous thing you’ve ever worn?
A. I guess it depends on what you think is outrageous or not, I wore a really, really fetching little black dress on my stag do! I used to wear what I thought were hardcore Punk outfits when I was younger; sprayed on jeans, brothel creepers in green patent leather and I had purple leopard print hair. This phase lasted for about six months and that was pretty outrageous.

When I see photos of it now I slide them under the bed and it’s like, that’s a slightly embarrassing sort of time. But, you know, it was me …

Q. Why do you think musicians have so much influence on men’s style?
A. Well, I feel like it’s one of the few vocations that gets people really seen. But more than that I think music is iconic, well, can be iconic. And musicians can become icons. So, actors are slightly different because they’re always portraying someone different, whereas, a musician is their own archetype and they’ll always be able to carry off a stronger look than someone else and I think that like anything in entertainment it’s a lot about fantasy and being able to think about yourself in someone else’s shoes and I think for most people when they go to a concert, or watch a video they’d like to be that person or emulate their style and attitude.

I certainly think ‘Damn, I wish I was that slick looking, skinny as a rake, kind of, amazing guy’ when I see Nick Cave perform.