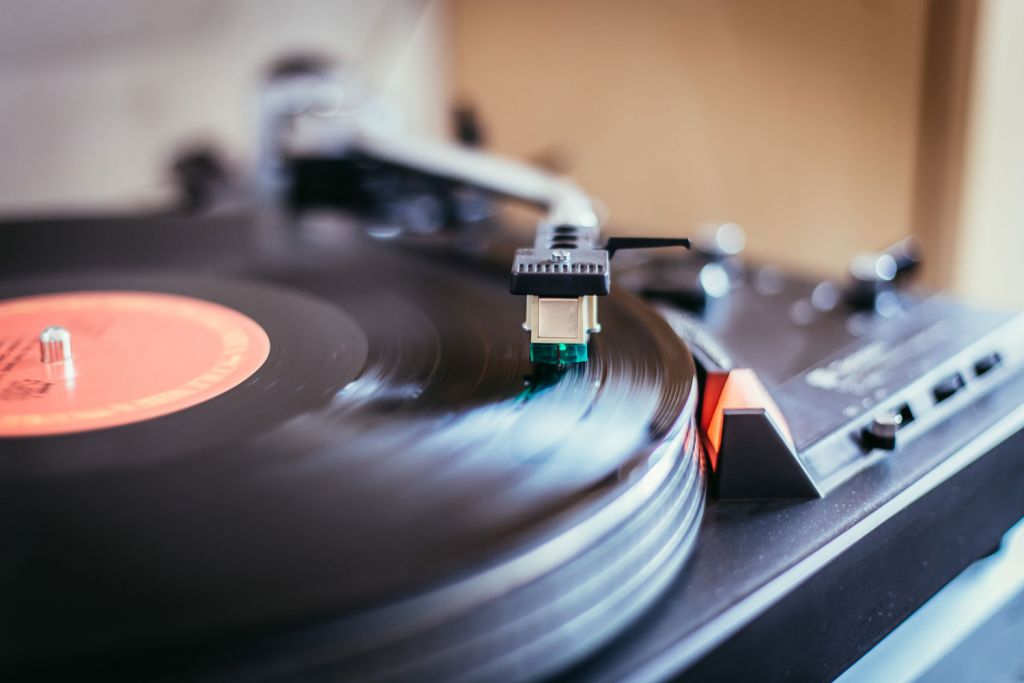 This will be music to many of our readers’ ears. The Key Production Group is on a mission to show how physical music, such as cassettes and CDs, can be the greener choice for consumers.

There’s no doubt, the evolution of downloadable music has made things a lot easier for people. But, for many, it’s a bit too simple and clinical, the fun and nuances associated with physical music have gone. Millions today, are still captivated by the unique sounds produced by a vinyl record or cassette, swearing that it is impossible to replicate. Also, the motions involved with handling actual products remind people of good times, and for many, this outweighs the convenience factor.

In addition to the special music quality it produces, wouldn’t it be great to buy products with a clear conscience in the knowledge, it is green and sustainable?

Key Production Group has more than thirty years of experience when it comes to ‘Greening’ music. We look at their recent study, the benefits of physical products and the ways the company is making this type of music greener:

The use of plastic in physical music formats
The good news for anyone appalled by the plastic soup and landfill horrors the planet faces, there is hope. From 2000-2016, the amount of plastic used to produce physical music plummeted by around 53,000 tonnes thanks to the rise of streaming.

However, this technological leap meant emission of greenhouse gasses (GHGs) caused by downloading and streaming music mushroomed from 157,000 to over 193,000 tonnes. (To put this in perspective, each year, the UK music industry is responsible for generating around 540,000 tonnes of GHGs, which is partly why bands such as Coldplay have stopped touring, for now.)

Music to last a lifetime
An obvious benefit of physical music formats is that they can be played over and over, and passed from one person (or generation) to another. By contrast, streaming relies on energy-hungry servers around the world to pass the data on – often to users who re-stream the same content over again. (Green tip: download your favourite playlists instead!) This leaves an invisible, yet hefty, environmental impact which various stakeholders – music consumers as well as industry people – are just waking up to.

It is estimated that streaming over the internet is the equivalent of having two or three old- fashioned, incandescent light bulbs on. According to scientists at Bristol University, streaming all of the Peaky Blinders episodes generates the same amount of CO2 as a drive from Birmingham to Manchester, states the BBC3 documentary, Dirty Streaming: The Internet’s Big Secret.

A research collaboration published in 2019 between the University of Glasgow and the University of Oslo found that the impact of streaming far outweighs the plastic use of physical products. In the aforementioned book by Dr Devine’s, he writes, “Storing and processing music online uses a tremendous amount of resources and energy – which [has] a high impact on the environment.”

The fact that Key Production Group is pushing its sector to go greener comes as to no surprise to those who know Karen Emanuel, its CEO. She has consistently made efforts to make her firm’s products (DVDs, CDs, vinyl records, cassettes and specialist packaging) as sustainable as possible. As far back as 2008, her company offered customers the option to purchase CDs which were carbon balanced (offset) – at a few pence more per unit. There was little interest back then, but fast forward to 2020, and we’re dancing to a different, greener, beat.

Living in a material world
Despite alarming media headlines about the practices of certain American vinyl factories, all EU factories with which Key Production works require the manufacturing plant to use PVC that is free of any harmful elements. Despite various attempts over the years to make a ‘greener’ alternative to PVC, these efforts resulted in a poorer quality product – thus one likely to be thrown away.

As Key Production’s Sustainability Statement explains, “PVC currently remains by far the best material for faithful audio reproduction.” This material is also one of the most commonly – and easily – recycled materials. Research in this area is, necessarily, ongoing.

There are now ways to reduce the carbon footprint of a vinyl record, such as making them from a proportion of re-ground PVC, which is between 60% – 100% recycled material. Fortunately, all of Key’s suppliers are able to recycle a significant portion of rejected records and offcuts on site for use in this process.

Recycling onsite removes the need for transportation of unwanted PVC. Any overstocks of vinyl or damaged records can also be sent away to specialist facilities and re-ground for use in building and road construction materials, for example.

Vegetable-based ink and FSC certified paper have also significantly reduced the environmental impact of processes involved in the printing of paper and cardboard packaging – for both vinyl and CDs. Key Production continuously monitors the results of studies that compare the benefits of recycling with any drawbacks, and likewise, of the processes required to produce high-quality recycled paper and paperboard.

Don’t throw the baby out with the bathwater
Contrary to popular opinion, shrink-wrapping of products such as vinyl records generates an insignificant proportion of the carbon emissions made in manufacturing the product. When starting out in 1990, Key rarely shrink-wrapped its products, but the way consumers buy music has changed drastically since: because many sales have moved online, there are many more steps in the distribution and logistics chain, meaning products now require shrink-wrap to reduce unavoidable damage in transit and in retail.

Shrink-wrapping reduces damage, meaning fewer products are rejected, returned or wasted due to damage. Getting rid of the wrap would be a case of throwing the baby out with the bathwater.

Conventional PE and PP film used to protect product is recyclable, although, as with other plastics, frustratingly, only certain councils currently facilitate this. There are newer films on the market (BYO and BOPLA) which are oxo-biodegradable, but there remains debate over whether the components into which these materials break down are themselves harmful to the environment. All plants that Key Production works with are working with suppliers to produce fully biodegradable shrink-wrap. Currently, Key offers alternatives, such as a PVC outer sleeve, as part of the product.

The New Power Generation
As a long-term eco-warrior, Karen Emanuel notes, “My company has used green energy tariffs since they became a thing!” Key Production monitors and favours plants that source energy-efficient supplies, and which use innovative, energy-saving processes. This includes plants that heat their premises with the energy generated from by-products of its manufacturing process. Key also encourages such practices in plants that aren’t yet employing them. Its intelligent forecasting system along with careful planning, help to minimise unnecessary transportation of goods and ensure vehicles carry optimum capacities.

Carbon Balanced – With Nicaraguan Roots
Besides running Key Production Group, Karen Emanuel owns Jicaro, a National Geographic Ecolodge of the world’ situated on Lake Nicaragua. She was inspired to build a hotel there after a trip to this Central American country back in 2007.

As such, it is no surprise that she chose to carbon balance Key Production’s main office in the UK – and its transportation – through a carbon-balancing project called CommuniTree, based just there, in Nicaragua. CommuniTree is providing 1000’s of jobs each year and is now the biggest reforestation programme in the country. In 2019 alone, 2.5 million trees where planted, sequestering 277K tonnes of CO2.

It is one of the world’s most holistic carbon projects, which is certified under the ‘Plan Vivo’ (‘Living Plan’) standard and included in C-Level’s Carbon Balanced Programme. Daren Howarth, Founder & CEO of C Level, has been working with the project since 2010 and explains, “I was introduced to Karen because of our mutual involvement with Nicaragua. She said yes to balancing her business and the next thing I know she has rolled up her sleeves and visited our project team on the ground, witnessed their work, and seen the beautiful wood products being made from trees planted back in 2010.

CommuniTree is all about people and livelihoods, not just ‘tree planting’, which is something Karen ‘gets’ instinctively.”

There is still work to do on the environmental sustainability front for Key Production Group, but the company’s Sustainability Statement has put the needle firmly on the ‘green’ record of music format production, for the decade to come.