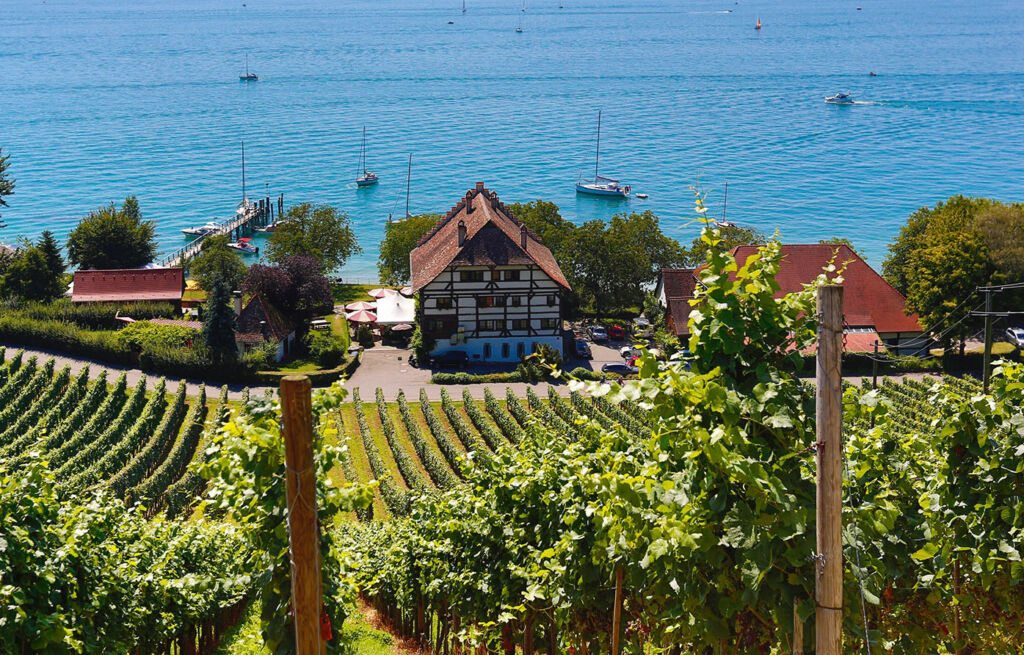 In the heart of Europe, lies one lake, surrounded by four countries. The Lake Constance region, lovingly called ‘Bodensee’ by the locals, borders Germany, Austria, Switzerland and is just a short hop from the Principality of Liechtenstein.

This international region benefits from magnificent views of the Alps, boasts lakeside resorts and historic harbour towns. Our reporter Sabi Phagura headed to the area to pick out some of the highlights of what the region has to offer in just four short days.

We all live incredibly fast-paced lives wanting to do so much but with so little time. So, when I had the chance to visit four countries and four days it was a no-brainer. And getting into the correct mindset, the bags were packed as swiftly as I expected the trip to be.

Straight from the flight to our first stop to Bodensee Airport Friedrichshafen, we headed straight to Dornier Museum on a journey through 100 years of aviation and space travel history. Surrounded by huge flying boats and nostalgic passenger aircraft, not to mention mind-boggling exhibits from the field of space travel, the museum is an aviation enthusiasts dream. 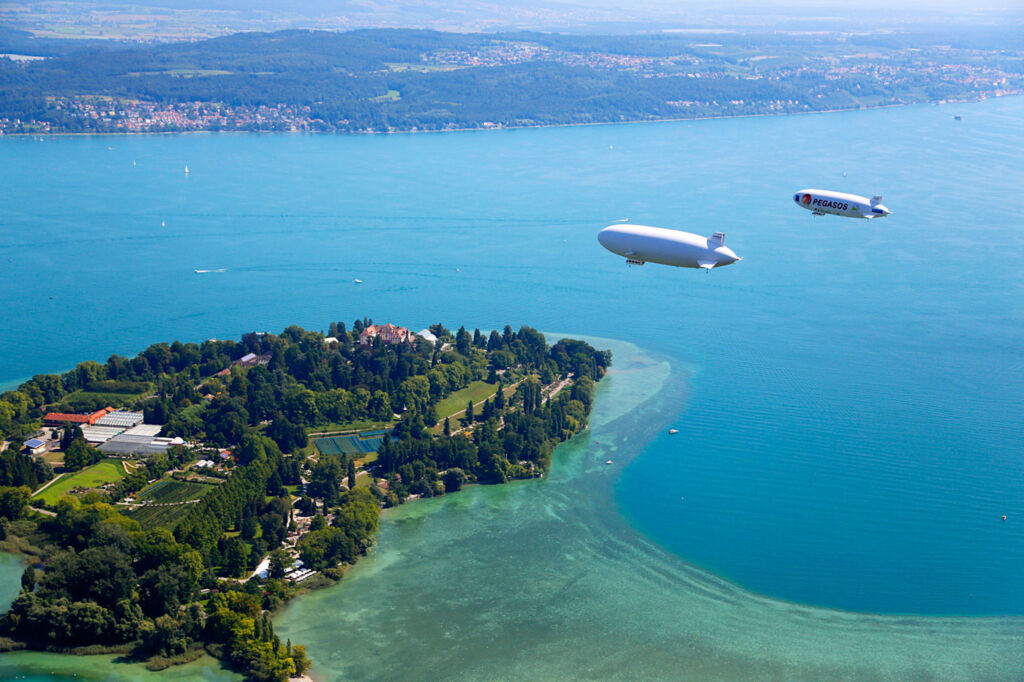 But if airships are more of your thing, just a short ride away you can get a shipyard tour at Zeppelin Hangar. it’s devoted to LZ 129 Hindenburg, the “luxury liner of the airs”, which was destroyed by fire in Lakehurst in 1937. With a length of 110m, a width of 69m and a height of 34m, the hangar of the Zeppelin NT is the largest in southern Germany. Just seeing and learning about the hangar is inspiring but if you want to travel in it, you can take a ride in it for 200 euros for 30 minutes.

From our luxury abode Hotel Bad Schachen, we were able to explore the island of Lindau by crossing the lake bridge. Here, expect to find narrow historical lanes, buildings that all boast their own individual stories and plenty of shops and cafes to take the pressure off your feet and sample the delights of the region including wine and cheese. Cheese sommelier Michael Bode of Kase Ecke certainly knows his trade well. We enjoyed a fine cheese and wine experience in the comfort of his private tasting room and courtyard garden, as we listened to snippets of his expertise.

Although Germany alone boasts 110 miles of the total 170 miles shoreline of Lake Constance, there is plenty to discover in the other three surrounding countries. In such pursuit, the 20-minute passenger ship across the lake itself took us to Bregenz. 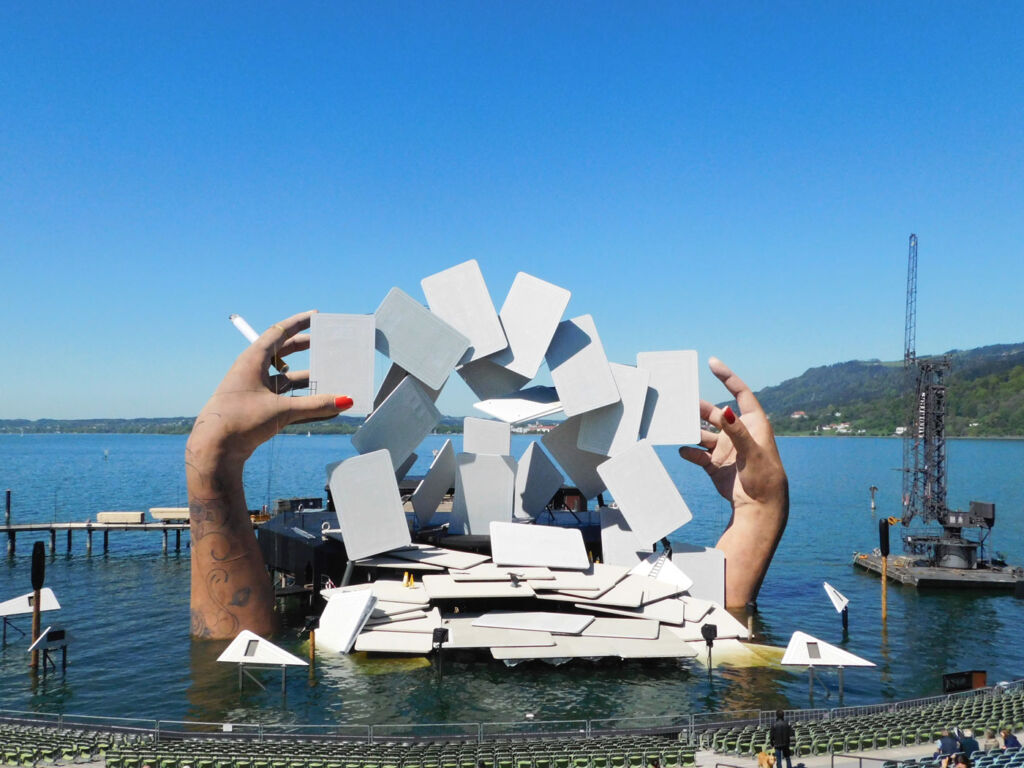 Shakespeare’s words “All the world’s a stage, and all the men and women merely players” was the phrase that came to mind when we took a look behind the scenes of Bregenz Lake Stage. Known as the world’s largest floating stage, this spectacular opera format setting has become home to the Bregenz Festival every two years over July and August. The show raises the imaginary curtain to wow 7,000 spectators gathered in the auditorium for an overwhelming visual and audio feast outdoors. Throughout history, the Austrian festival has built some of the most amazing designs ever seen on a stage set in the beautiful landscape surrounding it.

Going from big to compact, day three took us to the Principality of Liechtenstein – it may be the fourth smallest country in Europe with an area of 160 square km’s but it is also the richest in the world. Lying between Austria and Switzerland, it has more jobs than residents so more than half the employees commute to the principality from another country. There is plenty of wine flowing here to feed the workforce with lots of small vineyards producing it for consumption in the country The Vaduz vineyards are especially spectacular which can be seen during a ride from the city train. 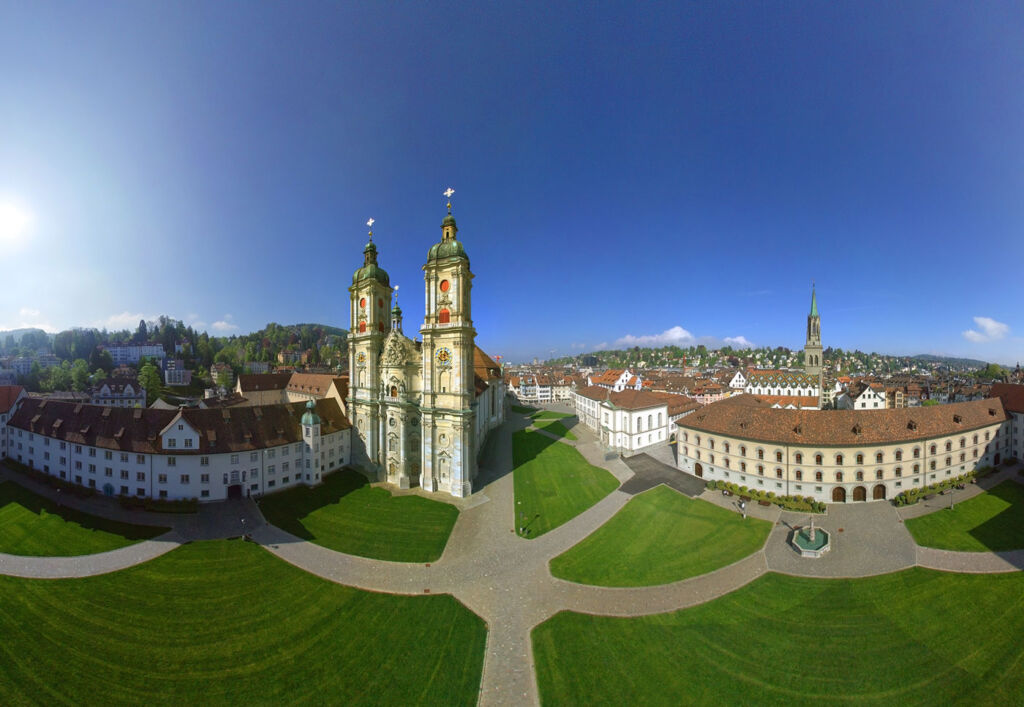 People are uber friendly here, perhaps a trait they have adopted from the current Prince Hans-Adam II. He is said to open his home to the public annually and is so down to earth he can be seen casually walking down the streets like other folks. Sadly we only stayed a mere few hours here as St Gallen was calling in Switzerland so we never bumped into him.

Like the other places, there is plenty do here but the most striking find was one of the oldest libraries in the world – the Abbey Library. Famous for its beautiful baroque hall, it holds one of the most important manuscript collections in Europe – especially for the Carolingian and the Ottonian period from the 8th to the 11th century. As someone who appreciates libraries – not least because I’m a writer – I so resonated with the Greek inscription over the main doorway leading into the library: “Sanatorium for the soul.” 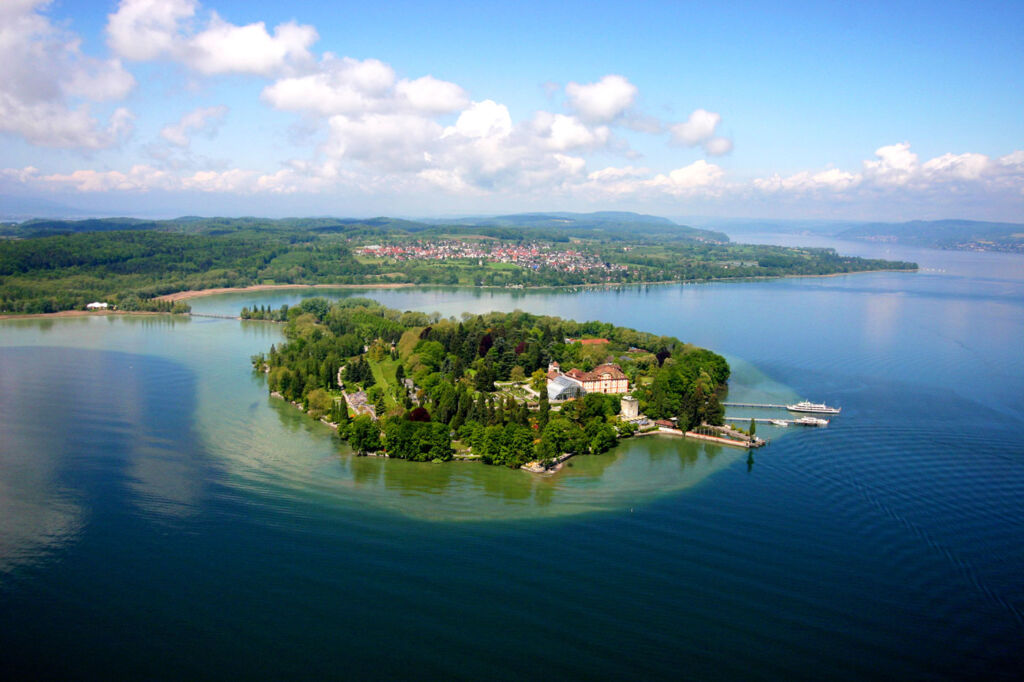 For further soothing of the mind and relaxation, our group headed off to Mainau Island – known as the island of flowers. Lying just off the shores of Lake Constance in Baden-Württemberg, its 45 hectares are home to an extraordinary diversity of flowers, trees and shrubs. Old treasures include the Viktoria lime, planted by the grand duke in 1862 to mark the birth of his daughter and the bizarrely knotted pagoda tree, also around 150 years old. Nature enthusiasts really could have a field day here.

Ideally, I would have loved to have stayed longer to discover so much more of what Lake Constance has to offer, but as a taster, this visit certainly hit the spot. I know we all complain about the lack of time, but the saying “No one has time, you have to make time,” has begun to resonate a little more after this amazing trip.