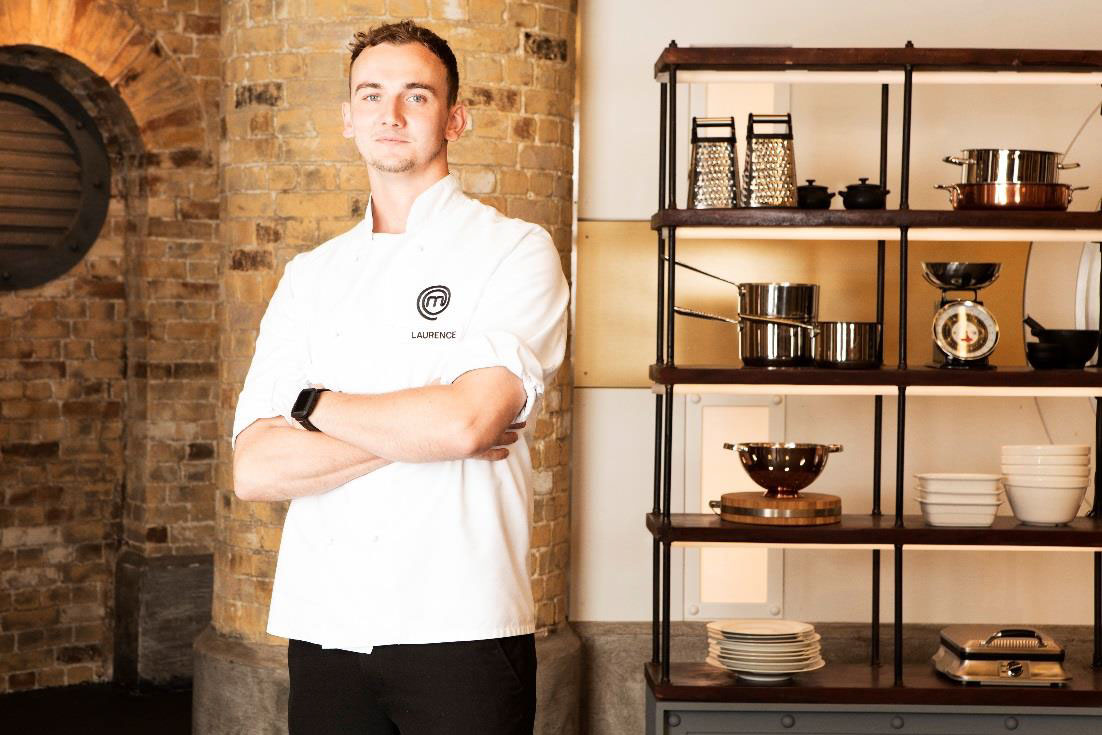 Laurence Henry, a sous chef from two-Michelin-starred Restaurant Sat Bains in Nottingham, is the winner of MasterChef: The Professionals 2018.

Laurence, who lives in Mapperley and grew up in Nottingham, fought off competition from two other chefs in the final (from an original pool of 48), and following seven demanding weeks of culinary trials and cook-offs. He was presented with the MasterChef: The Professionals 2018 trophy by the BBC2’s show judges Marcus Wareing, Monica Galetti and Gregg Wallace.

Commenting on his win, Laurence said: “I’m absolutely buzzing, it feels like such a long time ago, but I’m really happy and excited. The goal was always to get to the final, but to win is the cherry on the cake. I have thought about entering for a few years. I wanted to test myself and learn more about myself and I wanted to do this for my family and make them proud.”

For the final cook-off – and his favourite task of the show – Laurence wowed the judges with three courses comprising; Pan-seared scallops with heritage cherry tomatoes marinated in dried woodruff and elderflower, wild strawberries, pickled green strawberries and roast tomato dashi; Pork loin and kimchi, soy and mirin-glazed pork belly, fermented hispi cabbage, soy and kimchi puree, pear puree and pickled nashi pear and for dessert, aerated mint white chocolate with a passionfruit gel, lemongrass and coconut ice-cream with passionfruit ripple and caramelised white chocolate crumb. “I enjoyed the final cook-off the most – it can be hard when you’re a young chef and you’ve not yet developed your own style of food, but those dishes were the most ‘me’ in terms of my food.”

Laurence, who originally wanted to train as a doctor, like many of his family, decided to become a chef as a young teenager. “I just had a pure love and passion for cooking. I was always inspired by food programmes, eating out and travelling and experiencing food in different countries and I realised I really wanted to cook.”

During his formative years, Laurence worked at Maze in London, and briefly for Mark Jarvis at the Bingham in Richmond as well as Jason Atherton at Pollen Street Social. He joined Restaurant Sat Bains in May 2017 as a junior sous chef and was promoted to the position of sous chef this summer.

Laurence said: “I love working with Sat and John Freeman, they are fantastic mentors and I really enjoy making sure that I support them, that everything is on point, and the kitchen always runs smoothly.”

Sat Bains commented: “The schedule for filming programmes like MasterChef: The Professionals can be gruelling and Laurence has worked very hard to ensure that the show didn’t encroach on his job as a senior chef in a two-star kitchen.

I am sure it has been stressful for him, but he has been committed to making sure that the trips to London for filming on his days off did not impact on his responsibilities – and that shows the mark of a true professional. He wanted to prove himself to his friends and family – he ran with it and smashed it. “Laurence has shown determination and is proof that nothing is unachievable. We are delighted that a local boy, working at Restaurant Sat Bains, is flying the flag for Nottingham once again. We are very proud of him.”