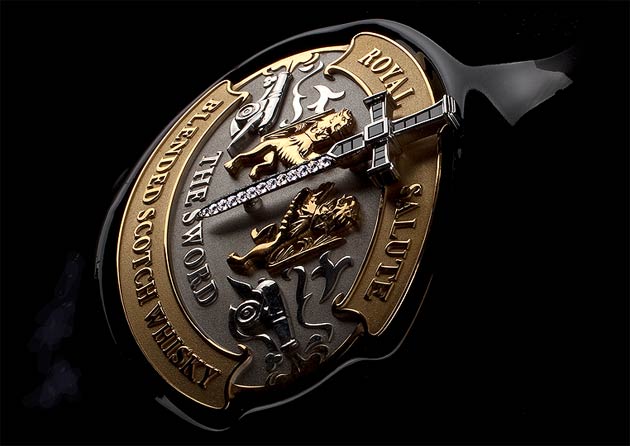 The world’s only exclusively prestige Scotch whisky, Royal Salute, has crafted ‘Tribute To Honour’ using the most exquisite, precious and scarce whiskies to pay homage to the oldest crown jewels of the British Isles: The Honours of Scotland. 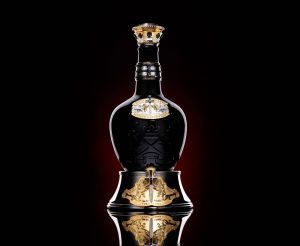 The award-winning Royal Salute was first created as a tribute by Chivas Brothers to Her Majesty Queen Elizabeth II upon her coronation in 1953, and has since earned the title of becoming the world’s leading luxury Scotch whisky brand.

The narrative of the Honours comprises glorious legends and intrigue and remains a powerful and inscrutable ode to Scottish history. Fittingly, only the finest aged whiskies – at least 45 years old – are presented in the spectacular ‘Tribute To Honour’, a bejewelled black porcelain flagon, dressed by Garrard, the world’s oldest jeweller to royalty. Embellished with 413 flawless white and black diamonds, these exquisite jewels form the shape of the Sword of State: one of the trilogy of treasures that are The Honours of Scotland. Set in gold and silver, 22 carats of gemstone adorn the decorative collar and stunning flagon’s visage. Golden lions sit either side of the diamond encrusted sword, a symbol of valiancy and patriotism, of battles fought and won.

341 hours of craftsmanship were dedicated to the manufacture of all silver and silver gilt elements, the cutting and setting of all gems, and the polishing of each individual bottle. The prestigious jeweller has served six successive British monarchs and pays tribute to the ancient Scottish Sword of State as its landmark. 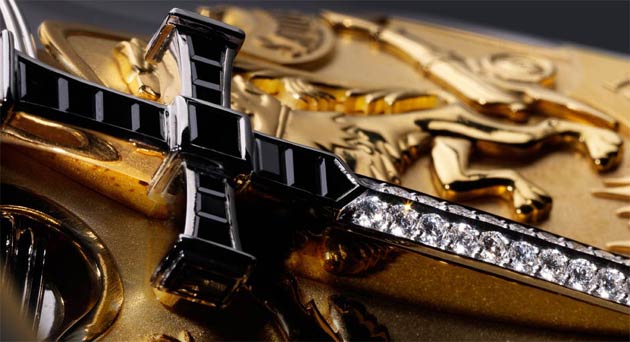 The master distiller and the creator of this exceptional blend Colin Scott comments: “Chivas Brothers has a phenomenal archive of high-aged whiskies, some of which, after decades of careful maturation, have acquired a rich intensity and deep concentration of sumptuous characters. It is these very few whiskies which I have personally selected to compose ‘Tribute To Honour’ – this opulent and rarest of blends.” 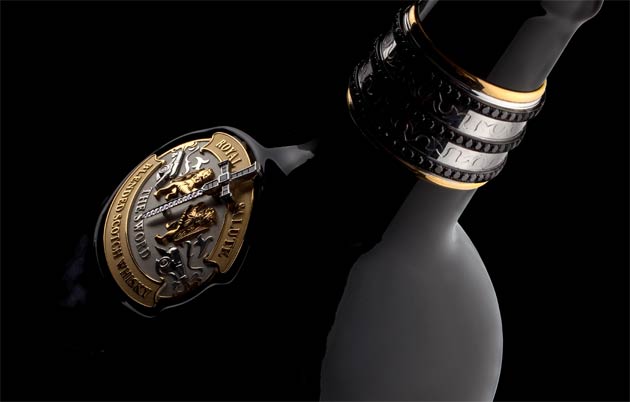 Only 21 individually numbered bottles priced at £150,000 each (excluding taxes) have been released globally, and one of these bottles will be kept in the Royal Salute Vault.