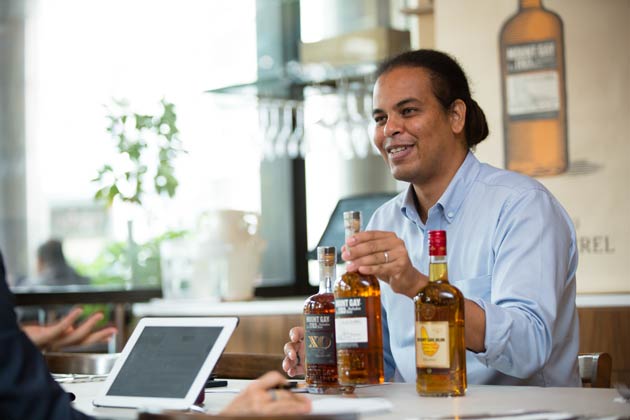 The World’s Oldest Refined Rum Producer host an intimate pairing dinner at Chinoz On The Park in KLCC and Ong Chin Huat speaks exclusively with Brand Ambassador Miguel Smith and finds out why Rum is best shared with friends. 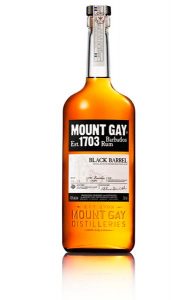 Celebrating 311 years of meticulous craftsmanship, refinement and boldness, the small group of 40 guests experienced a delicious 3-course dinner; the first course is complemented by Treacle – a signature Mount Gay cocktail, the main course is paired with the new Black Barrel, and dessert enjoyed with Mount Gay Extra Old.

Mount Gay International Brand Ambassador, Miguel Smith, took guests on a truly authentic Barbadian journey of Mount Gay rum, presenting the brand’s history, heritage and characteristics of three different products, namely Eclipse, Extra Old, and the new Black Barrel. Hailing from Barbados, similar to Mount Gay Rum, the former bar tender has a personal passion for this award-winning rum. “Rum as a liquid can be produced anywhere in the world where sugar cane grows as that is its main ingredient,” he says. “But Barbados is the only island in the Caribbean where there is a limestone coral base. This gives us a natural advantage as the rainwater is already filtered and we have 98 per cent pure water to make rum.” 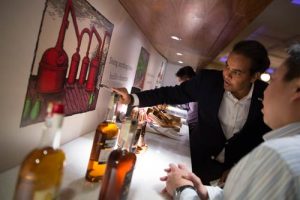 Smith says Mount Gay Rum has been produced at the same site in Barbados since 1703, which “not only makes us the oldest rum in the world but also the longest standing spirit in any category.” Clearly proud of his country’s rum heritage, Smith says Mount Gay is all about integrity and has only produced six rums in 311 years. “That doesn’t mean we are lazy,” Smith laughs. “It just means that we take our time to make sure when we release a liquid and put Sir John Gay’s name on it, it has to be the highest possible quality and worthy.”

The latest offering from Mount Gay’s distillery is Black Barrel, a recipe crafted by Allen Smith, Mount Gay’s Master Blender, made of matured double pot distillates and aged column distillates. With a higher proportion of double distillates, Black Barrel is the only marque finished in charred Bourbon oak barrels. The result is a bold concoction with notes of pepper, spice and wood with a blend of fruit, oaky vanilla and sweet caramel on the nose. 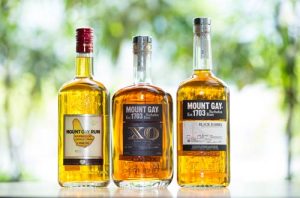 For more than three centuries, Mount Gay has perpetuated a long-standing Barbadian tradition, producing the world’s oldest, refined rum. Only the finest sugar cane molasses and pure water filtered through the coral heart of the island are selected to create Mount Gay rums. Mount Gay Black Barrel boasts double pot distillation and a second maturation in Bourbon oak barrels which are combined with the harmonious blending orchestrated by the Master Blender to create outstanding rums. All Mount Gay rums are made from a blend of single column and double copper pot distillates and matured in toasted oak barrels.

Master Blender Allen Smith’s philosophy to blending rum is that “It’s ready when it’s ready, not before.” Smith, who oversees the brand’s maturation facility in Barbados’ parish of St. Lucy, joined Mount Gay distilleries in 1991, and was instrumental in the development of the award-winning XO Reserve Cask Rum blend. Smith continues, “Rum blending is an art passed down for generations, and I am honoured to continue the brand’s focus on innovation and refinement with the introduction of Black Barrel. We are thrilled to give our consumers an exceptional, high-quality spirit to appreciate for years to come.” 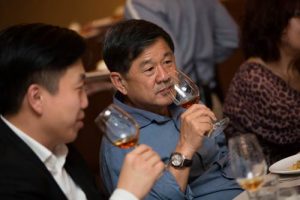 Miguel Smith sums it up best when he says, “Drinking rum gives you a warm, friendly and genuine feeling. It’s there for every occasion as it’s about sharing experiences. There’s magic inside a bottle of Mount Gay Rum. There’s no other spirit that brings people together like Rum. When you open a bottle of rum, you invite everybody but everybody gets a little less because it’s a drink you really want to share. It’s for a multiple of people who enjoy something that is very special.”

Mount Gay Black Barrel will be available in Malaysia by the end of 2014 at notable bars and restaurants, as well as at premium alcohol retailers.