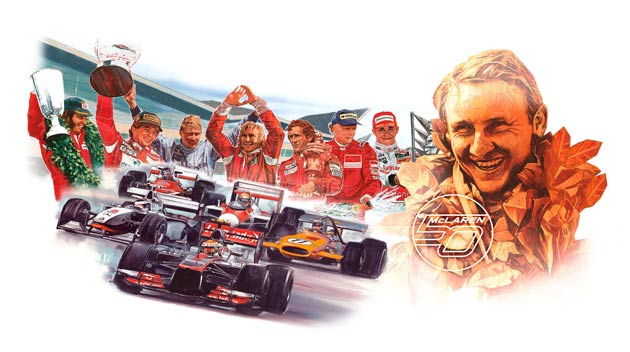 Located in the affluent town of Woking, Surrey, a few miles South of London sits the McLaren Technology Centre and it is from here that the extraordinary talents behind the company celebrated five decades of motoring excellence.

From 1963 to 2013, McLaren have fought to establish themselves into the powerhouse automotive company that they are today. Racing champions, Jenson Button and Sergio Perez joined the McLaren celebrations, both taking part in a parade of some of the most iconic race and championship winning McLarens from the past 50 years. 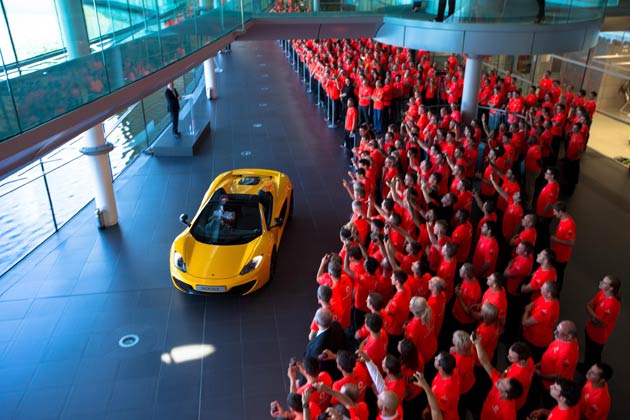 A few decades ago, the thought of a an own built and branded McLaren supercar would be just a dream and today the company has a range of vehicles  that has created mouth-watering excitement amongst motoring fans around the world. To highlight this huge leap, Perez arrived in the 3,000th production McLaren 12C – a 12C Spider finished in striking Volcano Yellow, while 2009 Formula 1™ world champion Jenson Button showcased the McLaren P1™ in front of the entire McLaren Group staff, dressed in Rocket Red t-shirts to honour the landmark occasion. 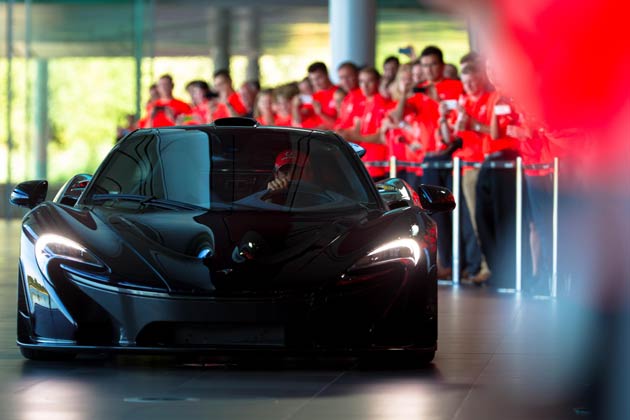 2 September 1963: the birth of the McLaren Legend

Bruce McLaren Motor Racing Limited was formally incorporated on September 2 1963, when the 26-year-old New Zealander gathered together a small enthusiatic crew of committed individuals to design, build and race cars bearing his own name, operating from a small, cramped workshop in the leafy suberbs of New Malden, Surrey.

From that tiny base, the team migrated through various premises in Colnbrook and Woking before settling upon its current site at the McLaren Technology Centre, home to all of the team’s businesses, and workplace to more than 2000 people. For any organisation, that’s quite an incredible transformation. Yet the company’s sporting successes have equally blossomed beyond measure since those early days.

Their great and illustrious champions – Emerson Fittipaldi, James Hunt, Niki Lauda, Alain Prost, Ayrton Senna, Mika Hakkinen and Lewis Hamilton – all became household names and legends of motorsport. McLaren’s long-lasting relationships with some of the world best-known brands have also set new standards in the world of commercial and sporting partnerships. Their lengthy list of blue-riband partners included the race team’s current title partner, Vodafone, global brands such as ExxonMobil, Diageo, GlaxoSmithKline, Santander, SAP and the Hilton Group, and world-class consumer brands such as TAG Heuer and Hugo Boss, both of whom have partnered with us for more than half their existence – a phenomenal achievement. 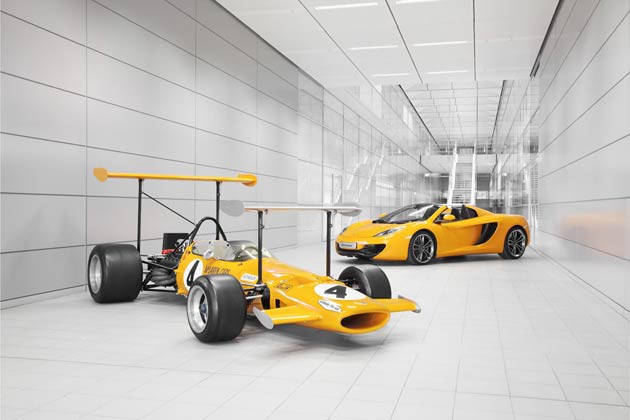 The organisation’s current scope is particularly broad: we have grown from a humble racing outfit to encompass McLaren Electronic Systems, which supplies technologies to every team in F1, NASCAR and Indycar, and McLaren Applied Technologies, which applies our expertise to a wide range of industries from elite sport and healthcare to energy and product design.

In 1993, their roadcar division (as alluded to earlier in the article), McLaren Automotive, launched arguably the purest and most focused supercar in history, the F1, perfectly honouring Bruce’s legacy. Even today, it is still regarded by many as possibly the greatest supercar of all time. More recently, it has successfully launched both the ground-breaking 12C and 12C Spider high-performance sports cars and the superlative McLaren P1TM – McLaren’s newest and most exciting supercar.

However, the 50th anniversary celebration is merely the starting-point for even more ambitious growth. McLaren are increasingly establishing themselves as one of the world’s most dynamic high-technology companies.

Following the outstanding acclaim that greeted the arrival of the P1TM, McLaren Automotive is already working busily to extend the line-up, and McLaren Racing’s exciting technical partnership with Japanese manufacturer Honda, which hits the track in 2015, promises a return to the greatness achieved during our previous link-up, which won 44 grands prix and eight world titles in the 1980s and ’90s.

Despite the broadening of the group’s business interests, McLaren’s goal remains singular: we exist to win – and aim to do so in every endeavour we undertake. Less a corporate slogan and more a matter of personal pride, McLaren’s ethos cuts deep into the organisation, creating a workforce unified by the same passion – it’s the quality that ensures McLaren remains such a relentless force in everything it does. 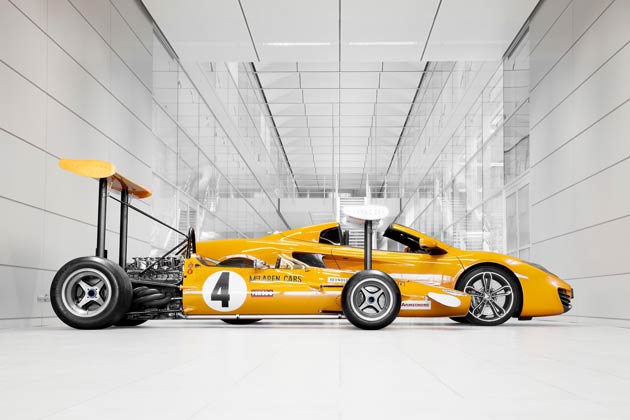 Jenson Button said: “I’ve never hidden my pride at being a McLaren driver. I grew up watching this team achieving great things with Ayrton Senna and my racing hero, Alain Prost. And I firmly believe this team will be great again; this is an organisation you can never discount – their appetite for winning is unlike anything I’ve ever seen and, rest assured, we will be back at the front soon. For me, it’s hugely gratifying to not only be at MTC on the actual day of the anniversary, but to spend time with the thousands of people who all work with such skill and enthusiasm to make McLaren great. Happy 50th birthday McLaren – you are an inspiration to everyone in motorsport.”

Sergio Perez said: “Ayrton Senna was my hero when I was growing up and getting into Formula 1. Ever since then, I’ve had huge respect for McLaren – throughout my whole life they have been winning races and championships, and have consistently been one of the best teams in Formula 1. To drive for McLaren in their 50th year has been a great personal achievement for me – ever since I first arrived, I’ve found a team utterly hungry for success, yet always friendly and considerate. It’s this human quality that has really struck me about the team – they are completely united, so you always know they are pushing hard for you. In turn, that makes you want to step up and deliver yourself. It’s unbelievable to think that McLaren is 50 today – I want to wish the team every success for the next 50 years.”