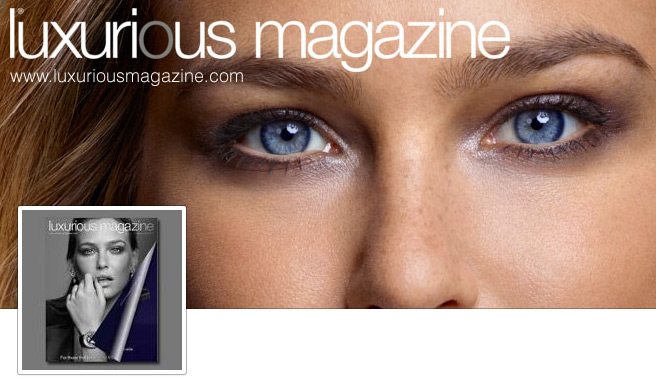 Luxurious Magazine engages readers via numerous social media platforms. Perhaps, due to the type of content we provide, we do not have an Earth-Shattering number of likes on Facebook.

This is not the case when it comes to Google Plus (a platform where we have a larger audience than many global luxury brands) and Pinterest where we have a combined total of over 5,000 people between the two platforms that actively engage with us. So, going back to the Luxurious Magazine Facebook Page, we do regular housekeeping on Facebook and social media, blocking or removing people that we feel just want to use our ideas and content for their own or want to use our social media platforms for spam. This is one of the reasons why we don’t appear to have an oustandingly large number of Facebook Likes. Is this something for us to be concerned about? The simple answer is no, the reason for this is we probably have one of the highest percentages of engagements of any luxury related brand in the world on Facebook. 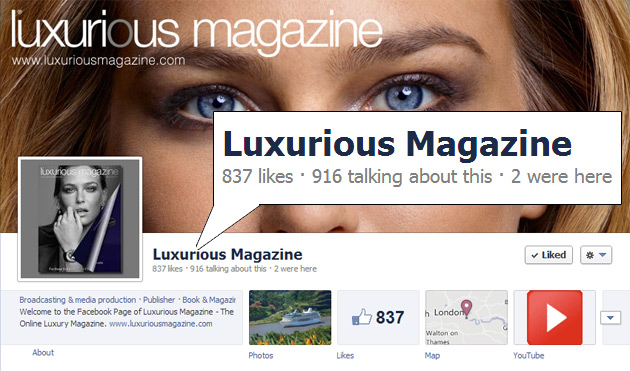 We found an excellent article on the internet by Katie Edmondson, Assistant Editor at postadvertising.com providing an excellent insight to reader engagement on Facebook.

“The most successful brands on Facebook Pages aren’t the ones you’d think. If I told you that Coca-Cola’s Facebook Page has an engagement rate of less than one percent, would you believe me? Well, it’s true. After calculating the ratio of Coke’s total Likes to total engagement (“Talking About This”), the Page clocks in at a meagre score of 0.7%. But this is not unusually low for Facebook Pages; in fact, it’s quite average. Most brands are very successful in generating Likes but fail to keep their fans talking. When it comes to real success for a brand on Facebook, in the end, engagement numbers mean a lot more than total Likes—a number that often speaks more to the size of the brand’s media buy and not to the quality of their content. As such, Talking About This is actually a far more valuable metric and tool than total Likes are.

“There are many ways to get a Like on Facebook—a paid advertisement, incentivized deals, fan-only contests, etc. But whether hard won or bought by the thousand, this number doesn’t reflect true fan interest and engagement. Yes, when total Likes spike, so too does overall engagement (likes/comments/shares), but it’s usually an altogether temporary side effect to ad spend. At first, new fans will explore the Page and interact with its content with a fresh-faced burst of enthusiasm for the subject matter, perhaps also feeling excited about the prospect of a contest or promotion. But eyes start to wander as content wears thin, becomes stale or disinteresting to them. Users won’t bother to ‘Unlike’ the Page, but they will forget about it entirely. Dissatisfaction—conscious or otherwise—with the brand will linger. It is the on-going presence (in spirit) of these disinterested fans that create such low engagement percentages. And rightfully so.” 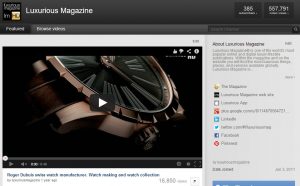 Within the industry, we know that there are many ways to get an artificially inflated number of Facebook likes, as mentioned above, advertising, deals, contents and our personal ‘bug-bear’, brands and companies that plead for you to follow or like them! Perhaps its class, maybe it’s a matter of dignity, but we just will not engage in those practices. If people want to follow or engage with us on Social Media, then it should be the readers choice, no coercing. Our Facebook engagement is a fraction under 110%, slightly higher than some of the companies mentioned in the article above, for those brands and companies that use the number of ‘Facebook Likes’ as an indication of popularity, take another look at the percentage of people talking about your page, we are fairly certain you’ll be surprised.

What we do via social media is ‘Fair, Honest and Truthful’, our readers and advertisers would expect nothing less from us.