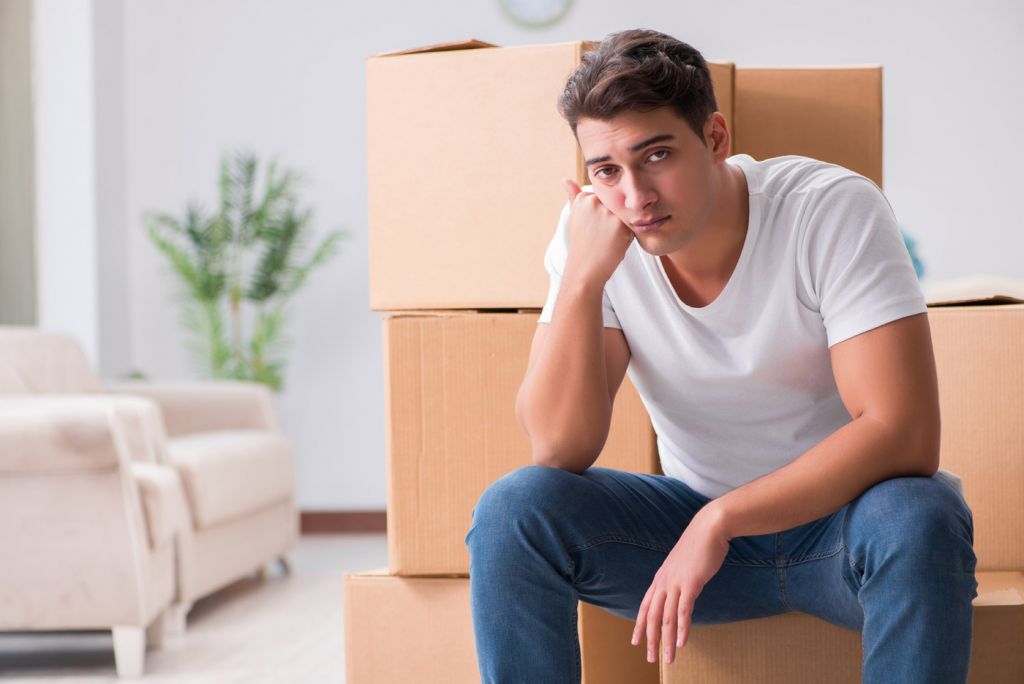 For many, getting a foot onto the property ladder is a distant dream and the only option to have your own home is to rent. In this article, we look at which places are the most affordable when it comes to property rental in Britain.

The latest research by lettings management platform, Howsy, has revealed that 61% of Britain still remains within the boundaries of affordability for the nation’s younger renters.

Howsy looked at the cost of renting across each local authority of England, Scotland and Wales coupled with the average salary for 22-29-year-olds in that region. Howsy then looked at what percentage of income is swallowed up by financial rental requirements and where remains the most realistic for renters.

But the difference between 99% of salary spent on renting and 100% doesn’t make an area affordable for tenants and in fact, affordability starts to become an issue once the cost of rent exceeds 50% of your salary.

With this in mind, Howsy then looked at where across the nation the average monthly rent accounted for 50% or less of earnings and found that on this basis, 61% of areas were still home to an affordable rental market for the younger generation.

The best of the bunch is Rhondda Cynon Taf in Wales, with just 28% of income required to cover rental costs, along with Blaenau Gwent.

Barnsley also makes the top 10 and is the most affordable in the Yorkshire and the Humber region at 32%, along with Bolsover which ranks as the best option in the East Midlands.

Folkestone and Hythe is the South East’s most affordable rental market, with Torridge in the South West still just about affordable at 40%. Predictably, the cheapest area in London falls outside of the 50% affordability threshold, with Bexley coming in at 52%. 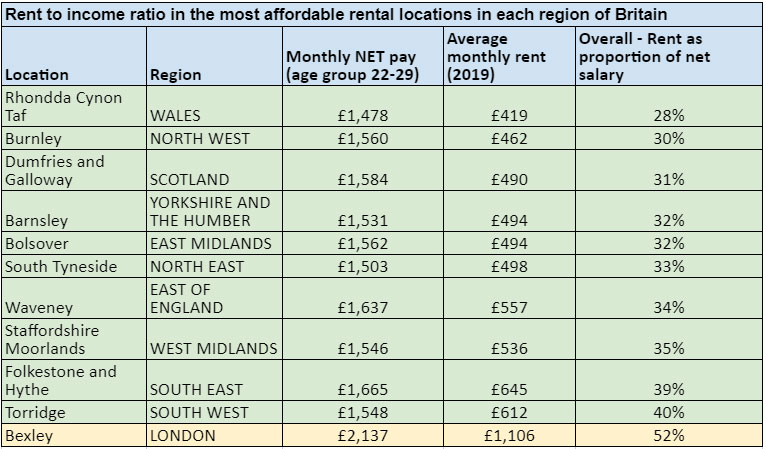 Founder and CEO of Howsy, Calum Brannan, commented: “A lack of wage growth to keep pace with the increasing cost of renting is resulting in more of the nation’s tenants paying above the fifty per cent affordability threshold when it comes to the proportion of salary spent on rent.

However, despite the government’s attempts to dampen the financial return of buy-to-let landlords through a number of financial penalties including a ban on tenant fees, an increase in stamp duty and a reduction in buy-to-let tax incentives, we haven’t seen the knee-jerk spike in rents that many predicted.

We believe it is important to be innovative with solutions to ensure that the rental market is open to as many people as possible. Products such as Howsy Club turn the tradition of the high up-front deposit on its head, wiping out a high cost that, along with monthly rent, can be a big barrier many tenants getting their foot on the rental ladder.

Of course, affordability is always going to be a problem in some areas, but a vast majority of areas in Britain still remain realistic as rental locations for the nation’s youngest tenants.”