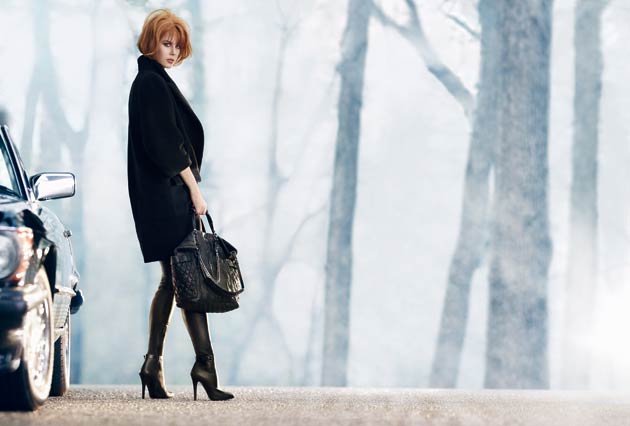 Exploring themes of film noir and referencing the tension of Hitchcock’s empowered heroines, photographer Mikael Jansson portrays Kidman as the seductive protagonist in a series of images that hint at the brand’s recurring themes of empowered glamour. Breaking in August issues globally, the campaign is accompanied by a short film which may be viewed at www.jimmychoo.com

“Nicole has perfectly captured the mood of our AW13 collection; her character portrays the multi-facetedqualities of the Jimmy Choo woman for this season – strong, sexy with a beguiling sense of mystery.” Sandra Choi, Creative Director.

“I really enjoyed being able to play a role that was strong, sexy and in control. I got into a relationship with the photographer and Mikael is very intuitive, he knows what I am thinking and feeling and is able to translate it through the camera.” Nicole Kidman. 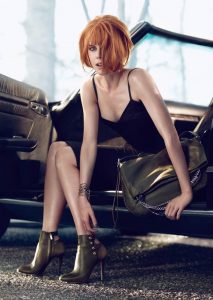 Scene I: The camera catches her in a private moment. She stares seductively at the camera, the embodiment of the femme fatale, a woman in control with the power to seduce and command your attention; you cannot help but to fall under her spell. Her hair is suggestively tousled. The DANE lattice booties in claret frame her ankles and the CIGGY clutch is suspended languorously from her fingertips. Outside, a low winter sun illuminates a forest of silver birch trees highlighting the mysterious isolation of the location.

Scene II: A voyeuristic glimpse at a private moment, she is dressed in his crisp white shirt, the simplicity of her attire offsets the TALAN shoes – a perfectly formed pointy-toe stiletto with a t-strap and bow detail. She provocatively caresses her ankle, her eyes always on you. In control, her stare has a hypnotic power. Cut off from the world, the phone off the hook, the atmosphere is imbued with anticipation.

Scene III: Standing next to an abandoned sports car on a deserted forest road, her seductive charm belies an ulterior motive. You are drawn to her, yet she beguiles. The TAMBA black leather boot envelopes her legs in a seamless sheath of tactile leather. The BLARE biker bag hints at the journey ahead. 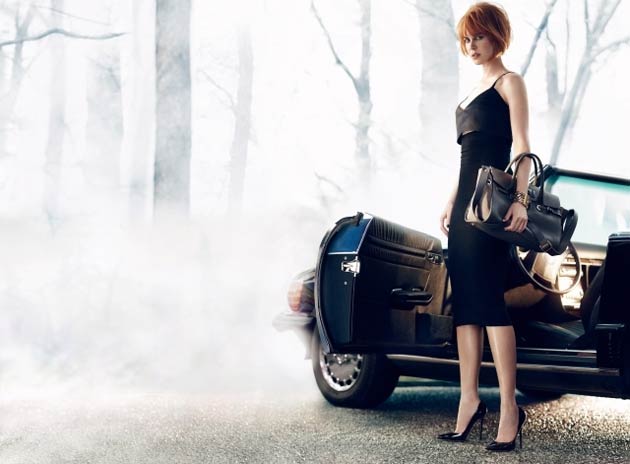