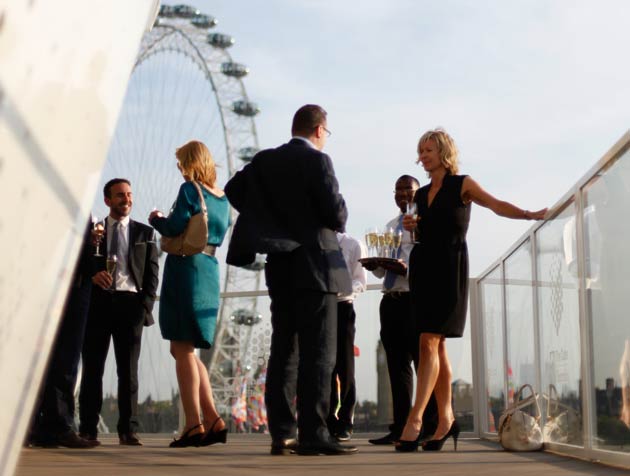 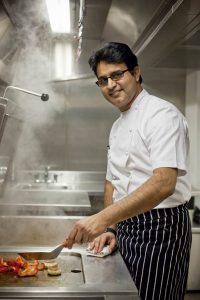 As we sipped on chilled champagne at the rooftop of the Royal Festival Hall, finger lickin’ quail lollipops and spoons of spiced cured salmon were passed round to whet our appetites before the gourmet treat began.

We especially loved the crispy fried morsels on sticks, which were generously seasoned in chilli, garlic and salt. All the while, critically acclaimed Atul Kochhar, the man behind Mayfair’s Indian restaurant Benares, was rustling up our menu in the Electrolux kitted out kitchen.

While all 18 of us lucky guests sat down at the long dining table, Atul promised us a night filled with modern Indian cuisine. He explained his unique approach to fine dining, by using regional influences and British ingredients. My, did he stick to his word.

We were almost mistaken for thinking that he had served our menu back to front, as we were handed espresso-style cups with froth you would ordinarily find floating on a cup of cappuccino. A clever presentation ploy, as we discovered it actually contained a spicy, warm soup originating from south India, called millagu thanni (literally translated as pepper water). A delicate rice crisp was placed at the top to gently cut through the flavours within the dhal, along with a sweet Riesling.

Next followed the home-smoked Margret duck, which Atul advised had been cured for six hours. Each thin slither had a charcoal tandoori crust, which was accompanied with a pickled scallion here, a drop of channa masala (chick pea) there and topped with English sliced pear for a tantalising, tangy, sweet and refreshingly eclectic taste. A well-matched white wine with luscious pear notes refreshingly enhanced the fruity flavours in the dish.

We then moved on to perfectly roasted scallops with various textures of cauliflower – conjuring my thoughts to a classic Indian dish – aloo gobi. Grated green and purple flowers dressed the plate with a gorgeous garnish. 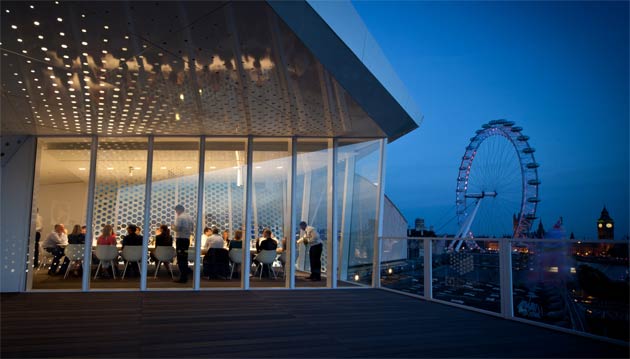 Beer and curry famously go hand in hand, so, after a quick surprise swig of chilled beer in a shot glass, we were served with Atul’s version of saagh gosht (spinach curry swept across the plate) with an utterly tender and moist rack of locally farmed lamb and tempered spinach.

As we rounded off our night overlooking the striking cityscape, we helped ourselves to Atul’s take on Indian mitthai (sweets) – daring pieces of cumin marshmallows and creamy almond fudge. Yum. 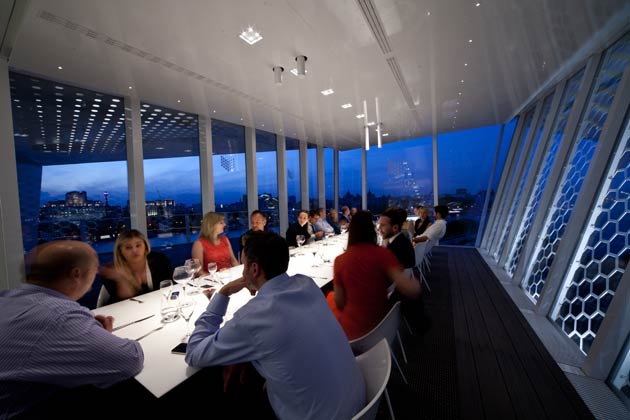 The Cube by Electrolux will be hosting its final fine dining experience in London on 1st January 2013, so be sure to book very soon to avoid missing out.