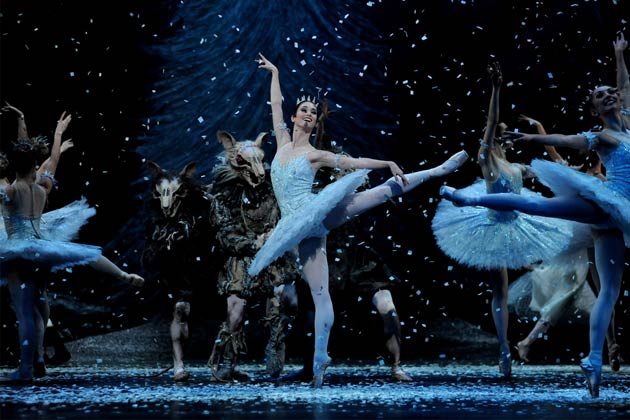 If you don’t quite feel like its Christmas yet, you will be readily whipped up and whirled into a winter wonderland with English National Ballet’s The Nutcracker.

This magical, mesmerising performance takes place this season at the London Coliseum – a stunning structure set in the capital’s theatre land and feel-good festive playing grounds of Covent Garden.

Fixed in a world of frosty Edwardian elegance designed by Peter Farmer, the suitably fanciful stage décor invites you in to follow an enchanting journey on Christmas Eve with Clara, her Nutcracker doll and the magician Drosselmeyer.

Each and every English National Ballet dancer brings to life Tchaikovsky’s eternally popular score, which is magnificently played by the company’s outstanding orchestra. Familiar favourites are the Dance of the Sugar Plum Fairy and the Waltz of the Flowers. Ingenious costumes enrobe the glittering cast, with sparkling fairy dust threads and exquisitely embellished Swarovski Elements crystal tutus and tiaras. 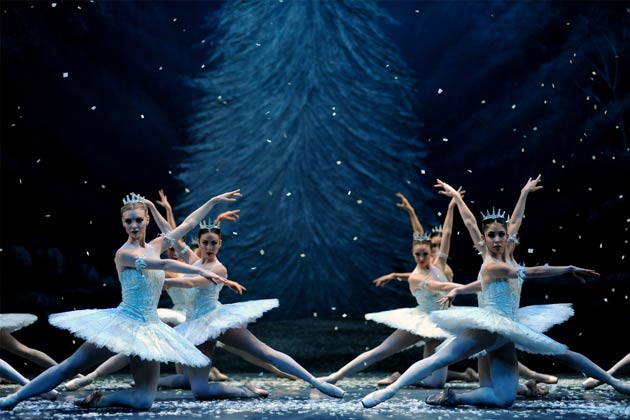 Daria Klimentová plays Clara with such enigmatic grace and poise. Strong turns and pirouettes and a glorious pas de deux bequeath her as the belle of this ballet ball. However, Vadim Muntagirov, who plays Drosselmeyer’s nephew, stole the show for us all on the opening night.

The Russian male star was awarded the title of lead principal by English National Ballet, in recognition of his exceptional dance ability. It was clearly evident throughout the performance, with his bold, boundless leaps of energy, smooth, faultless lines, sensational partnering work and his commanding stage presence. Lively scenes with the evil Mouse King will be sure to leave you enthralled.

The company has performed this iconic story every Christmas since 1950 and they’re certainly on to a winner. This year sees the return of choreographer Wayne Eagling’s version, which was originally created in 2010 to celebrate the company’s 60th birthday. We also hear that artistic director Tamara Rojo will appear later on in the season. 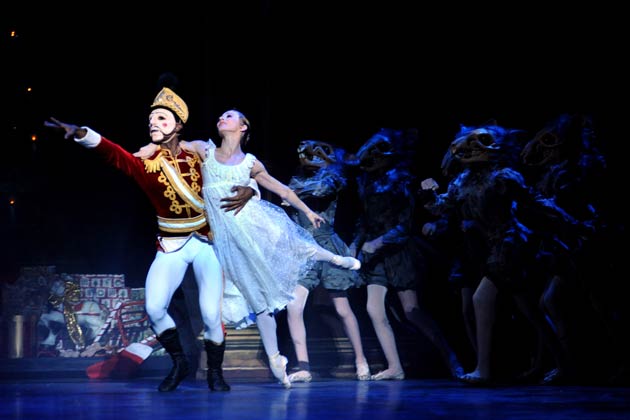 The Nutcracker plays on until 5th January 2013. Book your seats soon to avoid disappointment, as it’s set to be a sell-out show.

Also look out for tickets to see The Sleeping Beauty, which will be on in London from 9th-19th January. We can’t wait. www.ballet.org.uk