How many Bentley owners glance enviously out of the windows of their third-of-a-million-pound vehicles and wish they were driving an SUV instead?

Clearly enough of them, it seems, for Bentley has finally produced one of its own for the first time in its 96-year history – and it’s not just any old SUV, of course.

For a start, the Bentayga is the fastest and the most powerful SUV in the world, and it’s undoubtedly the most luxurious, by a mile.

If you want off-road opulence, the Bentayga is the car for you – and your £160,200 will buy you the best of British craftsmanship with the most tasteful, comfortable and exquisite interior you could wish for. 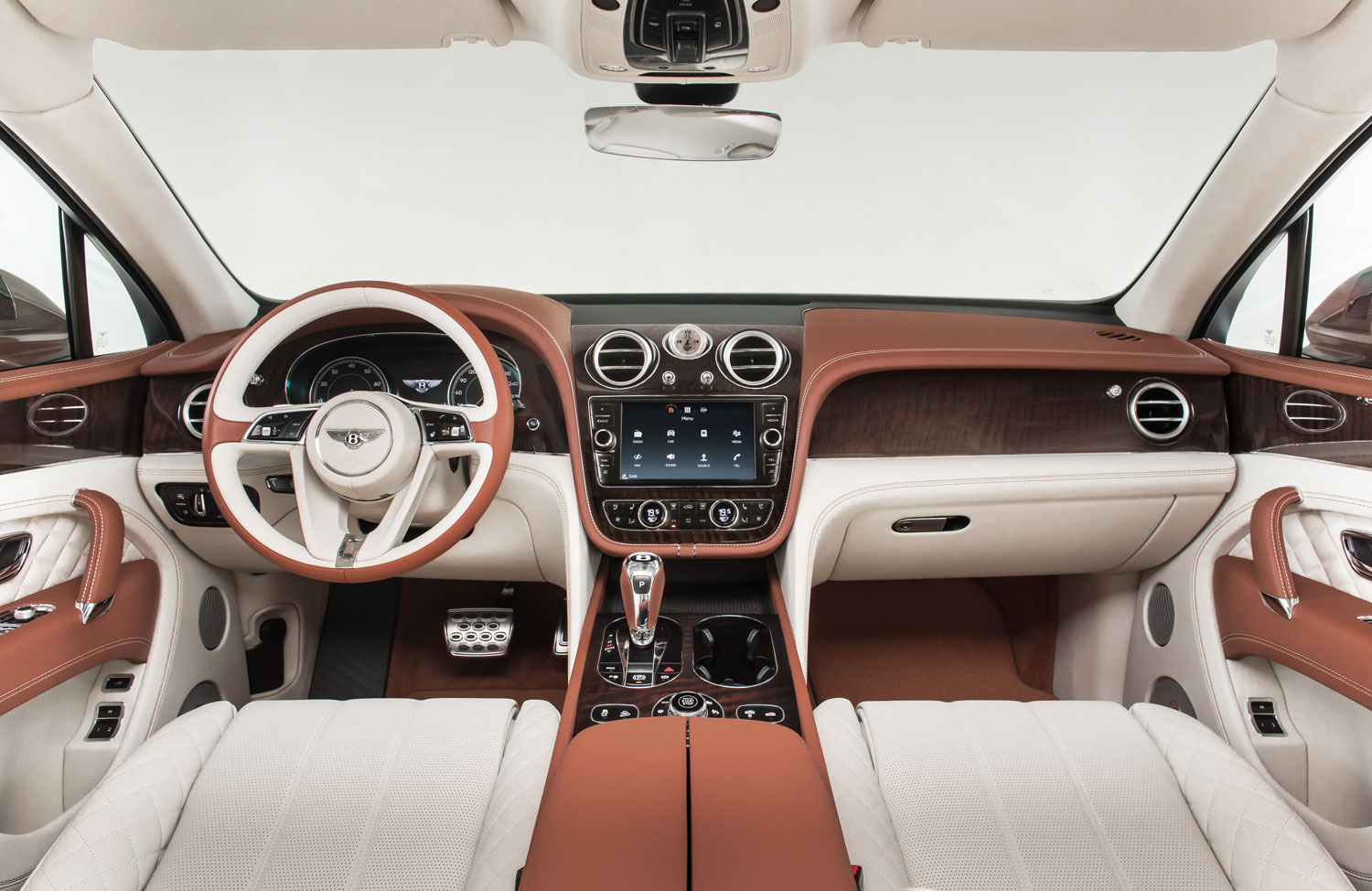 Having road-tested the £304,740 Bentley Mulsanne Speed in the Bavarian Alps in the Spring, I know just how seductive a handcrafted, high-spec Bentley interior can be, so anyone who wants a Bentayga and expects it to be the last word in luxury won’t be disappointed.

And while the original SUVs – or Sports Utility Vehicles – tended to put the emphasis on utilitarian, Bentley has gone to the opposite extreme while giving it all the utility a green-laner or off-roader could dream of.

That means it will go just about everywhere a Range Rover would go (though do watch that paintwork!), drive up and down steep slopes, and automatically regulate its own speed using its Hill Descent Control so you can concentrate fully on steering and avoiding hitting anything.

Anyone who’s driven a 4×4 down a steep and rock-strewn slope will know the wrist-breaking opportunities on offer when the road wheels turn suddenly and violently, so the Bentayga has a power-assisted steering system that protects you from steering-wheel kick-back whether on or off the road. 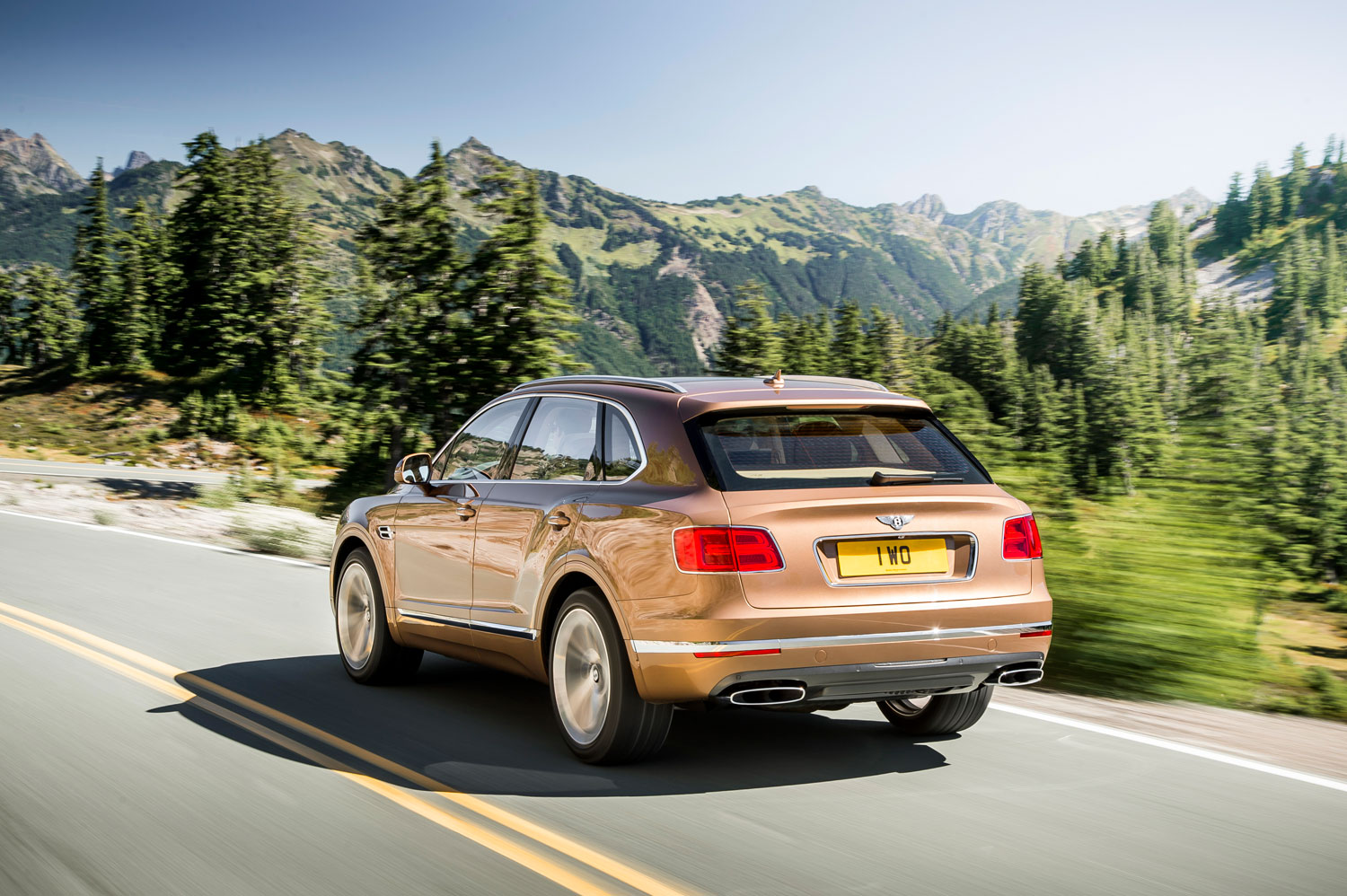 It’s a reasonable bet that most Bentaygas will spend their life on Tarmac, apart from the odd foray on to the grass at Badminton for the horse trials, so Bentley has created it as a proper road car, first and foremost.

Friends Of The Earth might want to look away now, as the Bentayga has a 12-cylinder, six-litre engine that uses its 600bhp to take the car from 0 to 60mph in four seconds and on to a breathtaking 187mph – performance that results, in US terms, in fuel consumption of 14 miles per gallon around town, 20 on the highway, and 16 combined.

Diesel and hybrid versions are on the way, and fuel consumption, quite frankly, is unlikely to be top of the list of reasons why people will absolutely love this Bentley and won’t hesitate to buy one. Or maybe two. 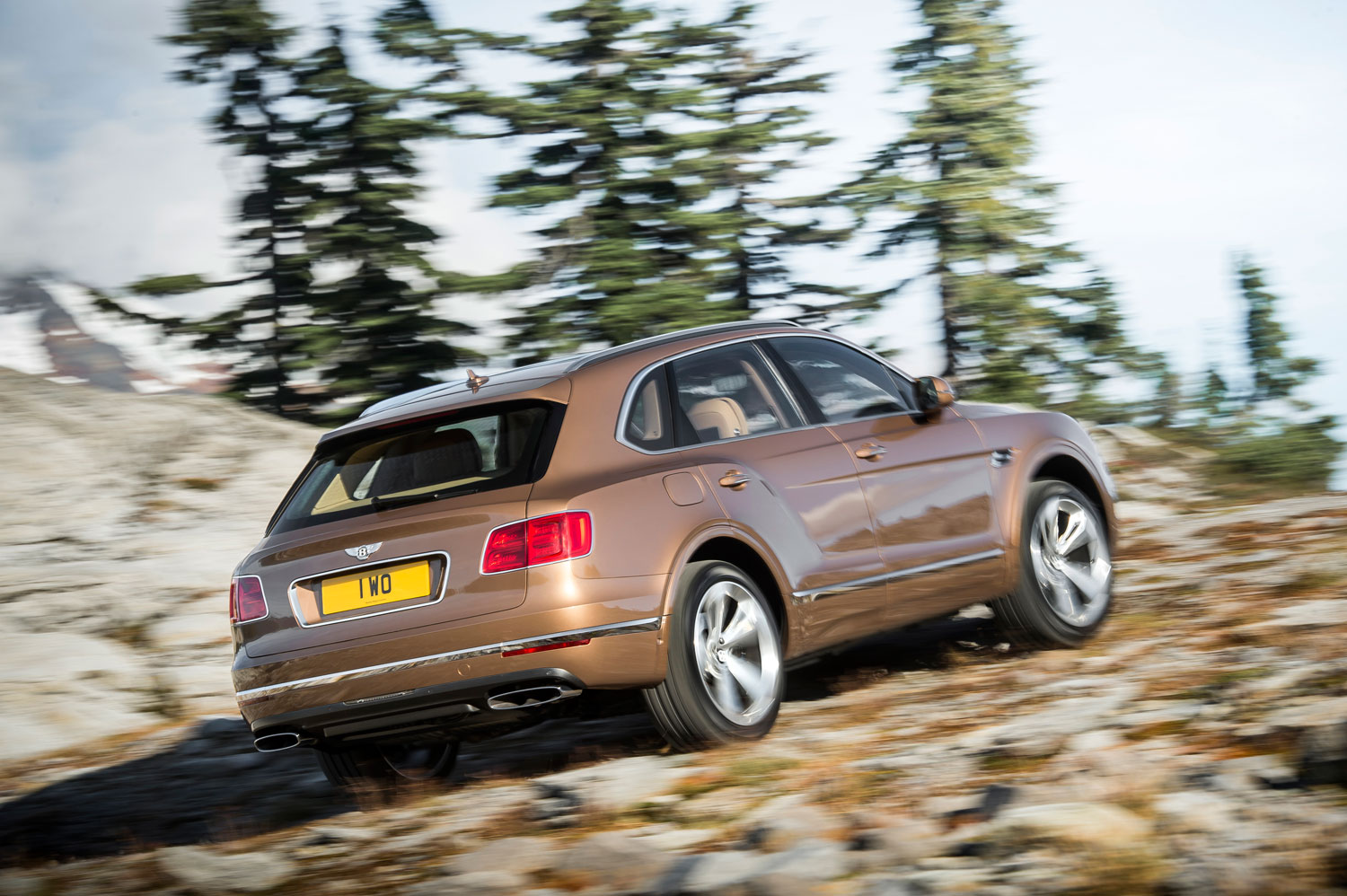 The Bentayga is unmistakeably a Bentley, through and through, and manages, for the first time, to make an SUV elegant as well as functional.

Like the BMW i8 I tested recently, the Bentayga has a heads-up display (a fantastic safety feature) and cameras that give you a simulated view from above when you’re in a tight spot, plus this Bentley can go a long way towards parking itself.

The Bentayga will make its public debut at the IAA Frankfurt Show from 15 to 27 September, and you can have yours from early next year.